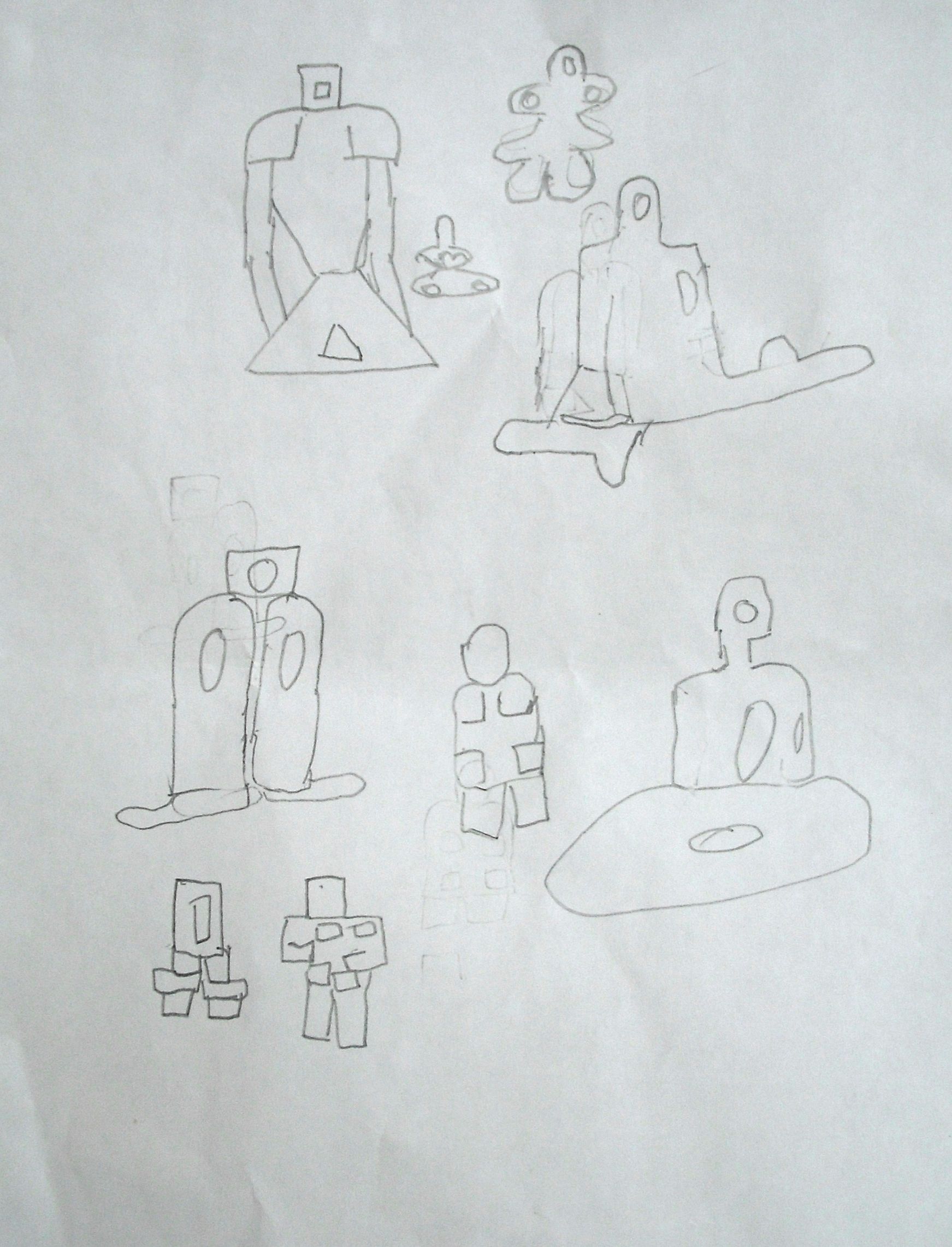 As part of our regular Artist Interiors feature, Outside In Artist Coordinator Hannah Whitlock visited Christopher Hoggins, an artist who lives in Hastings. Hannah speaks to him about his artistic practice and how it has influenced his living spaces.

I previously met Chris on an Artist Support Day back in 2015 at Hastings Museum. This was a session where I supported him to create an online gallery on the Outside In website. Chris has exhibited his work in venues across the southern area including The Towner in Eastbourne.

Chris has lived in his current home for eight years. He tells me his home is where he creates his art. I can see how his surroundings have influenced his work, or vice versa. Chris has vibrant collections of various toy figurines including Star Wars and some from Japan. He has been collecting figures since he was young and now has a large collection of all shapes and sizes. During a difficult time in Chris’ life, he was unable to leave his home for 10 years, “The world became big and small for me at the same time. I wasn’t able to walk to the shop to get some milk but I was able to order things from Japan”.

Chris shows me some of his recent art, already hanging on the wall, “it’s about taking something negative and turning it into a positive”. With a recent illness, creating artwork to express this has been paramount to recovery.

Chris’ mother was an obsessive cleaner. He left home when he was 17. “I really went to town and decorated my room when I left”. Some of his artwork has been spread across furniture within his living space, a bedside cabinet with happy clouds in a blue sky, a wardrobe with bold patterns, turning something plain into something with character.

Chris is known for his ‘Dweebling’ drawings. The friendly, cute characters which Chris uses to hide what’s really going on in the picture. “I like to see what I can get away with. If you put a smiley face on something people don’t see much else, just the cuteness, not the darkness”. Chris shows me some of his pictures to illustrate this example. He uses the Dweeblings to explore dark subjects such as poverty, sickness, madness, alienation, crime and victimisation and see how acceptable he can make terrible things by painting them in a simplistic manner, in bright colours and by putting a big smile on a character’s face. “There is a lot you can get away with by adding the face of a Dweebling”.

Visit Chris’ online gallery to see more of his work