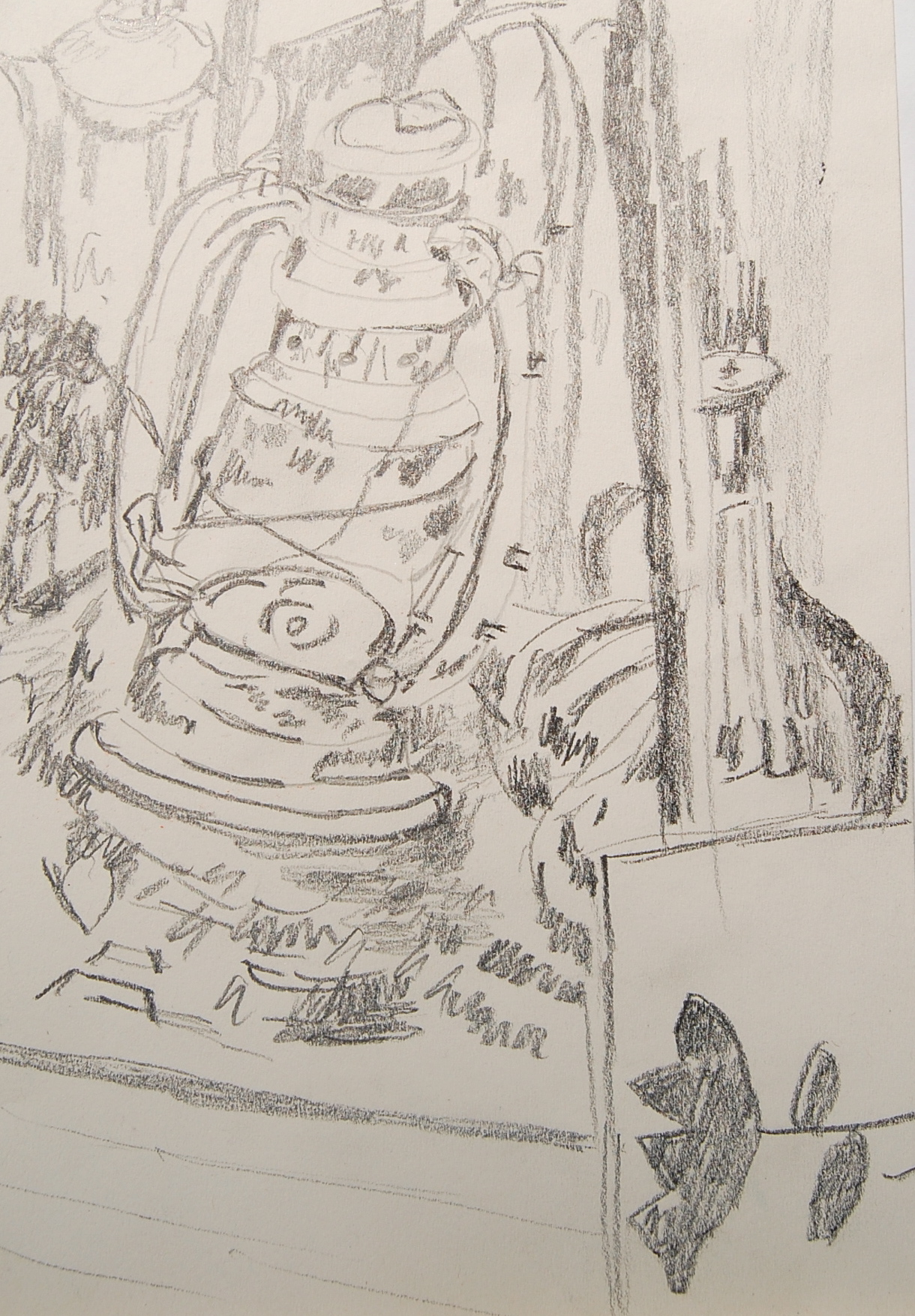 Dr Colin Cameron is a senior lecturer in Disability Studies at Northumbria University, part of Disability Arts Online (DAO), and a recently joined Outside In artist. In this piece, he discusses his ‘Mortraits’ project, where he paints copies of famous paintings with the face of playwright, poet and friend Peter Mortimer inserted in place of the subject’s.

In Autumn 2015, I’d completed a set of 24 small acrylic paintings for another pal and was wondering what to do next when my gaze fell upon Peter Mortimer. Mortimer is a septuagenarian [in his 70s] playwright and poet from Cullercoats here on the North East coast and a friend of mine. I’m fairly sure he’d be okay about me saying he’s as absurd as most of his works are. He eschews convention.

I’m not sure why I reproduced Sir Thomas Lawrence’s Pope Pius VII with Mortimer’s head on it, but I did. For some reason it gained attention locally, and before long I was being commissioned to produce more reproductions of classics featuring Mortimer’s physiognomy [facial features]: the Mona Lisa, different popes. I became obsessed. Velasquez, Goya, Van Houten, Munch, Da Vinci, Manet, Mengs, Passaroti, Waterhouse, Walther, Etty, Degas, Modigliani, Theodoescu-Sion, Bougureau, Chagall, Sargent, Hopper – artists I’d never or barely heard of, I was ripping off their work and replacing their forms of beauty with Mortimer’s mug. He developed distinctly feminine breasts. The brown finger is his ‘gravy finger’, a symbolic reference to the fact that if he’s ever out for a meal, he’ll finish everything on everyone else’s plate as well as his own. They became known as ‘Mortraits’.

An Audience with Peter Mortimer. After Modigliani

Mortimer loved it; it was all good publicity. I’d say that as I knocked them out, even if it was only over a few months, my painting skills improved moderately. The internationally-recognised Stuckist artist Paul Harvey, who lives up our street, identified me as a fellow Stuckist and sent photos of my work to the Stuckist founder, Charles Thomson, who confirmed my status.* 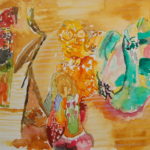 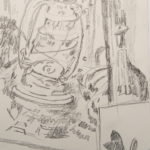 Following surgery and during time away from work in autumn 2016, I was invited to hold two exhibitions, one at the Whitley Bay Film Festival and the other at The Exchange in North Shields. There was a full-page review on page 3 of The Journal, Newcastle’s main newspaper. Local critic Martin Sarosi pointed out that “Most artists spend years learning to paint and aspiring to exhibitions. You’ve done it the other way round.” Since returning to work and getting sucked in again to the relentless busyness of teaching, I’ve had little opportunity for painting. In my spare time, I’ve been working towards completion of an inane epic poem entitled Jack and Bill and The Fogrunt Amulet to be published by The Iron Press later this year. I have recently started producing paintings which will appear as illustrations to that.

Mortimer eating his son because there arent any more leftovers. After Goya

Sometimes I look at the Mortraits and all I can see is imperfection. Technically they’re ridiculous and basically fucking stupid. Other times I look and I’m astonished at their complicated beauty. And I think, well, that more or less sums up what existence is about. In The Journal article, Mortimer is quoted as saying: “The display at The Exchange is the only arts exhibition I have been to where people were laughing their heads off. Now I feel quite flattered.” It’s all absurd, complex and bewildering.

Art changes everything. Not necessarily for the better.

See more of Colin’s ‘Mortraits’ on his online gallery here.

* Stuckism is an international art movement founded in 1999 by Billy Childish and Charles Thomson to promote figurative painting as opposed to conceptual art.