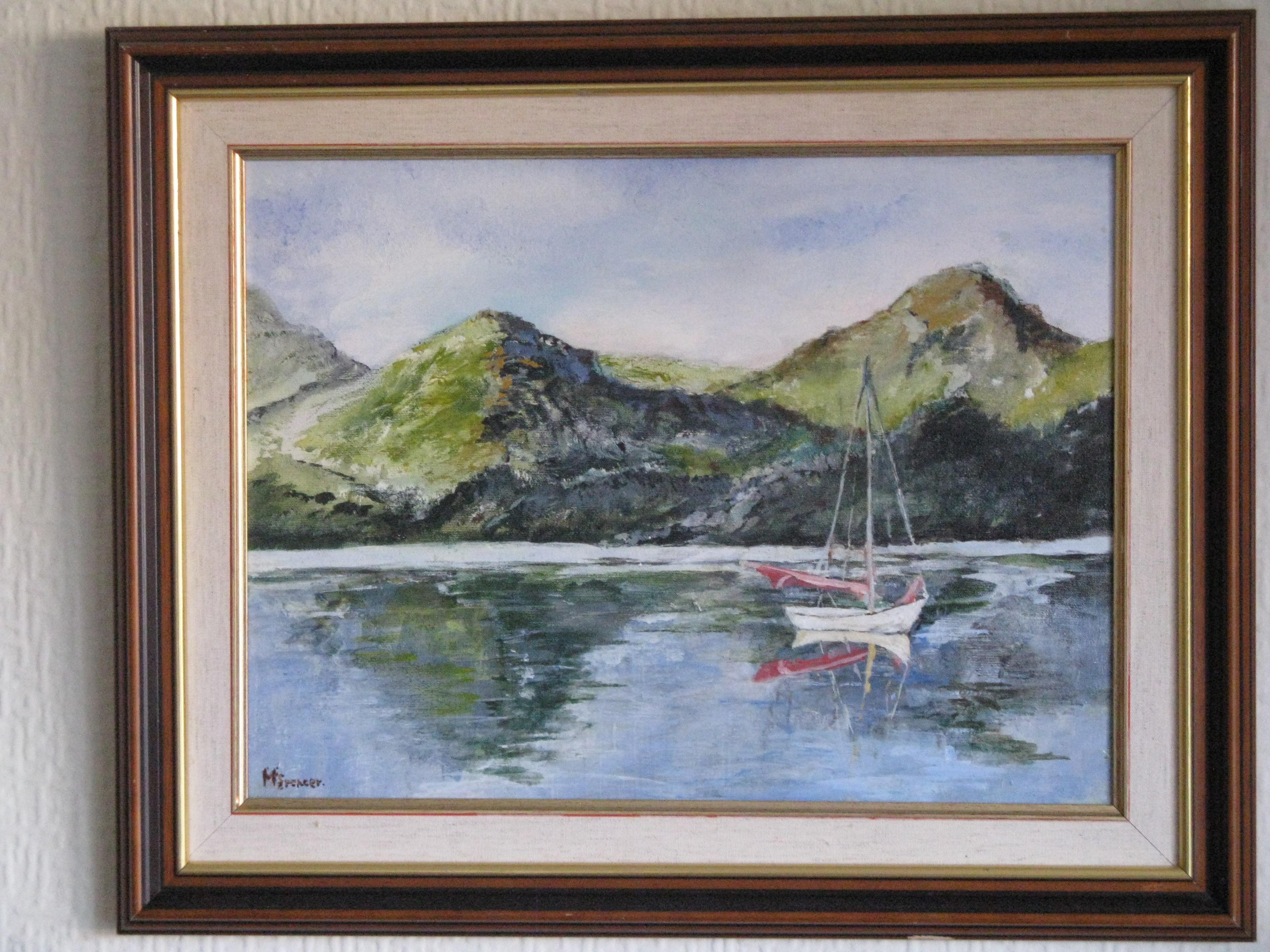 This latest blog post is written by Outside In artist Andy Crosbie, who makes paintings of his holiday photographs.

“One of the subjects I regularly make paintings of are the photographs I have taken during my holidays to a variety of different countries in mainland Europe.

At first I started experimenting a bit with paints and pastels to represent the sunsets I had experienced. These include a sunset over the North Sea from the Dutch town of Zandvoort in North Holland while I was visiting in the spring of 2014. This was painted in Acrylic. Another sunset I have chosen to feature is the sunset over the village of Sankt Gilgen on the shores of Lake Wolfgang in the “Salzkammergut” region of Austria, which I visited in 2013. I chose to do this one in pastels as the colours were much softer.

As well as the sunsets I have also produced several pictures of different city locations throughout the continent, each featuring the differences in landscapes; from the skyscrapers in Frankfurt I visited in summer 2016, to more laid back canal side houses found in Amsterdam and Venice in spring 2014 and 2017 retrospectively. Using both acrylic and watercolors I have managed to capture all of these locations and their vibrant colours.

Other subjects I have regularly worked on include the lakes and mountains found within Alpine parts of the continent – like in Austria, Bavaria, and Switzerland, and in parts of France and Italy. I visited the French Alps at Lake Geneva in summer 2015, where I produced this painting of one of the steamers up close.

As my trips have taken place at different times of the year, I have managed to do some seasonal pieces of work. For example, as I visited the Netherlands in Spring during the traditional bulb field season, I have completed some pictures of the tulips up close. These images were captured during a visit to the famous Keukenhof Gardens. I have also worked on bulb fields I’ve seen during boat trips. In addition to this, I have captured many of Europe’s traditional Christmas markets.

As well as using my own photographs, I have used other sources to obtain images to reproduce. For example, I used a chocolate wrapper to do this image of Prague following my trip in autumn 2017, and I’ve also used various postcards collected over the years.”

Click here to visit Andy’s Outside In online gallery