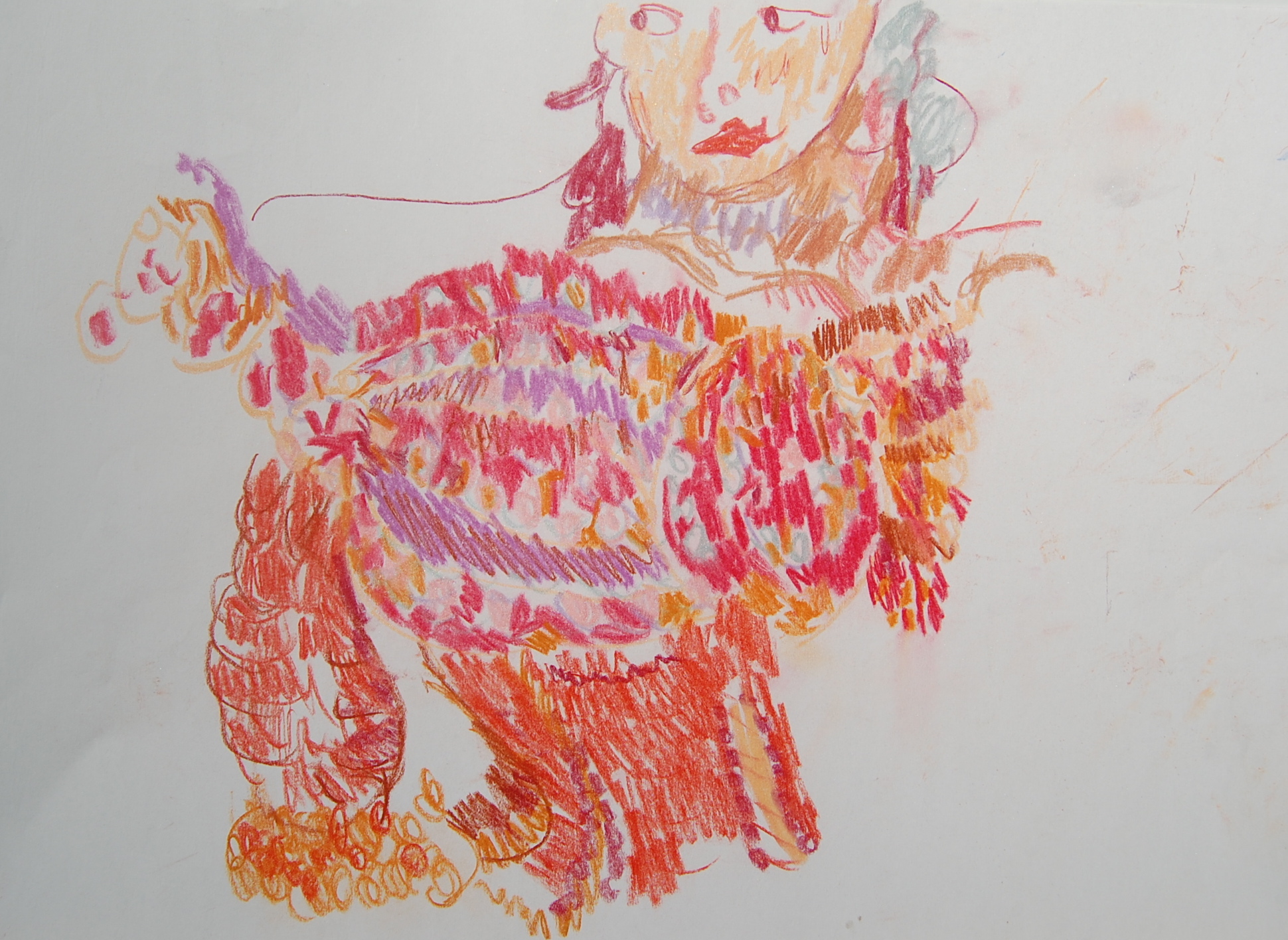 Andy Crosbie, who joined Outside In in January, shares how art helped him after his grandmother’s passing in Spring 2016.

About 3 months after the bereavement I had started to become very anxious and stressed through not sleeping/eating very good and generally very down and also particularly at night felt there was somewhere to be but didn’t know where, given I had spent a lot of the past 5 months at care homes or hospitals visiting her. After a discussion with a work colleague about how I was feeling I decided to refer myself to the Employee Counselling programme to try and get some support.

I started seeing a counsellor a few months later and received a total of 3 visits to them, where we spoke all about my grandmother different things other people had done to remember, loved ones e.g. creating a memory book and also visiting places we used to go together, which I have been doing and has brought back a lot of happy memories. I had previously (following on from school) done a bit of landscape painting, mainly landscapes from holidays, so we also spoke doing some artwork. I have done some landscapes from the Isle Of Bute off the Scottish West Coast as well as flowers and butterflies as she was also very fond of these.

I also started attending a local charity for complementary therapy as well. This consisted of various treatments such as massage and reflexology. One of the therapist’s suggestions was to also look at doing meditation. I had found a few meditation music CD’s in the house. From listening to these this has inspired me to do a few wee paintings themed around the sounds within them. One of my CD’s is the sounds of a coral reef so I have been working on fish quite a bit lately.

Getting back into the art after not having a lot of time has also encouraged me to start attending the Project Ability in Glasgow. This has allowed me to learn several new skills such as how to do snow scenes and also a technique using felt pens to do a wash. I have been using these in my day to day artwork and also attending this group allowed me to get a picture into the Project Ability Christmas Show. Look out for more work to be shared in my gallery on Outside in and also on my Facebook page.

All images by Andy Crosbie