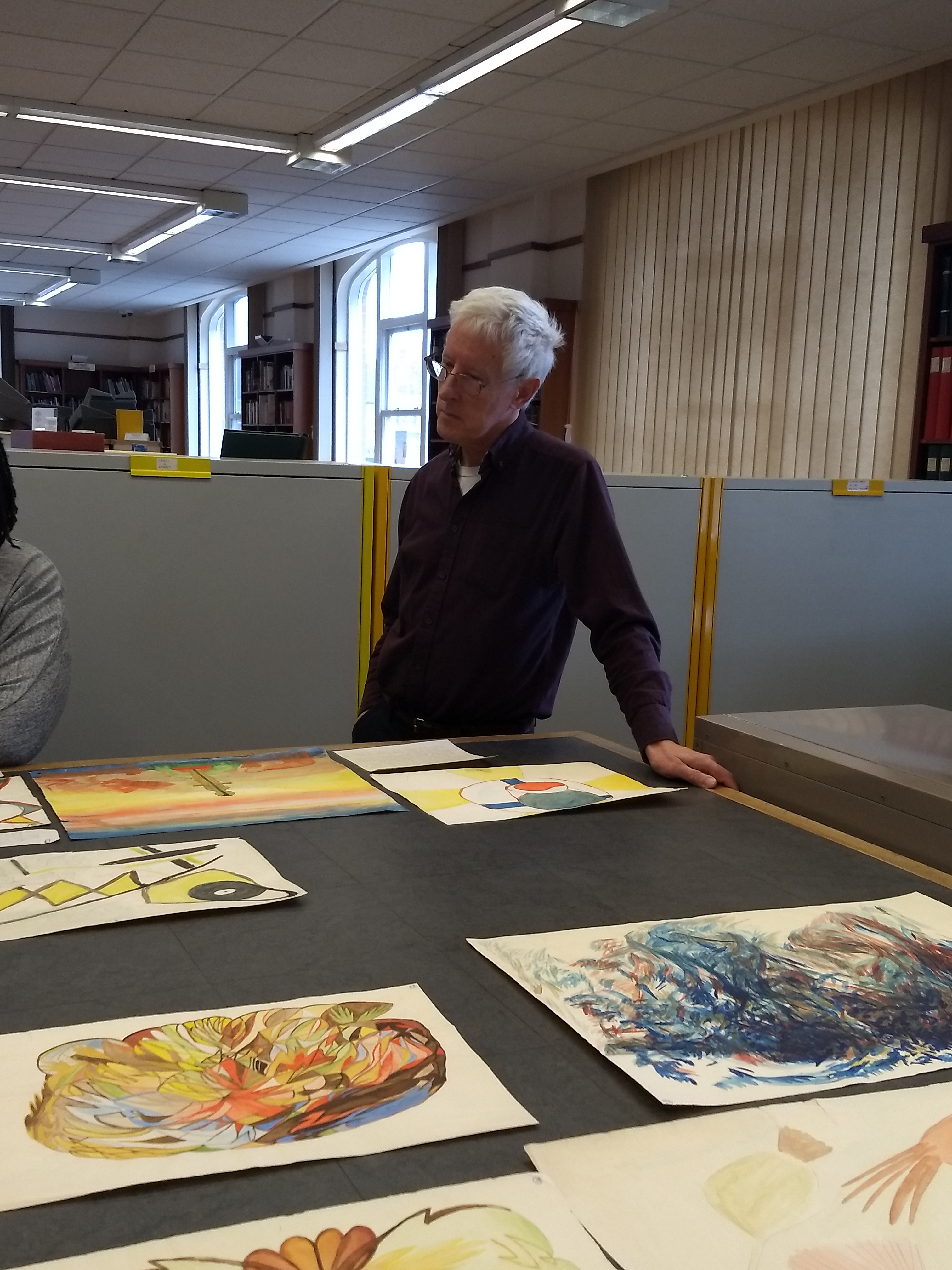 Art or art therapy? That is one of the key questions which was raised again for session seven. Discussion was aided by a visit from an art therapist and Alan Vawdrey – the doctor’s son. Here project consultation co-ordinator Rachel Johnston shares more.

Art therapist Tim Hockin with some of the collection

Session 7 on Monday 4th March certainly provided lots to think about and much discussion amongst the group around some of the key issues attached to the Vawdrey artworks. We were joined for this session by Tim Hockin, an art therapist with many years’ experience, who gave us a perspective on the artworks from the point of view of a contemporary practitioner. In the afternoon, Alan son of Dr Brian Vawdrey, the doctor under whose supervision we think this work was originally made, came to tell us a bit more about his father and the kind of man he was, illustrated with some very moving and funny stories! The session really focused on some of the ethical dilemmas that the project has raised, revisiting these and attempting to move forward in our thinking about them.

During the Vawdrey archive project, we have been trying to establish the status of the artworks – are they art or art therapy? Or, perhaps, viewable as both? If they are artworks, who owns them and are they still in copyright? Should they be shown in the public realm or their use limited to a handful of researchers? If we want to show them, would it be most ethical to include the name of the artist or would this breach confidentiality…and what if we don’t know their names? Many questions … and although it feels as though we are moving towards being able to make some more concrete decisions about the artwork and how it might be accessed in the future, there are no clear and definitive answers.

As you might expect, the group of artist consultants had a range of perspectives and experiences to draw on in this discussion and on the distinctions between art made in a therapeutic context and art made just as art. Tim made the point that in art therapy there are inevitably rules and boundaries, but the experience of making art in this context is always moving and changeable – an apt description of the Vawdrey project itself.

Click here for more on the project so far