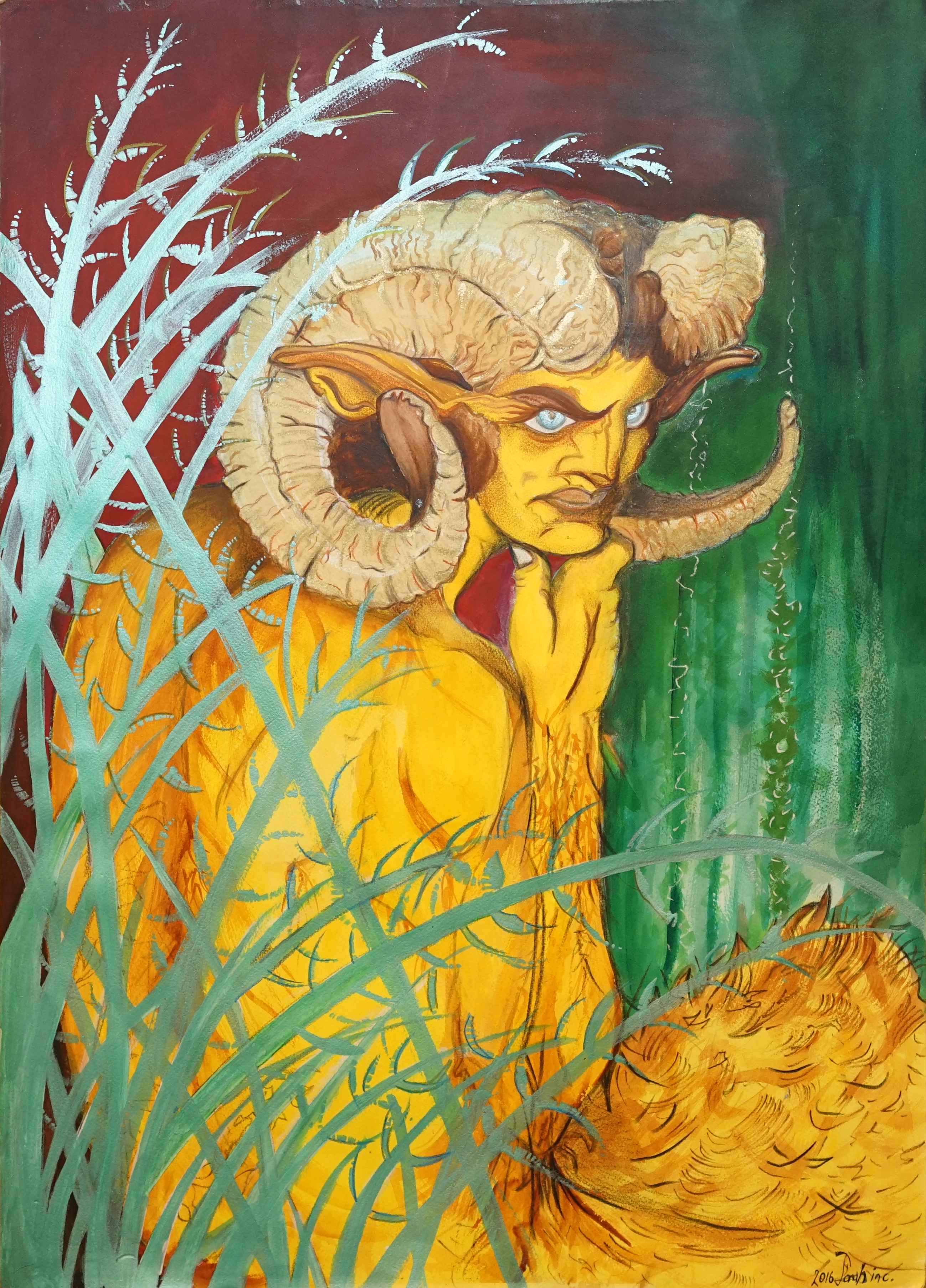 David Jones won an Outside In Award in 2009. He is among 17 artists who have their work included in our 10th Anniversary Show, which is currently on display at Pallant House Gallery, Chichester. David took a moment to sit down with the Outside In team to talk about his experience of winning the award and what effect it had on his life as an artist.

What is your background in art?

‘I started to get back into my art in prison. Bear in mind I was in prison for something I didn’t do – a case of mistaken identity. While I was there I was detoxing quite heavily from quite a lot of drugs and I started accessing an art group on a Monday, then access it more during the week, four days a week going to art groups. After five months, when I went to court I got acquitted straight away. I came out with three portfolios – they were big – I’m talking A1 work.’

What medium do you usually work in?

‘I have worked in acrylic, watercolour, pastel. I have tried every other medium beside oil. I always had a fear of oils.’ What made you decide to enter your work for the Outside In open exhibition?

‘Basically I didn’t know anything about it until I got a letter from Simon and Chris [at Creative futures in Brighton]. Simon had secretly, without telling me, put in my painting of Baby as a piece for the competition. The next I knew I was one of the six winners. When I came [to Pallant House] with my sister and the exhibition was on, and there were a few photographs and things, I remember my sister saying to me “this is the start of quite a few things for you – beginning of your career”.’

How did you find having your first solo exhibition?

‘The private view was brilliant, everyone rallied round –  I was really pleased with the effort that other people had done for me.  I was really involved in it – even the framing – a lot of my stuff was recycled and half wasn’t –  I also shelled out £700 at the framers to get everything done to perfection – as to how I wanted to do it.’ How did things change after winning the award?

‘Once I got told – that there would be a ceremony – we would all get certificates. We got told we could either choose from a residency or an exhibition. A few of us got both. It started off as a one-year residency then added another year. It became a two-year residency. All the work in the exhibition was from the residency – all new work apart from Icarus which I started in prison. When I had the private view I sold six paintings on the night. That didn’t hit me till a couple of months after. Problem with being a drug user – a lot of your emotions are delayed because of what your mind and body has been through. It was certainly the case with me. I didn’t express any joy or happiness until a couple of months down the road, which was a bit strange.’

How has your work developed since?

‘Massively. It has got more surreal. I am looking at illustrators like Rackham and Robinson. I am still following Goya. Now that we have iPhones, we just have everything to hand. If there is something I am interested in, I can find it.’ Since winning his Outside In Award, David Jones has presented work in numerous exhibitions including shows at Worthing Museum, Shoreham Community Centre and the Brighton Fringe Festival. David is an Outside In Ambassador, representing the organisation at various events. His painting Pan is currently exhibited as part of Outside In’s 10th Anniversary Show, in the Studio at Pallant House Gallery, Chichester until 30 October 2016. Entry to the exhibition is free.