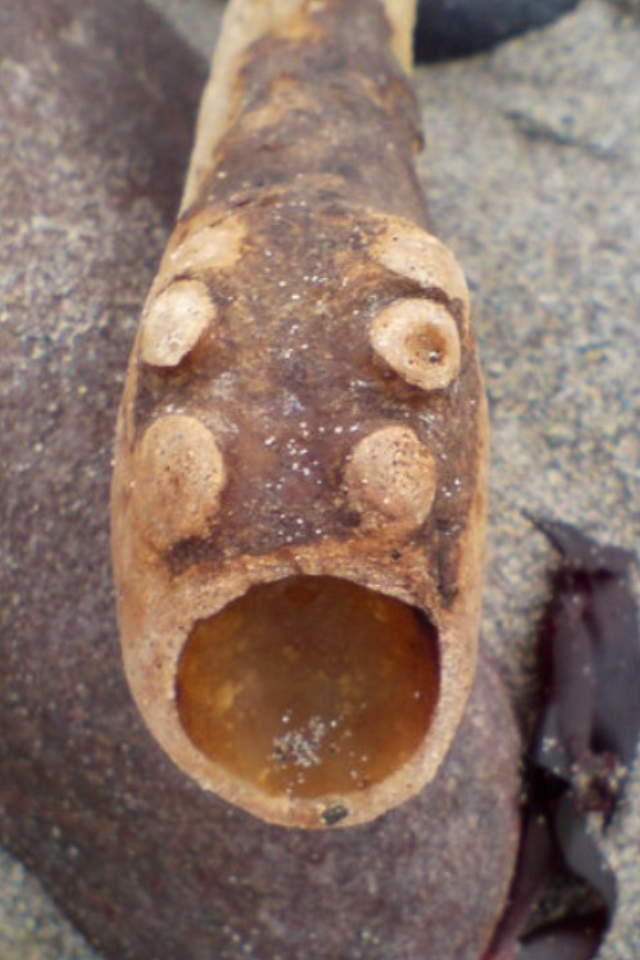 Over the course of our ten-year history, Outside In has provided numerous opportunities for artists who see themselves as facing barriers to the art world for reasons including health, disability, social circumstance or isolation. Last year we opened our fourth national open-call exhibition and continued our tradition of selecting an artist or artists from our major shows to receive an Outside In Award. Award Winners are given a solo exhibition at Pallant House Gallery, which is seen as a significant professional opportunity and can provide a major step up in an artist’s career. The recipient of the 2016 Outside In Award was James Gladwell, an artist working at Barrington Farm in Norfolk.

James Gladwell, The Tree with the Twirls On

James was selected from 20 Outside In artists featured in Radical Craft: Alternative Ways of Making, which continues to tour the UK until the end of 2017. A collaborative touring exhibition between Outside In and Craftspace, Radical Craft presents artwork by contemporary self-taught artists who align themselves with Outside In, alongside work by historically renowned artists associated with the Outsider Art movement. The works featured have been crafted from natural materials, plastics, textiles, metal, glass and found objects. Each artist has worked intuitively with their chosen medium, creating work which is at times autobiographical, often surreal and which challenges the conventions of the typical artist or craftsman.

James Gladwell works with textiles. He draws directly onto found pieces of fabric, before stitching over his intricate designs with colourful cotton threads. It was his piece entitled Foreign Birds that caught the attention of our guest judge Marie-Rose Lortet who named James our 2016 Outside In Award Winner. Lortet, a renowned Outsider Artist who works with textiles, said of her selection:

“I chose James Gladwell because of my sensitivity to, and my knowledge of threads. In Foreign Birds I see the air [space] in between, and it feels as if you are gliding over the world. I believe the artist searches for serenity and calm through his work.”

Stitching is something that is portable, relaxing and satisfies James’ need to create. His drawings express whatever is of interest to him at the time; memories, television shows, the world around him and, increasingly, his dreams.

“I used to use a book to draw pictures, now I do it the way my mind tells me. Like at night time, you have a dream and you can put it straight onto cloth. If I get things in my head, I start drawing. If I dream something I got to put it down on the cloth right away the next morning that’s still in my head. That’s where most of my drawings come from, the dreams. My passion is all my needlework. I get my inspiration from my dreams, like an island with the birds, and the mermaid. If I can’t sleep, I like doing sewing or something like that. Keeps me going.”

The works selected for his solo show include depictions of mermaids, mushrooms, sea creatures, birds and animals. The images are delicately yet confidently stitched in vivid colours and their placement within blank white space gives James’ embroideries an infinite, dream-like quality.

Born into a Romany Gypsy family in 1950s Essex, James was taught how to sew by his grandmother. Under her guidance James would decorate place mats with cross stitched flower designs. He left his family at nine years old and spent his early life on the road or running away from various homes and authorities. Aged 13, James spent some time at a training centre in Essex where his sewing abilities were encouraged further. In 1981, James was invited to live with the founder of Barrington Farm in Norfolk, Jan Bastow. He was one of the first artists to use Barrington Farm when it opened as an independent day centre for adults with learning difficulties in 1987. James has learnt skills such as crochet and knitting in Barrington Farm’s Art Barn but, highly independent, James chooses to work a lot in the quiet of his own company.

James Gladwell: The Dreams will be on display in Room 6 of Pallant House Gallery from 8 April – 4 June 2017.

Radical Craft: Alternative Ways of Making continues to tour nationally until the end of 2017. The exhibition is currently at Tullie House Museum and Art Gallery in Carlisle until 26 March 2017.

Click here to visit James Gladwell’s Outside In online gallery.