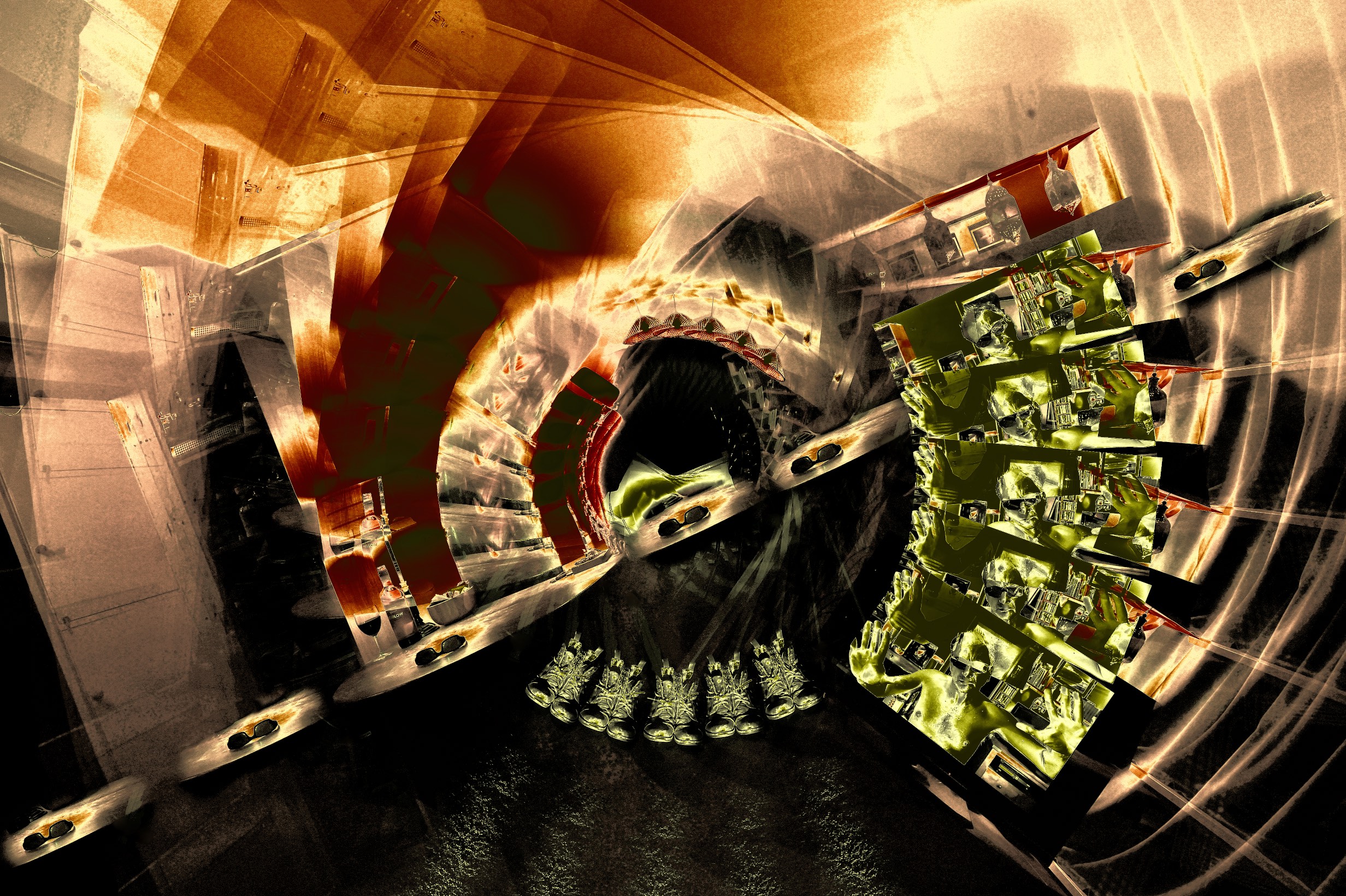 This year we’re celebrating ten years of Outside In. To mark this milestone, Outside In’s 10th Anniversary Show brings together seventeen Award Winners from past Outside In exhibitions. Photographer Andy Hood won an Outside In Award at our first exhibition in 2007. We took a moment to talk to Andy about his work with Outside In over the years.

How did you first get involved with Outside In? What happened after winning the award?

As a winner I got to have a solo exhibition at Pallant House Gallery, which was a great experience. After the exhibition the staff at Outside In asked me to document the Gold Rush project, working with Carousel in Brighton. Since then I’ve documented exhibitions, private views and other events for Outside In. I’ve also done more work for Carousel and did a project for Chichester District Community Trust. Has this influenced the work you make? Do you do more documentary-style photography now?

I enjoy the documentary photography but it is a separate thing from my art, which is fine art photography. I am interested in other dimensions. I use multiple exposures to create extra dimensions. I take loads of pictures and edit in the camera, playing with effects, using it like a sketchbook. I have to take a lot of pictures to achieve the effect I’m going for. The documentary photography is a very different thing. To describe the photograph on show here I would say, I see space as fractured dimensions that can be free and open or closed and restricting. The internal and external merge and flip in space and become reality. How would you sum up your experience with Outside In?

Winning the award gave me a real boost and continuing to photograph for Outside In for the years since has been great. I’m really grateful for the support I’ve received from the Outside In team.

Outside In’s 10th Anniversary Show is in the Studio at Pallant House Gallery, Chichester until 30 October. Entry is free.

To mark our 10 year anniversary Outside In are running the £10 FOR 10 YEARS fundraising campaign, collecting donations of £10 to support the continuing work of the project. If you would like to make a donation please visit www.justgiving.com/fundraising/Outside-In and share using the hashtag #10for10years