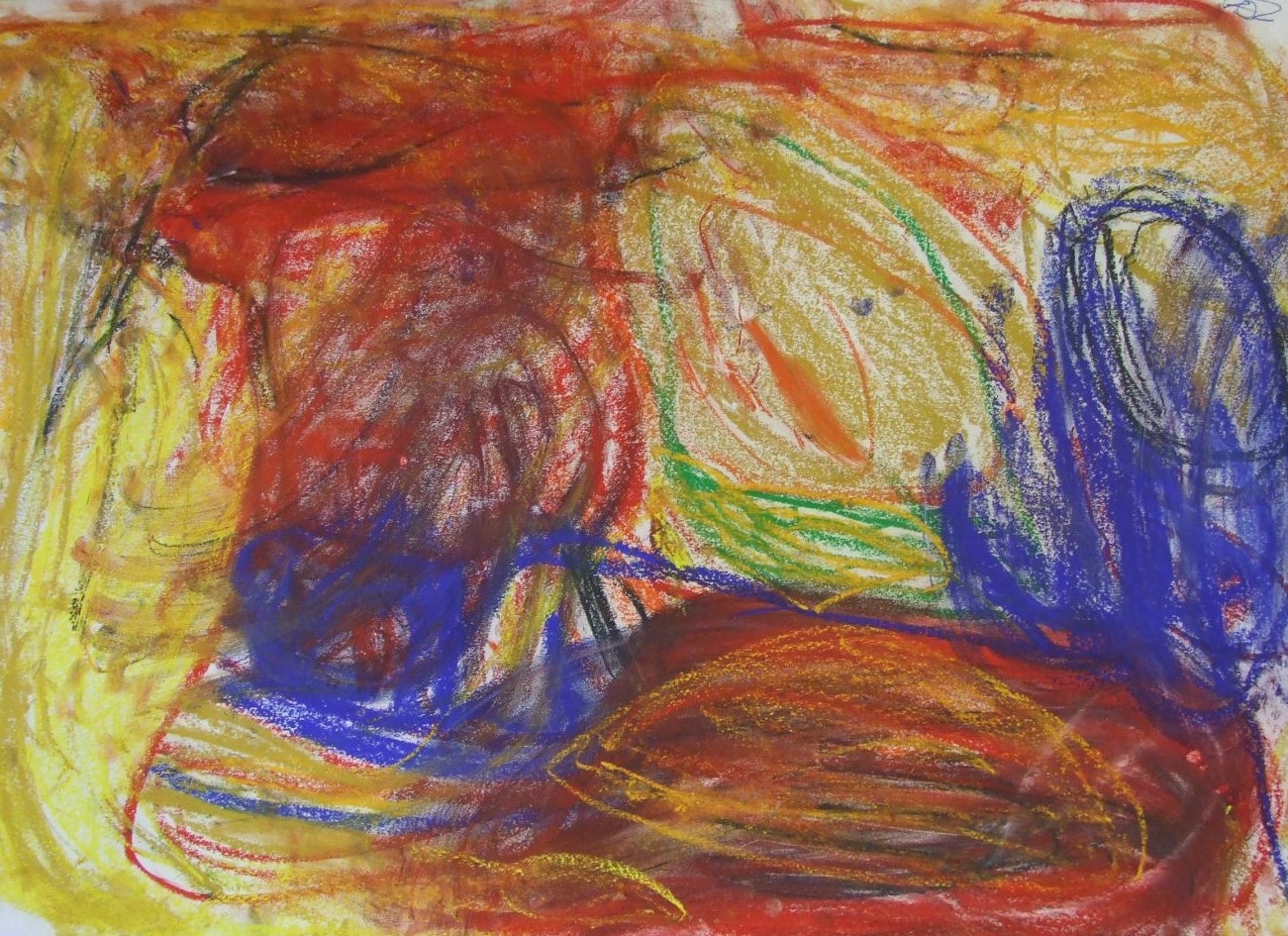 Perceptions 2016: The Art of Citizenship showcased a diverse range of artwork from over sixty artists working in supported studio settings, across Ireland and internationally. The exhibition took place in five venues throughout the city of Cork during September and October 2016. Work by Outside In artist Beth Taylor was selected for inclusion in the exhibition. While Beth wasn’t able to make the trip to Ireland, Sally Deakin, her art teacher at Manor Green College in Crawley, attended on her behalf. We asked Sally to write about her visit to the exhibition.

When we received the email telling us that Beth’s painting Panic Room has been selected for Perceptions 2016 we couldn’t believe it. We danced and screamed around the room we were so happy. All the painting group were thrilled and we had tea and cake to celebrate!!

Beth didn’t think she would be able to go to see her painting at the gallery in September so I said I would go and take some photographs and try to film what happened on the opening night. I booked my ticket with Ryan Air and felt excited when I showed it to Beth – neither of us could quite believe it, that it was actually happening.

I arrived in Cork on 15th September and went straight to the Crawford Art Gallery. The art work in Perceptions 2016: The Art of Citizenship had been selected from worldwide submissions and I had no idea of what to expect. The Crawford Art Gallery is a red brick Victorian building but inside it was the most marvelous modern, light and airy glass gallery. I wandered in and introduced myself to an assistant who explained I was three hours early and to come back later at 7 o`clock, which I did.

The whole place was humming – alive with artists and their guests. There was a workshop area with art equipment to draw/mark for personal impressions of the exhibition, refreshments and most exciting of all lots and lots of artists who wanted to talk about their artworks. It was overwhelming and thrilling all in one go!

I went and took a photo of Beth’s work – on a main wall in between two large paintings – people were looking and admiring it – I felt so proud for Beth – all her hard work and worry over her work and here it was in the middle of an exhibition with strangers talking about it saying how good it was – oh my goodness!!!

The recently retired Director of the Modern Art Gallery in Dublin had come to officially open Perceptions 2016:The Art of Citizenship and after her speech , drink was had and lots more laughter and talk.

This is what some people said to me:

“Stunning –I am blown away”

The exhibition was held over five different venues, all around Cork – I visited them all. Each one had a different feel but all were full of colour, energy, imagination and artists and the public discussing art!

I rang Beth and held my phone in the air so she could listen to the talk and general atmosphere of the night, she said “I have a smile on my face and tears in my eyes”, so did I.

The next day was Cultural Night over all of Southern Ireland, so there was another opening for the exhibition. I went along again and this time there was a catalogue and a game/art activity made from all the artworks. Each painting/drawing had been made into postcard size and on the back of each image was an activity or suggestion of an art theme to follow connected with the image on the front. Beth’s work was now an art activity and being sold to the public – it was great.

The exhibition was breathtaking, challenging and humorous, moving and beautiful. I can’t thank Hannah from Outside In enough for pointing us in the direction of Perceptions 2016: The Art of Citizenship because we would not have considered submitting anything if it were not for her. Thank you Hannah. I had a wonderful weekend and Beth had her work exhibited. A win, win situation for all.