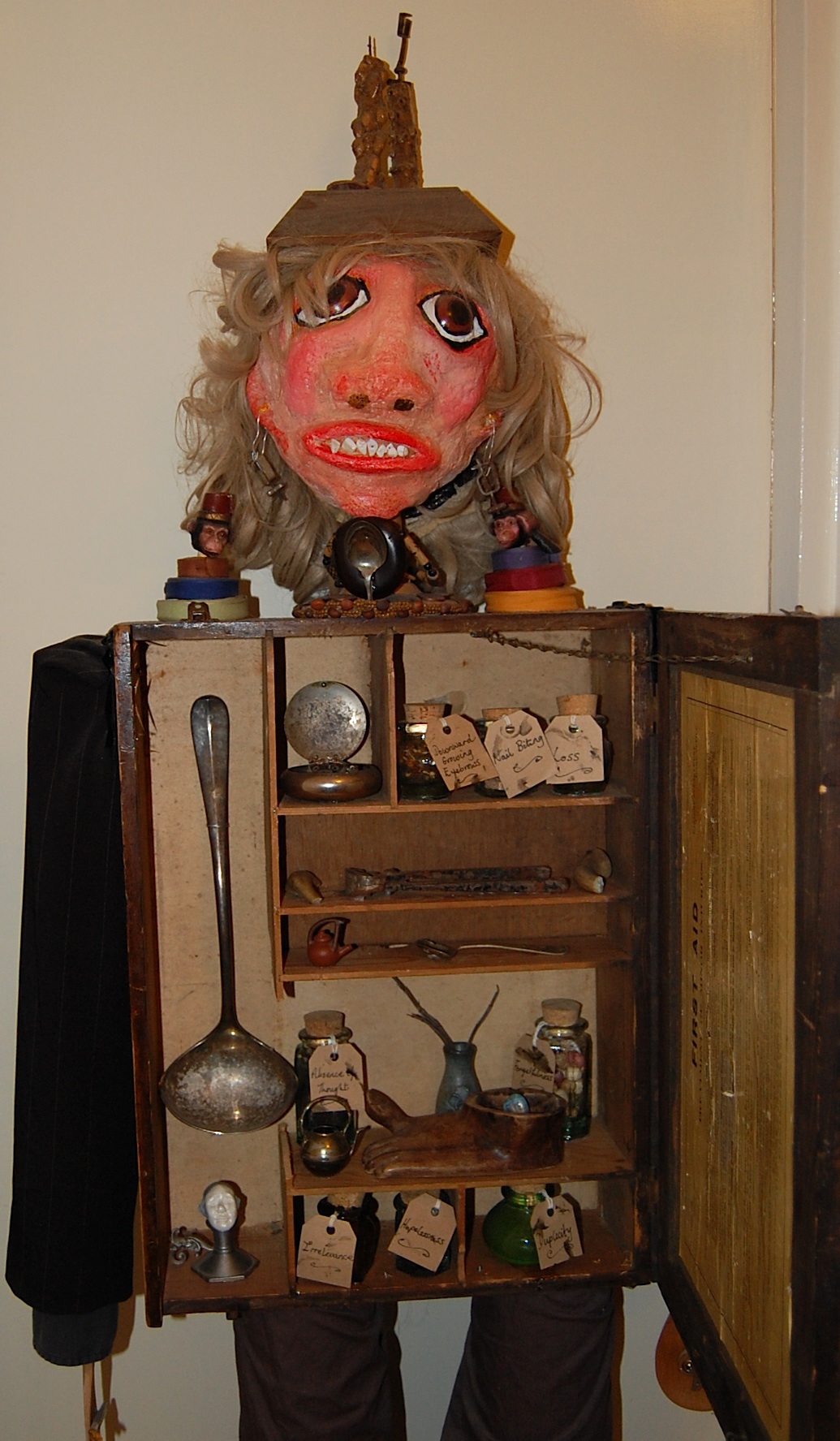 This blog is written by Laura Miles, Outside In’s communications coordinator, who was in the audience last week for the first Share Art at Fabrica, Brighton. The event saw artists come together to present and talk about their artwork.

Never have PowerPoint presentations been so moving, inspiring, exciting and meaningful as they were at Share Art. I found my eyes captivated by the artwork, the talent and the passion shown on screen, but it was the accompanying stories which really captured my soul.

Clarke Reynolds was the first to the stage and began by explaining how, as a visually impaired artist, he calls on the other senses to create his work.

From listening to a recording of the hovercraft coming in to Portsmouth (see ‘Rough Seas’ above) to the use of coconut oil on his Tranquility canvas and always serving up freshly baked bread when his painting of a Kent wheat field is on show, it was a fascinating presentation and one which certainly – and fittingly – has given me a new perspective.

From printing in a room at her mother-in-laws to how long stints of unemployment led to a fascination with people who worked – so much so pictures of employees leaving their offices could become a basis for artworks, Annabel Wyatt‘s talk took the audience on a journey.

Fusion was a key word during Jess Levine‘s show and tell as she expressed a keenness for the viewer to bring their own explanation to her collages/paintings/printing.

“My aim is for there to be a dialogue between the different disciplines”, she explained.

German-born Eva Marschan-Hayes got the audience’s brains working as she invited them to find the animals hidden in one of her mirrored illusion drawings (see left).

As we all sought to name the last one at the bottom – alongside the rabbits and fox – I found myself able to see each animal that was called, including the lobster, apart from the correct answer of a chicken!

She also shared a collection of her photographic pieces and told how art had been a form of therapy in her life.

Chris Hammond‘s collection of artwork showed a clear talent in many mediums, something which was made even more remarkable by the revelation he ‘didn’t touch art for 40 years’ after leaving school.

The artwork included an airbrush piece which linked to his time working on the temporary tattoo stand at local fairgrounds to detailed and atmospheric acrylic landscapes.

Storm in a Tea Cup by Melanie Hodge

“The first thing I do on a piece is sign it – if I get to the end and have forgotten their would be no room,” that one sentence goes some way to make sense of Melanie Hodge‘s back-to-front glass painting technique.

Working from the reverse – a practice originating in Croatia – discovering how the image builds over time, and layers, from the first/final details to background, was definitely one of my highlights from the event.

The presentation by Jonathan Pettitt featured an interesting insight to the life-shaping occurrences that have helped to steer his creative journey.

This provided a great narrative which linked his chosen artwork together but, coupled with his fondness for wordplay, his great delivery and showcasing his abstract inspirations, the result proved to be much more than just that.

“Creating art everyday has saved my life,” those were the poignant and heartfelt words by Drew Fox which meant his presentation is one I will always remember.

The self-labelled folk artist went on to explain how grateful he feels to the illness which led him to die twice, stating ‘it has taken me on a journey, everyday, that I wouldn’t have imagined’.

Equally inspiring was the way in which Katya Solyanko spoke about how art is helping her to share her view of the world – which was dramatically altered as the result of a brain injury sustained in a road traffic accident in 2011. I was really drawn in by the illustrative pieces which seemed to have collage-like composition.

The Wash by Katya Solyanko

However what I found really inspiring was the way Clarke spoke to Katya afterwards, picking up on the way she said she’d like to have drawing lessons to ‘get better’, he was encouraging her to embrace her own style instead. This exchange and the way all of the artists responded to being among others who understood was really powerful. Needless to say I’m already looking forward to the next one.

Share Art will come to Pallant House Gallery, Chichester, on 7 November (1.30pm to 3.30pm). If you would like to take part, or need any support in creating your presentation, please contact Hannah Whitlock at Hannah.Whitlock@outsidein.org.uk or by calling 01273 381311.

The venue fully accessible, please let us know if you require any access support.