Charlotte Rodgers is an animist, writer, untrained artist, performer and public speaker. Living life on the outskirts of what can be termed the ‘mainstream’ helped develop and strengthen the personal animist and magickal belief system which she expresses through various forms of her art. Religious indoctrination as a child and later addiction and hospitalisation for mental illness were all near cliched part of Charlotte’s journey, but rather than suppressing her inherent creative and spiritual inclinations, it strengthened them. Charlotte has contributed to many magazines and anthologies and wrote the books, ‘The Bloody Sacrifice’ and ‘P is for Prostitution: A Modern Primer’. She conceived, introduced and co edited ‘A Contempory Western Book of the Dead’ ( published by Mandrake of Oxford). ‘The Sky is a Gateway not a Ceiling’ (illustrated by Roberto Migliussi) is a recently published collection of her written work. She has exhibited her totemic, talismanic art work which incorporates bones road kill and elements of death, in numerous galleries including London’s Chelsea Gallery and the Bath Royal Institute. 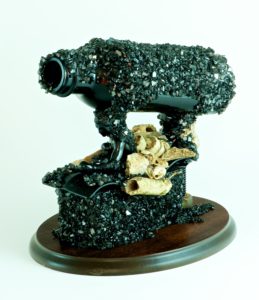 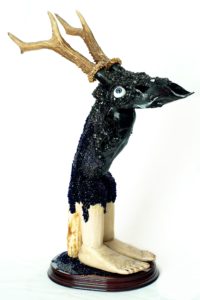