Generally figurative, Charlie’s paintings are inspired by her affection for wildlife and the natural environment. Her compositions often have a dynamic power –of movement or light –but also a fragile balance and resolution that reveals something of the struggle and determination involved in their making. Having four fingers on each hand and no thumbs, Charlie can find it difficult to control pencils and brushes but is working with the mentoring team to develop new tools that support and enhance her dexterity. She explains “sometimes it’s a bit hard work, but I get through it”.

As an associate member of the Project Art Works board, Charlie takes on the role of advocate, speaking up for the organization and her peers . In July 2011 she completed the Sync South East, a Cultural Olympiad leadership programme, aimed at supporting Deaf and disabled artists in the South East of England.

Her work Ice Skaters took many weeks of research and dedicated concentration – as a way of managing the discipline involved in painting the more figurative works, Charlie likes to loosen up on abstract paintings in between that involve more throwing, pouring and general studio mayhem!

Charlie says of the mentoring project:

“I think it has gone very very well. It was quite hard to start with, but as it progressed, it goes easier.”
“ It has changed me”. 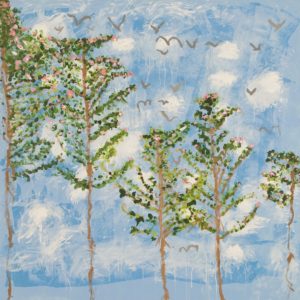 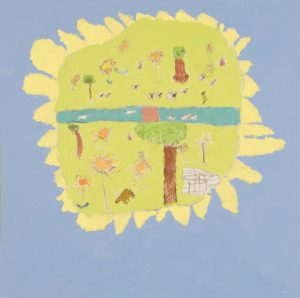 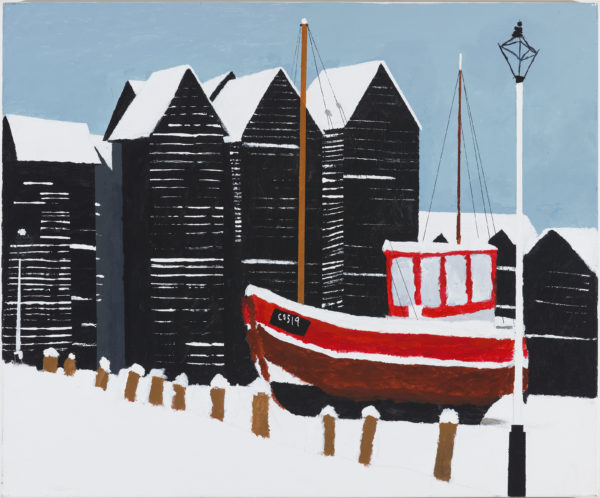 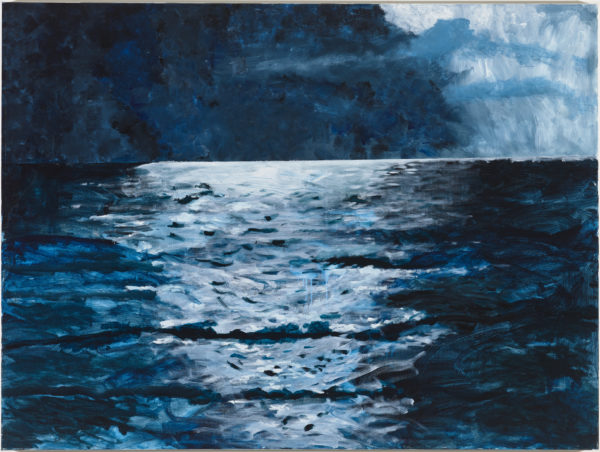 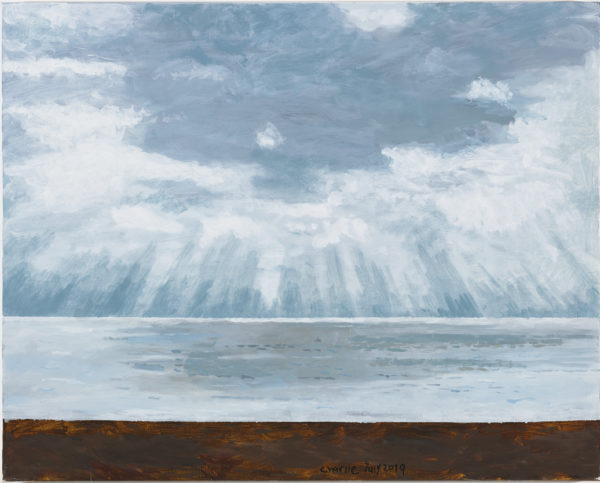 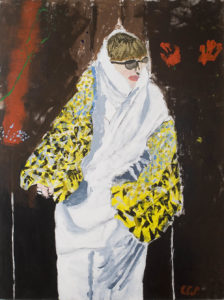 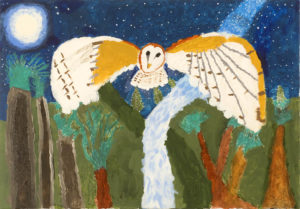 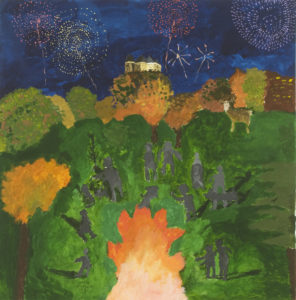 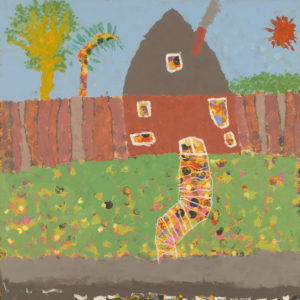 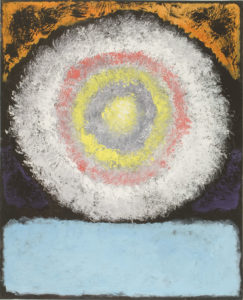 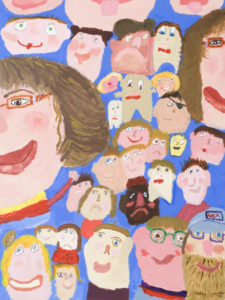 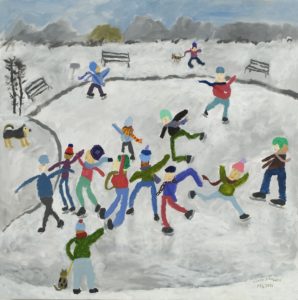 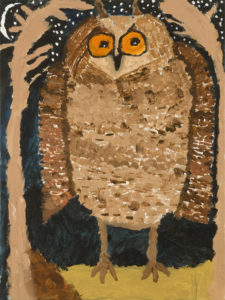 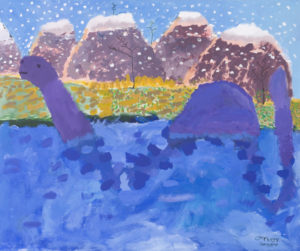 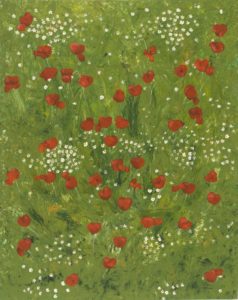 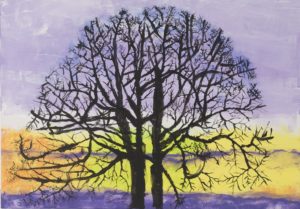 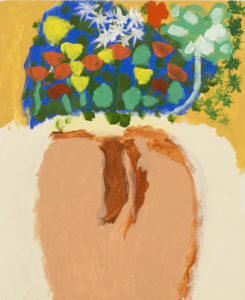