Hi, I’m Chris Gray. I’m forty eight years old and have a diagnosis of paranoid schizophrenia which is largely under control by the correct medication. I grew up in Littlehampton and I’ve lived in Brighton for over twenty years.

I’ve been using computers to create images, animations, interactive pieces and music since the early 1990’s and I have a Professional Development Certificate in interactive multimedia design.

I have recently had several pieces published in ‘The Big Issue’ magazine and one of my pictures has been included in ‘Letting in the Light’, an outdoor light-box exhibition in Stratford, East London. One of my animated short movies was shown on regional television in 2002.

I’ve always enjoyed drawing and painting. During my early teens I was a keen model maker (Airfix kits etc.) and later was very interested in painting and modifying role-playing figurines (Citadel miniatures and the like). I like to think of these hobbies as a sort of apprenticeship in form and colour and different types of paint and painting techniques.

I first got into using computers in my artwork writing programs in BASIC to generate geometrical graphics patterns on early 8 bit computers like the Sinclair Spectrum and the Acorn Electron in the 80’s, but more seriously when I got my first Commodore Amiga and Deluxe Paint. Since then I’ve been using a combination of digital and hand drawn techniques in my work.

I’m also very interested in ideas surrounding geometry and topology (the juxtaposition of regular and irregular polygonal shapes, symmetry / asymmetry and tessellation) and concepts from chaos theory and fractal maths (endless repetitions of similar but non-identical shapes and patterns etc.).

My other influences come from many disparate sources such as comic books and cartoons, science fiction and fantasy art (Chris Foss, Rodney Matthews etc.), album covers, tribal art from around the world, body art, graffiti and stained glass windows. I love using a lot of bright, contrasting colours in my work.
My work is mostly about internal states of mind I have experienced, from dreams and nightmares to altered states of perception, euphoria, delirium, isolation, alienation, paranoia and psychosis. I am in no way trying to create photo-realistic images from the real world, but rather to interpret some of the things I have been through in my mind in a visual and hopefully pleasing, although sometimes disturbing, form.
I have also been producing, mixing and recording electronic music for over twenty years. Over this time I’ve used a wide variety of techniques and technologies. I make tunes across a broad spectrum of styles from hip-hop to rock, mellow electronica to hardcore drum and bass, all from a very experimental angle. In addition I’ve made several animated short movies and videos to accompany my tunes.
Here are some links to my online work
http://www.chrisgrayartist.com/ – My online portfolio. 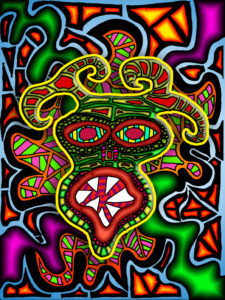 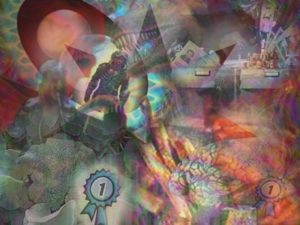 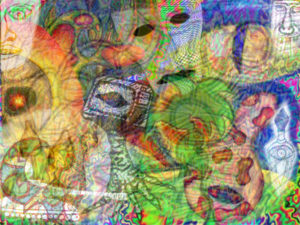 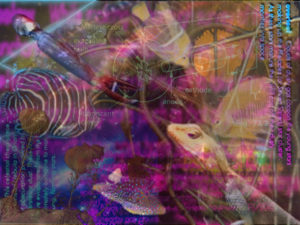 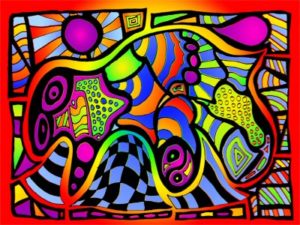 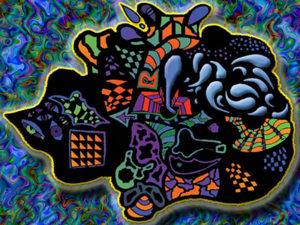 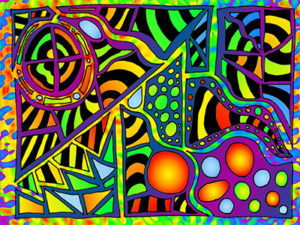 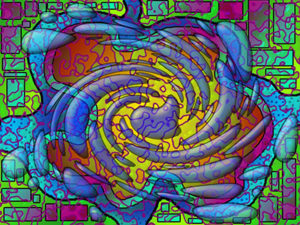 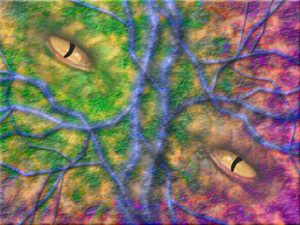 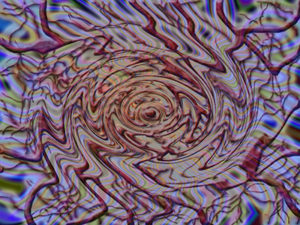 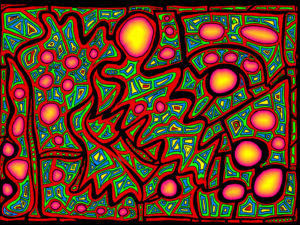