I began making art age ten ever since I was given a sketch book by an uncle. I did some art training and found I enjoyed communicating thoughts and experiences through mark-making/drawing and art works. I was introduced to a textile based way of working in print and weave which I loved and I have continued working in that way ever since.

I loved using space to explore creating and did a lot of that in disused buildings during the nineties. I use and reuse items sometimes found or donated. Over time I learned tapestry weaving as well as rug making techniques. I use both to manipulate a mixture of traditional materials, such as wool, cotton, wire, as well as non traditional objects, packaging, bones, stone, plastic, even whole items of clothing.

After spending my teens and early twenties in London I was influenced by urban culture such as Graffiti which I express in the form of woven words, as well as pictorial and abstract weaving. The size and scale of my work varies from miniature words and portrait styles, to room installations.

I have worked with the public inviting people to bring objects that meant something to them.  The items were donated to be part of a temporary installation and some were woven into a tapestry on site as part of an ongoing exhibition. Each person was photographed holding their object.

I accept commissions and can be contacted directly. I sometimes take part in group shows and competitions and am always interested in any such opportunity. 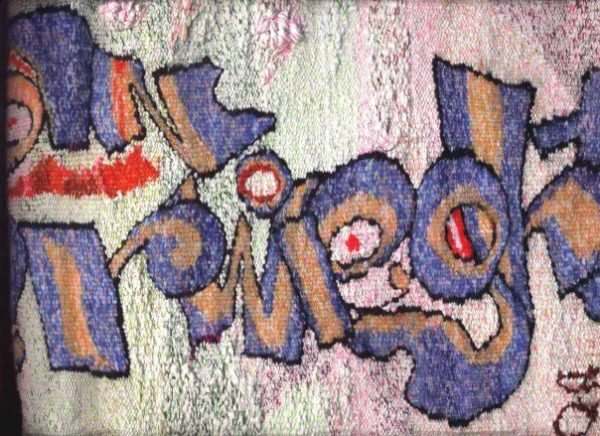 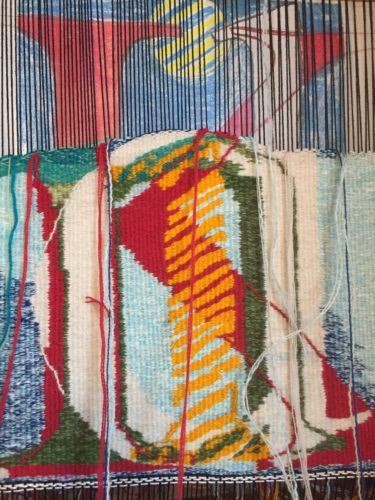 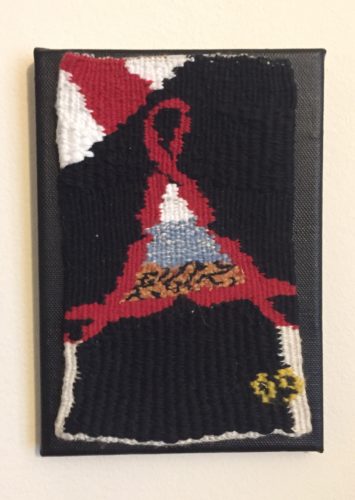 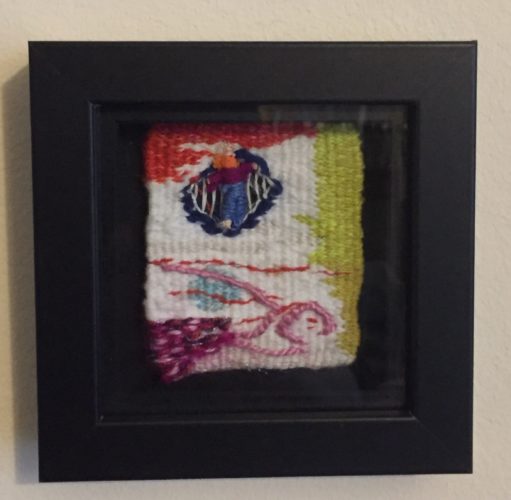 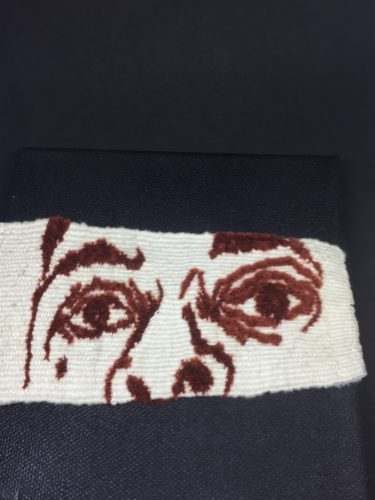 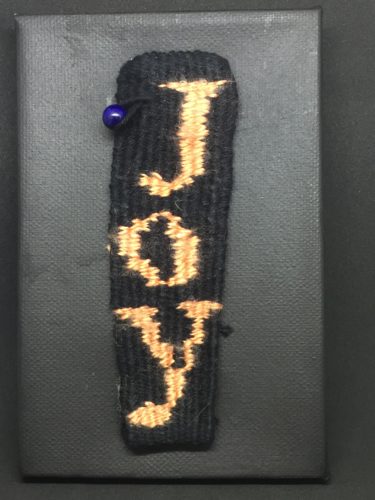 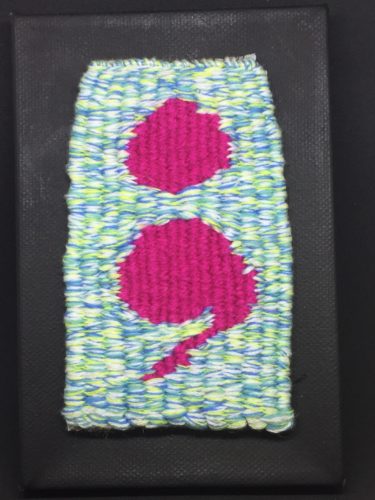 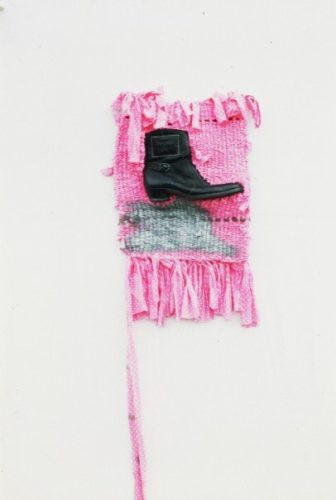 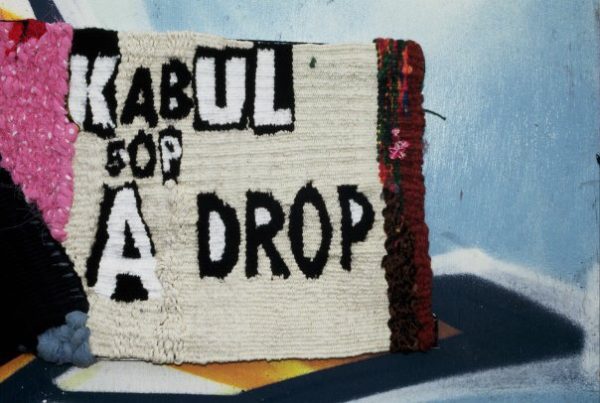 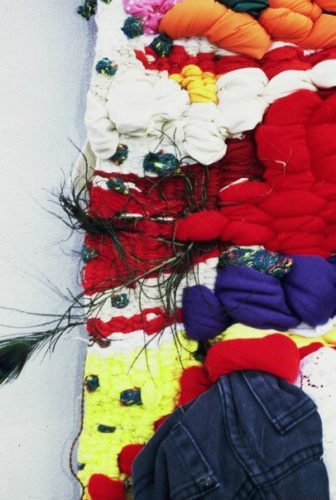 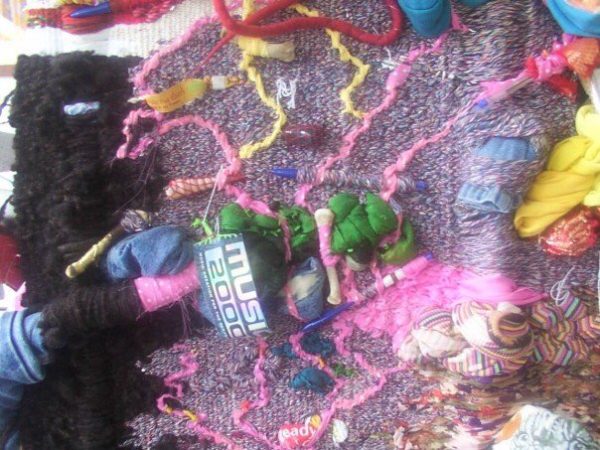