Hamed Maiye is an interdisciplinary artist based in London. He explores themes revolving around visual archiving, surrealism & portraiture, using painting, photography, sculpture & performance as research tools. Maiye explores cultural anthropology through the use of mythology, myth making,historical documentation & archiving which influence the production of his work. Maiye founded the arts movement ‘Afro-Portraitism’ which documents the multifaceted image of the Afro-Caribbean diaspora whilst exploring the concept of self representation. The conceptual notion of self representation creates a discourse in Maiye’s practice which looks to remove elements of spectatorship and voyeurism which are often laced in anthropological methodologies. 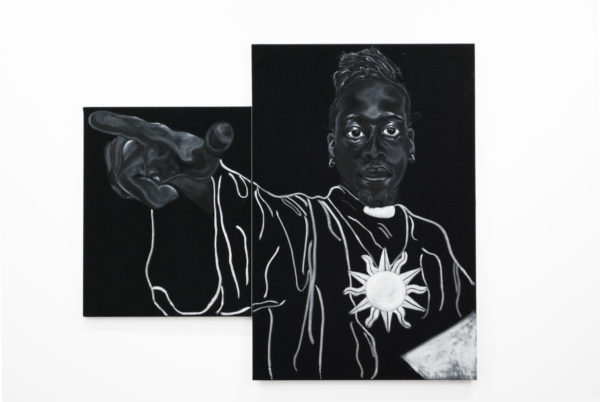