Artists of past periods,sometimes have attempted to show the irrational,surreal and insane aspects of the human condition. Rachael Levine has suffered with mental health issues,since she was 14 years old.
Now as an artist aged 60, she has taken on the challenge of putting down in paint,aspects of her ‘crazies’ as self images.
These are not the ‘nice’ paintings that visitors purchase,and take home,to remind them of their Cornish holiday.In fact,they are awkward,uncomfortable,strident and often untidy;confrontational images;’not nice’,often repelling the eyes gaze.
They are unashamedly honest,and authentic records of one who has long struggled with strange, unexplainable states of emotional consciousness .
Portraying them often takes her physically and mentally to her extreme edge: I have often found her after a painting session,covered in paint,laying on the floor of her studio,too weak and disturbed to stand up .
Maybe the price for creating them, is too high, for the need to express and reveal,her tragic story. 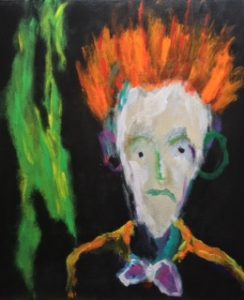 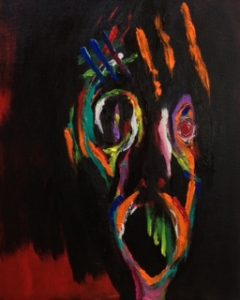 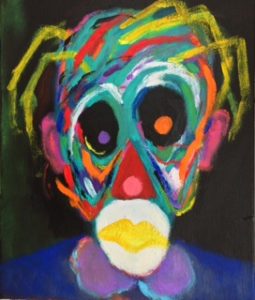 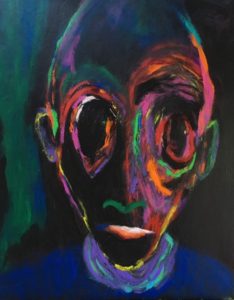 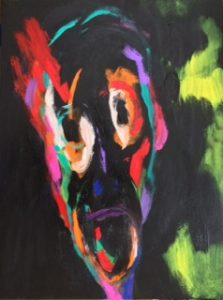 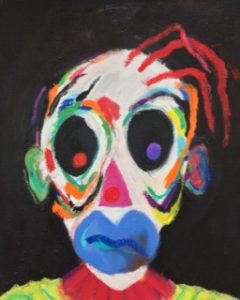 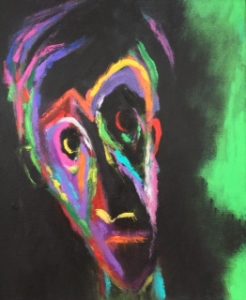 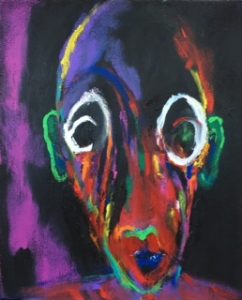 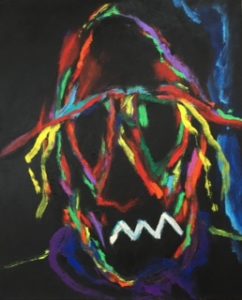 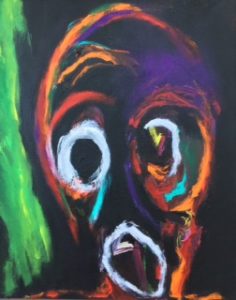 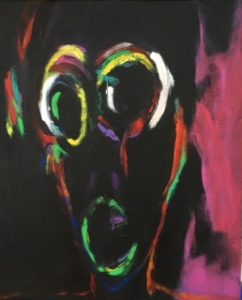