Born in 1966, in Columbia, SC, I was the fourth child of an engineer dad & preschool teacher mom.

Undergraduate College was 7.5 years of studying that usually got in the way of the party.

Fortunately I found counseling helpful in school because a year after I embarked on that process, I found myself in a mental ward with a diagnosis of schizophreniform. The heaviness of this, I could hardly bare as my self reliance was shattered & my prideful independence unsustainable.

Thus my four year decent into walking hellish nightmare, that culminated in unemployment & sleeping until 4 pm with no idea what day it was. My girlfriend at the time was my saving grace.

In 1994, My niece was killed in a tornado that struck my sister’s church & killed 20 of a 100 in attendance on Palm Sunday. This act of God set off renewed earnest to squelch my demons & find relief from my painful existence.

For a year I documented my forays into hell, with no idea how to stop or find relief.

I called a friend from intermediate school & described my escapade with alcohol the previous night. He listened patiently & said he was sober since New Years & found Alcoholics Anonymous. I rushed to see him the following weekend & discovered hope.

I started attending meetings for my own sake & found relief.

It’s been a slow & steady climb out of hell, but I found that painting is a powerful recovery tool. It’s so powerful that I’m shy of it & sometimes avoid using it.

Around 2000, I discovered a class for people with disabilities. It help me paint with regularity. I also fell for the teacher & married her in 2005.

My favorite quote about mental illness is: Those dancing in the rain were thought insane, but those who could not hear the music, Nietzsche.

My favorite quote about art is The madman is drowning in the sea of the subconscious, while the artist is taking a swim.

Many times artists travel the same roads as those with mental illnesses including traits of idiosyncrasy, social isolation and not quiet fitting in socially. When I create I feel more at ease, a sense of scratching an itch that can’t be reached by hands. 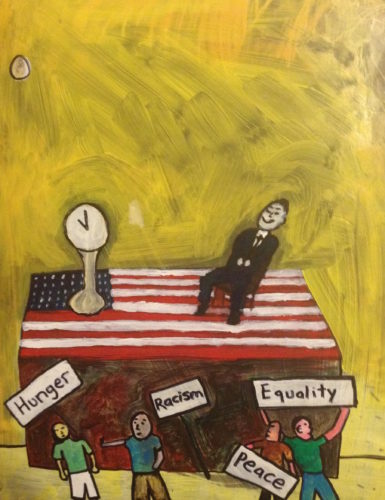 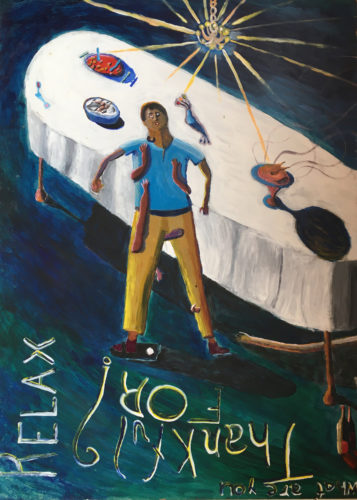 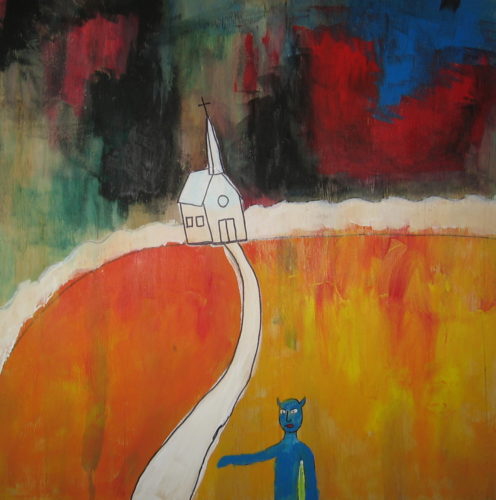 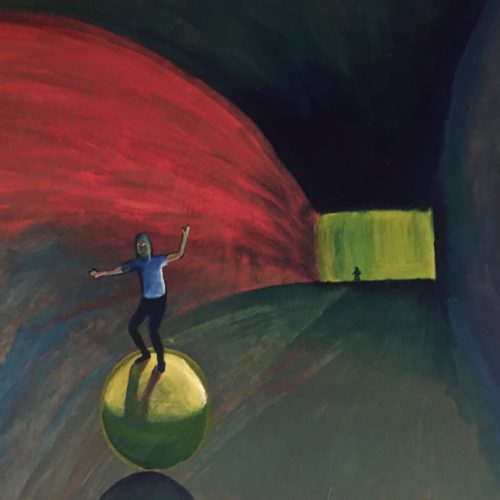 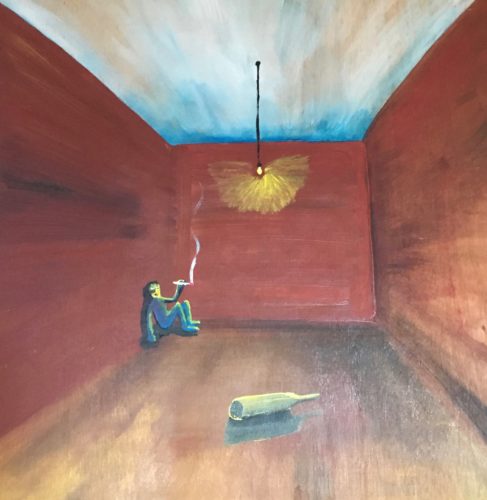 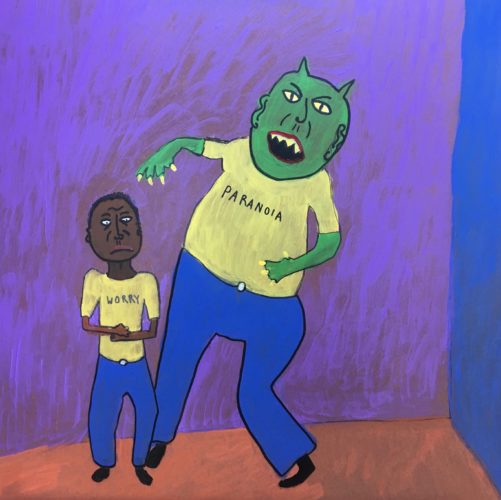 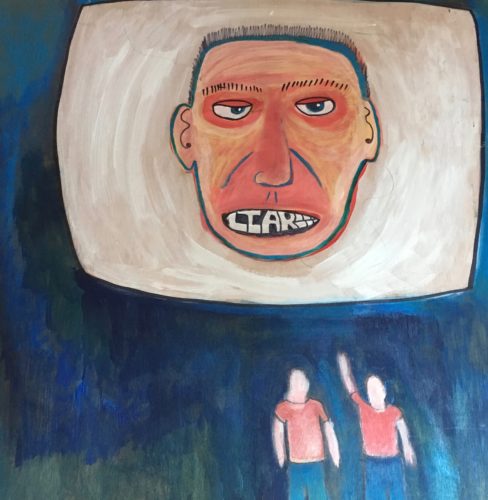 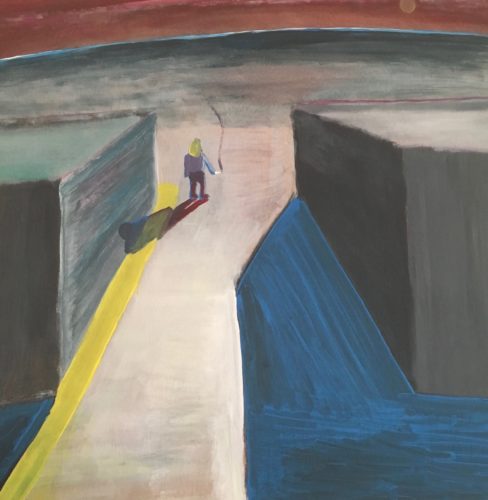