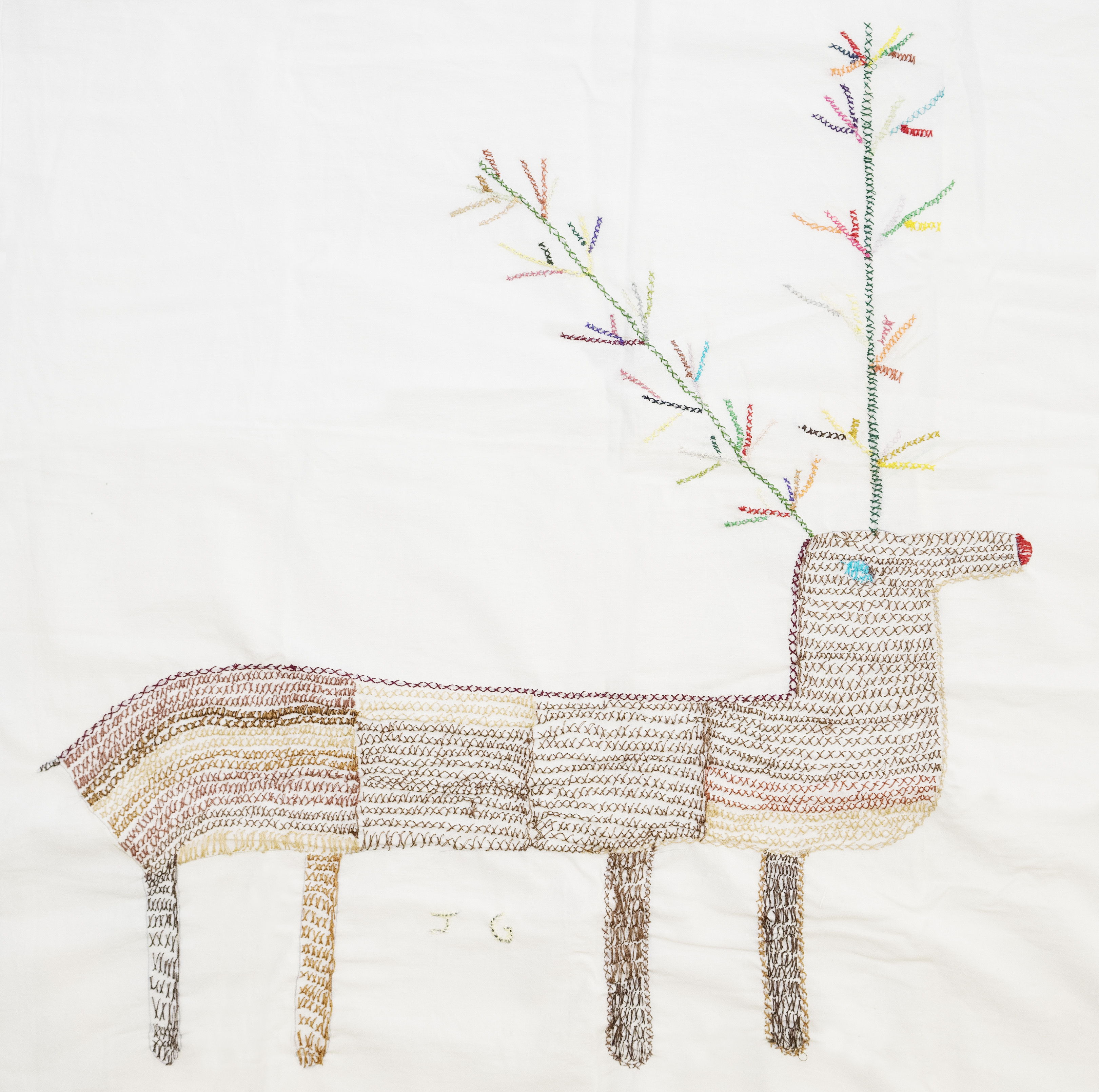 Our Artist of the Month for April 2017 is James Gladwell.

James won the coveted Outside In Award in 2016 for his embroidered artwork 'Foreign Birds', which is currently touring the country as part of Radical Craft: Alternative Ways of Making. As recipient of the award James won a solo exhibition at Pallant House Gallery – James Gladwell: The Dreams will open on 8 April.

"I chose James Gladwell because of my sensitivity to, and my knowledge of threads. In Foreign Birds I see the air [space] in between, and it feels as if you are gliding over the world. I believe the artist searches for serenity and calm through his work."

James draws directly onto found pieces of fabric before stitching over the intricate designs with colourful cotton thread. His drawings express whatever is of interest to him at the time; memories, television shows, the world around him and his dreams. James creates his work at home and at Barrington Farm, an independent day centre in Norfolk for adults with learning disabilities.

Read a Q&A with James Gladwell