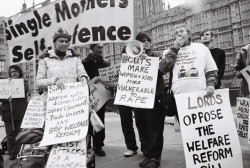 Each month we choose one of the fantastic artists represented on our website to be our Artist of the Month.

This month it is Richard Downes who describes himself as an ‘emerging socially engaged activist poet who also uses photography’. Richard is currently one of three artists taking part in the Realm residency and exhibition run by Outside In, Bethlem Gallery and CGP London. Here he shares his creative journey and how poetry has helped him to find his voice.

When did you start making art?

As a sick kid who couldn’t watch tv I became aware of art through Arthur Mee’s Children’s encylopedias. There was this photo of the queen in all her regalia, masses of words, which dad helped me read. Words and images. I was a very young receptor. Aged about 4. I was posted off to special school where I remember writing a ghost story. I sent it home. Someone introduced me to poetry through the concept of autumn. Red, brown, gold. I remember writing that down. The countryside was all around me. Full of fear, drama, ritual.

I went home and visited grandad, a working class, constipated man with an outdoor ‘shithouse’. To make toileting pleasureable he pinned photos of family to his backdoor. Pictures made him laugh, gave a good connection. I discovered he’d pinned my story to the door. Talk about the Oscars. I’d never win anything bigger. The thrill, the adrenalin. ‘Writing is all I ever want to do’.

How would you describe your current art and has it changed over time?

Things were happening. I started stammering, experieincing anxieties. Limited speech, my non existent vocabulary, was succoured by my bigger reservoir of written words. It acted as evidence of sorts.

It acted as evidence of sorts. Later when I took the chance to write and write again I just grew hungry. Out of hunger came hallucination. There would come a time when writing just stopped. It felt like death. The need to express found its outlet in photography. Community based. It was such a great opportunity to say something. I used paints on black and whites. Played with ideas. That died too. Thatcherism closed the centre I worked from. I needed something else. I needed home. Home became a movement for disability rights. I was an original Danner (member of the Disabled Poeple’s Direct Action Network), I was an advocacy coordinator promoting self advocacy, self ownership of processes. Other people still told their own stories better than I could.

I became a Disability Equality Trainer. A very good one. I worked for Merton Centre of Independent Living in engagement. Funny what stammerers do. Art took a back seat but it threw me out of balance. Disability Arts Online (DAO) gave me the chance to blog for them. A few years I decided to send DAO a poem a week. I’d usually send it with an image. In 2017, the editor, Colin Hambrook, suggested if I was going to write performance poems I should start performing them. Take a deep breath. Put all fears behind me. Use the skills I use elsewhere. Just get on and do it will you. So I debutted on open mic at Disability Arts In Surrey (DAISYFEST)

What (or who) inspires your work?

March 2017 I was made redundant. I’d been waiting a long time. DAO made me up to Associate Artist and I was suddenly telling the world that I was an emerging socially engaged activist artist or poet. I think that idea of emerging is really important to me especially at my age. 63 coming on 64. Emerging from work that has inspired me, the people who I have worked with, the political position we have all taken to move our lives forward. When I started in the movement art inspired me. It helped me to build something that was of value to people. Now disability activism inspires my work. Its a little too closed off for my head so I try to take from everything else I know. I bounce off music, move to rhythms. I follow books of artistic instruction, particularly Yoko Ono’s Acorn and Grapefruit which I have played with for years through different identities shaped by time, as a fan, as a disabled person developing status as a disabled person and now as an artist.

I like to respond to other things that happen around me. My theme; ‘The Glorious Servant’, was my reaction to facing redundancy after 25 years; another theme, ‘Declarations’, relates to a lost conservation battle based on the planting of a tree to celebrate 25 years of the signing of the Universal Declaration of Human Rights. Its given as my activist gift to my local community.

Is there a piece you are most proud of/have you had a standout moment in your artistic career so far?

I’m proud I started something, made a commitment to write a poem a week for DAO and kept to it. Never stopped, never gave up. I’m proud that after so much self denial and loss of worth that. I could give that to them and myself and not feel embarrassed by it.

The stand out moments are new though they may be based on something older. The first invite to perform, the first paid gig, the first residency, the first job offer, the first time someone responds to a new work. All of these things thrill me, make me happy. Ecstacy is takes over from shyness. Life feels good.

Do you think about the viewer when you are making – if so what do you hope they take from your work?

No. In my life they’ve had enough to say. They’ve got so much wrong about me and the people I represent. It’s important now that I have my say. I don’t do this callously. I don’t force my stammer or position down people’s throats. I take an informed position based on real life experience and say this is how it is. People tell me I say things that need to be heard. For so long we’ve needed to say what must be said now is the time to be heard. Now remains the time for action and responsibility. I offer it. I know i’m right to. If others take it, or not, is up to them. If they do its progress. If they don’t its nothing new. Having said that I feel as if i’m between audiences. I’m between my own people who know our songs are not wrong and new audiences, benfitting from established tropes.

Why did the Realm residency and exhibition appeal to you?

This appealed to me because it was there, because it fitted in with the idea of where I am today  as an Outside In  Artist. I knew I oculd do it. It returned me in a way to a place I want to stay – within a community. This is a collaboration between three artists working for three galleries, aiming to serve a greater tranche of people. As a wordman and a photographer I can bring people in, make something bigger of the enterprise. The people impress me. Since being offered the residency I have started to research the park. Looking at its history I can see where the park came from, where the commnity were, what they needed in terms of health provision and where they needed to stand up to be counted. I’m impressed that the park holds London’s first ever monument to a working class man. I see its had its own ups and downs but its survived and I see its used by people who have their own stories. I’d like to hear them told.

What are your hopes for the project?

I’d like the project to be as exciting as the excitement I feel to have been asked to participate, that the collaboration brings the best out in people, that the community feels that whatever is made at the end of project life reflects them. I’m hoping that my contribution will be seen, that it impacts on people, that it has an impact outside of the time it is given. I am hoping for fun, a learning opportunity, an introduction to another world that becomes less strange the more I interact with it and somewhere I can continue to emerge from as an artist, a poet, a community worker, a more complete person.