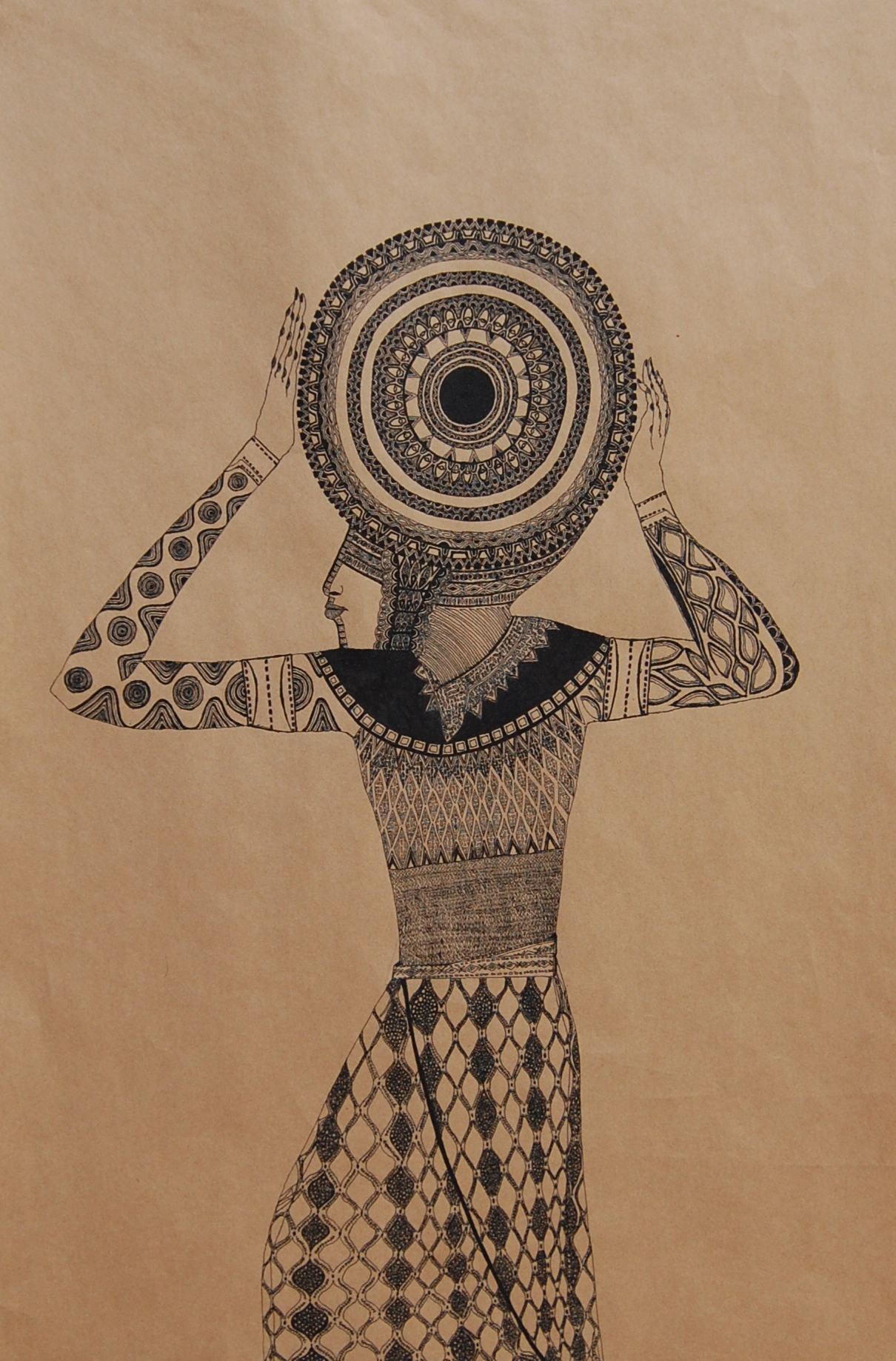 To celebrate the opening of Shinya Fujii: Outsider art from Japan, September's Artist of the Month is Shinya Fujii. The exhibition of intricate ink drawings will be on at the Julian Hartnoll Gallery, London from 4 – 13 September.

Born in 1969, Fujii became interested in art following a magazine article, after which he won a prize for his entry into a comic book design competition whilst a high school student. At school Fujii was frequently bullied, leaving him introverted. After leaving school he worked for many years at an automotive assembly plant, and as a security guard in Tokyo, and other cities, in an effort to save enough money to study abroad; a lifelong dream of his.

Diagnosed with schizophrenia in later life, Fujii started making his drawings following the death of his father in 2007. His works are constructed on Kraft paper with fine line ink from a narrow-nibbed pen. Whilst making his work, Fujii listens to folk music, saying: "My artworks let me create images like a wave of music lines." The patterns he creates weave together to make robots, insects, plants and Balinese seashells.

For a long time, Fujii wanted to visit Bali, and this is reflected in frequently used motifs originating from the southern region of Bali seen in the guidebooks that adorn his desk. Perhaps Fujii's fascination with the clement climate of Bali comes from his own experience of the harsh winters of his home in Hokkaido, North Japan, where the temperature regularly drops below minus twenty degrees Celsius.

Alongside his fondness for Bali, Fujii has a keen interest in Buddhism, saying that he has adopted "a view of the world that Buddhism preaches about Buddha" in his works.

Depending on his health, Fujii draws for between five minutes and one hour a day, taking between one and three months to complete a piece.