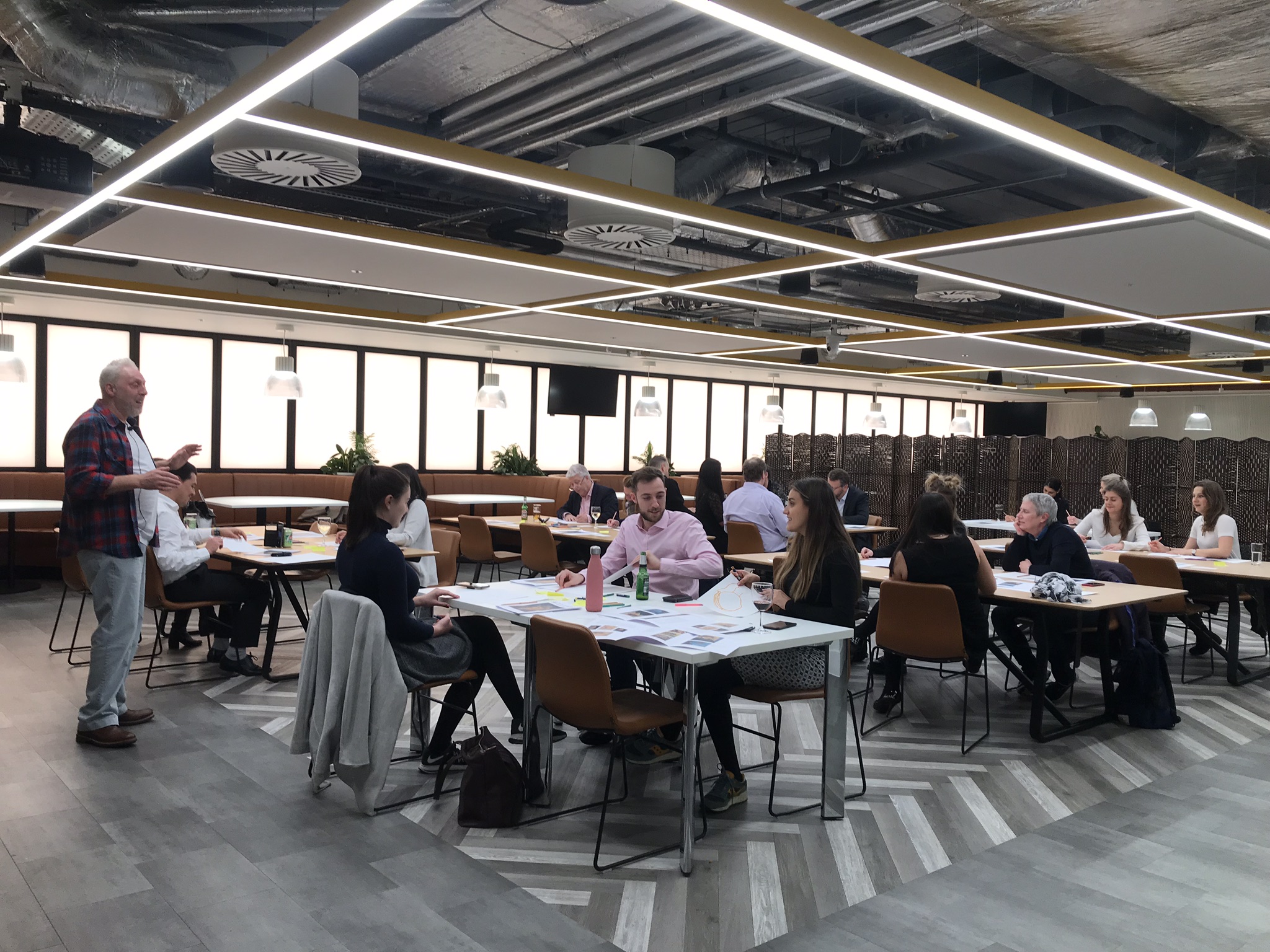 Earlier this month Outside In artist Brian Gibson hosted a special event as part of the charity’s partnership with Investec. A key part of the partnership is creating opportunities for artists to develop new skills. Following a call out to artists who have undertaken the Step Up Leading Workshop course, Brian was chosen to run a workshop for the bank’s staff – these are his thoughts on the experience…

I was delighted by the news that my proposal for a Vincent Van Gogh Workshop was the one that had been accepted. It was something to really appreciate because I also know the other side of this, applying for posts and projects whole heartedly followed by a well worded letter saying that unfortunately I was not successful this time around. I had run workshops before, several through Outside In at various art venues, even at the Tate Modern as part of a World Mental Health Day event but this one was even  a little more different than that, a workshop for the staff of an investment company in the heart of  London and I was going to deliver a 90 minute workshop on Vincent Van Gogh. probably the most well-known painter in the world, the artist with a number one song written about him, this never happened to Pablo Picasso.

The theme of the workshop was looking at the portraits of Van Gogh and I had created a worksheet for that purpose. My proposal was to create a series of drawing exercises, beginning with some simple mark making on postcards and to progress in stages towards a final portrait. Prior to the workshop I had tried to envision what it would be like delivering a session to 20 plus people after a day’s work in the city. What would be their level of art knowledge and drawing skills be like? Probably the same as any other group of people working within in the same building, varied, different and unique. that was the rational thought and I held onto that.

An introduction from Kate Davey was much appreciated. Talking directly to 20 or more unknown people and using a radio mic for the first time felt a bit daunting  but the group were really  open and friendly and after a few minutes people were either engrossed in creating  an image or chatting away about Vincent Van Gogh his life and his art.  My own knowledge and research on Van Gogh hadn’t deserted me either and so I was able to inform people about the number of painting sold in his life time (2 apparently) or the number of artworks (over 2,000) he produced in his life time and such like. At the same time, we looked at how Van Gogh had produced his portraits, using swirling lines, dots and contrasting colours and so forth. We were using a combination of pencils, felt tips and oil pastels and the work began to evolve into a series  images that were varied ,different and unique and within a short space of time we they had managed to produce over 40 portraits full of tone, colour and expression  that we were able to view, share and discuss.

Maybe Vincent was watching over us too.

Information on Step Up training, including Leading Workshops, can be found here.