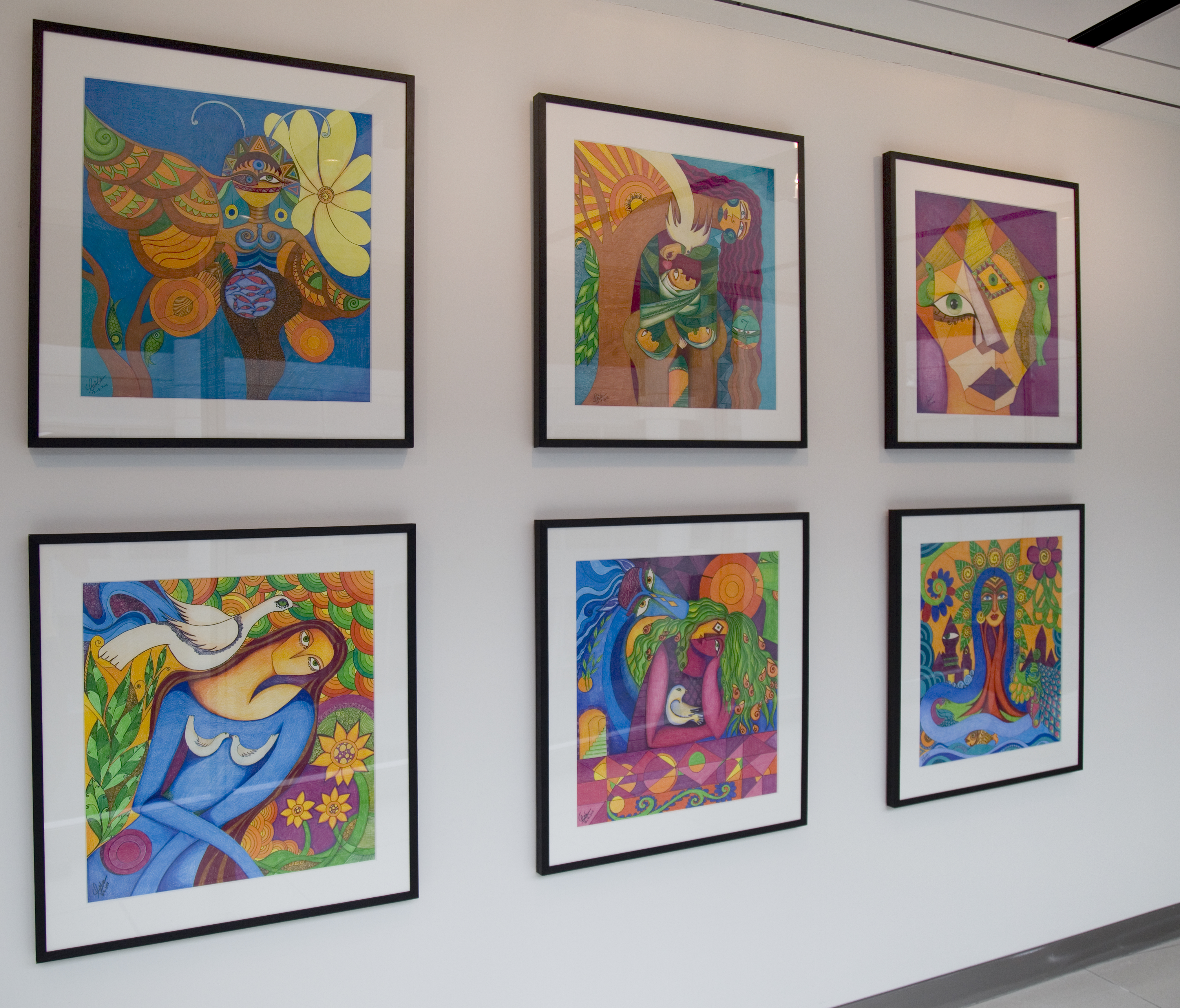 Colliding Worlds, a co-commission by Outside In and Pallant House Gallery, is now on show at its first touring exhibition at Clyde & Co’s Blank Canvas Wall.

The exhibition has come about thanks to newplatform.art, a not-for-profit organisation, which was appointed by Clyde & Co. Aligning with Clyde & Co’s focus on mental health and wellbeing, it entered into partnership with the Outside In to showcase the collection which features work by two artists who use art to overcome the barriers that they have encountered – whether mental, societal or physical.

Colliding Worlds is the result of a co-commission with Outside In and Pallant House gallery, funded by The John Booth Charitable Foundation.
The commission was awarded to two artists; for self-taught artist Greg Bromley, anxiety and depression was the starting point for his career as an artist, and for Palestinian artist, Laila Kassab, art is part of her coping mechanism,  transforming her sadness into creativity.

Through an open call out, artists were invited to respond to the work of ‘outsider artist’ Scottie Wilson (1871-1972), renowned for his pen and ink drawings. Art became part of Scottie Wilson’s life almost by chance. At the end of the First World War, Wilson left the army and moved to Canada, opening a small junk shop in Toronto. It was here that Wilson discovered his compulsion for drawing. The imaginative subjects in his drawings were based on birds, fish, trees, flowers, heads and faces, as well as characters he called ‘Evils and Greedies’, placed alongside symbols for goodness and truth. Returning to London in 1945, Wilson exhibited at the Arcade Gallery and a Surrealist group exhibition in Paris. Jean Dubuffet became a collector of his work and would later introduce Scottie to Picasso, who also admired his work. This appreciation by influential artists led to the promotion of Wilson’s art, enabling him to make a living from it.