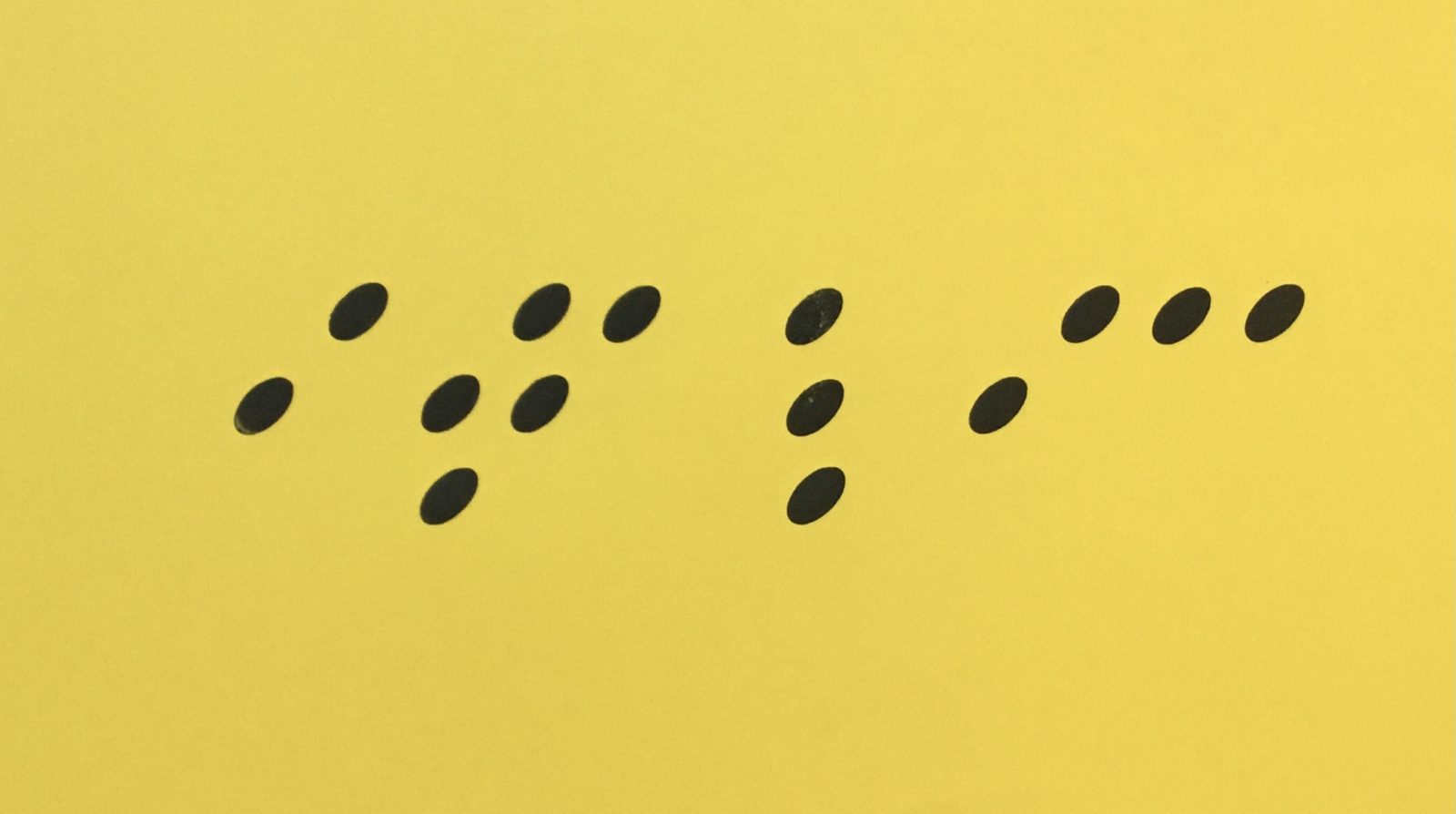 Despite the restrictions of Lockdown, the recipients of this year’s recipients of the Arts Society South Downs Dr Andrew Edney Bursaries – Clarke Reynolds, Andrea Mindel and Julia Fry – have been busy with workshops, mentoring sessions and courses. The bursaries  of up to £500 are awarded to Outside In artists in Sussex and Hampshire to support artists’ practice and development and will be  available to apply for up to 2029.

Clarke Reynolds has been continuing to explore his ground-breaking project developing braille as a visual language and using it within his art as a graphic designer or typographer.  He has had workshop sessions with Tim Boulton to create a hand print press, and has also received mentorship from Tom regarding inks, papers and rolling techniques, and has had his braille press made which he is now using in his artwork.

Andrea Mindel attended the Artwave Festival last year which was visited by over 300 people over two days and also gave her the opportunity to meet and engage with other artists. She has also been attending Zoom sessions with a tutor at the Royal College of Needlework which are helping her to achieve her Goldwork Module . Andrea has also provided valuable feedback on the bursary with tips on how it might further benefit artists going forward.

Julia Fry has had  a review and update of her website which she now feels looks far more professional.  She has also gained the confidence to apply for two residencies and for Arts Council funding. She has created a weekly creative routine for writing her newsletter and blog and has created a series of cards which she is offering for sale. She has also been connecting with other artists in her mentoring group and they have been giving support to each other during these trying times.

The next round of applications for the bursaries will  open in  April 2021 – further details to be announced.