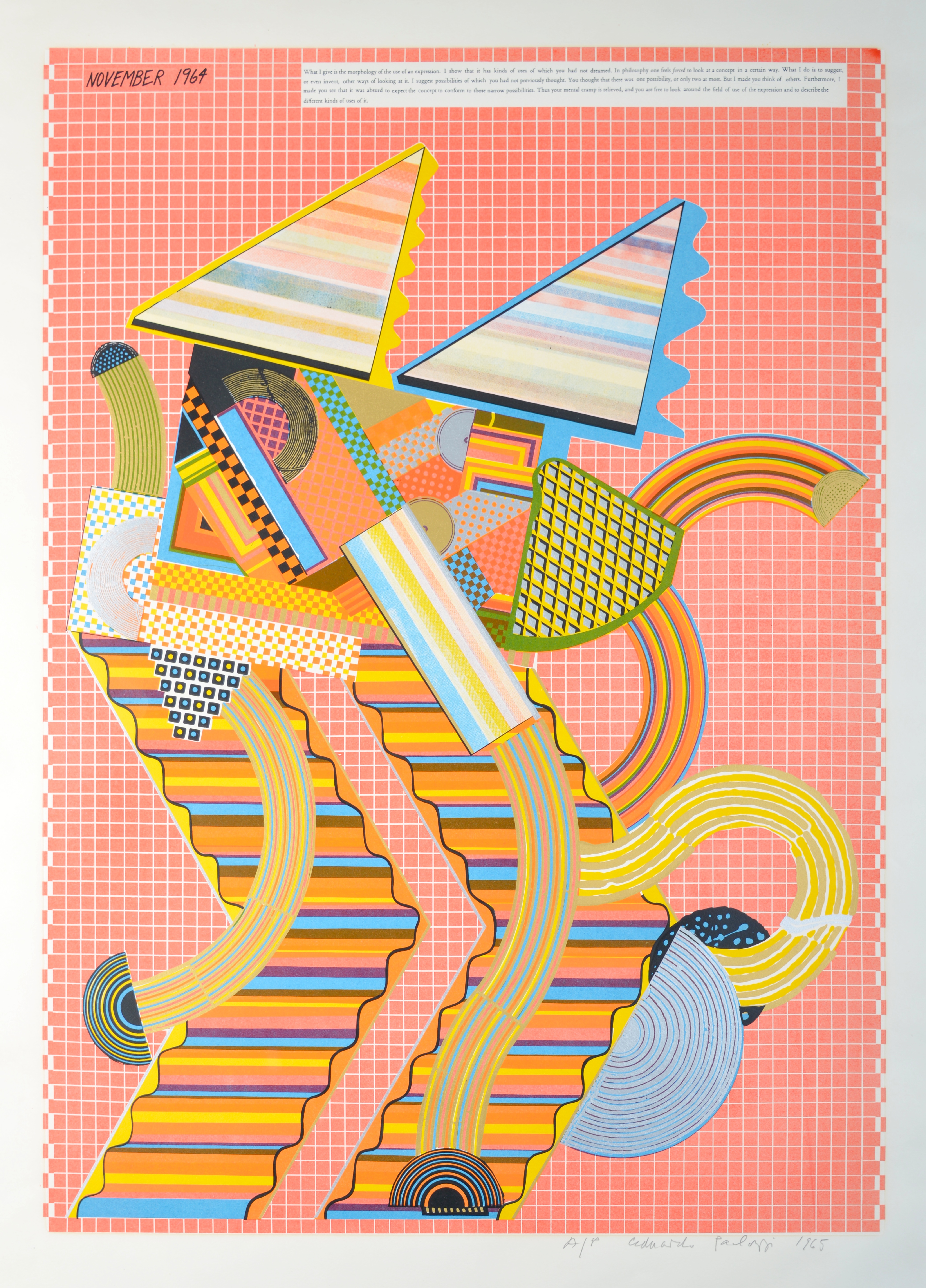 Pallant House Gallery is delighted to present a major retrospective of the work of Eduardo Paolozzi (1924–2005), one of the most inventive and prolific of the British artists to come to prominence after the Second World War, whose legacy ranges from Pop Art to monumental public works. Featuring around 150 works in a variety of media including drawings, collage, textiles, sculpture and prints, the exhibition will explore the extraordinary versatility of the artist’s approach to making art and his key preoccupations such as popular culture, science-fiction and the machine.

Paolozzi is often described as one of the founders of British Pop art, but the exhibition also considers his position as a bridge between Surrealism and European Modernists such as Giacometti and Dubuffet as well as his perhaps surprising contribution to the worlds of fashion and mid-century design through his fabric designs for companies such as Horrockses. Central to the exhibition is the importance of collage as a working process within Paolozzi’s career, not only in the traditional sense of paper collage, but also in terms of sculptural assemblage, printmaking and film-making.

Image: Eduardo Paolozzi, Parrot from As is When, 1965