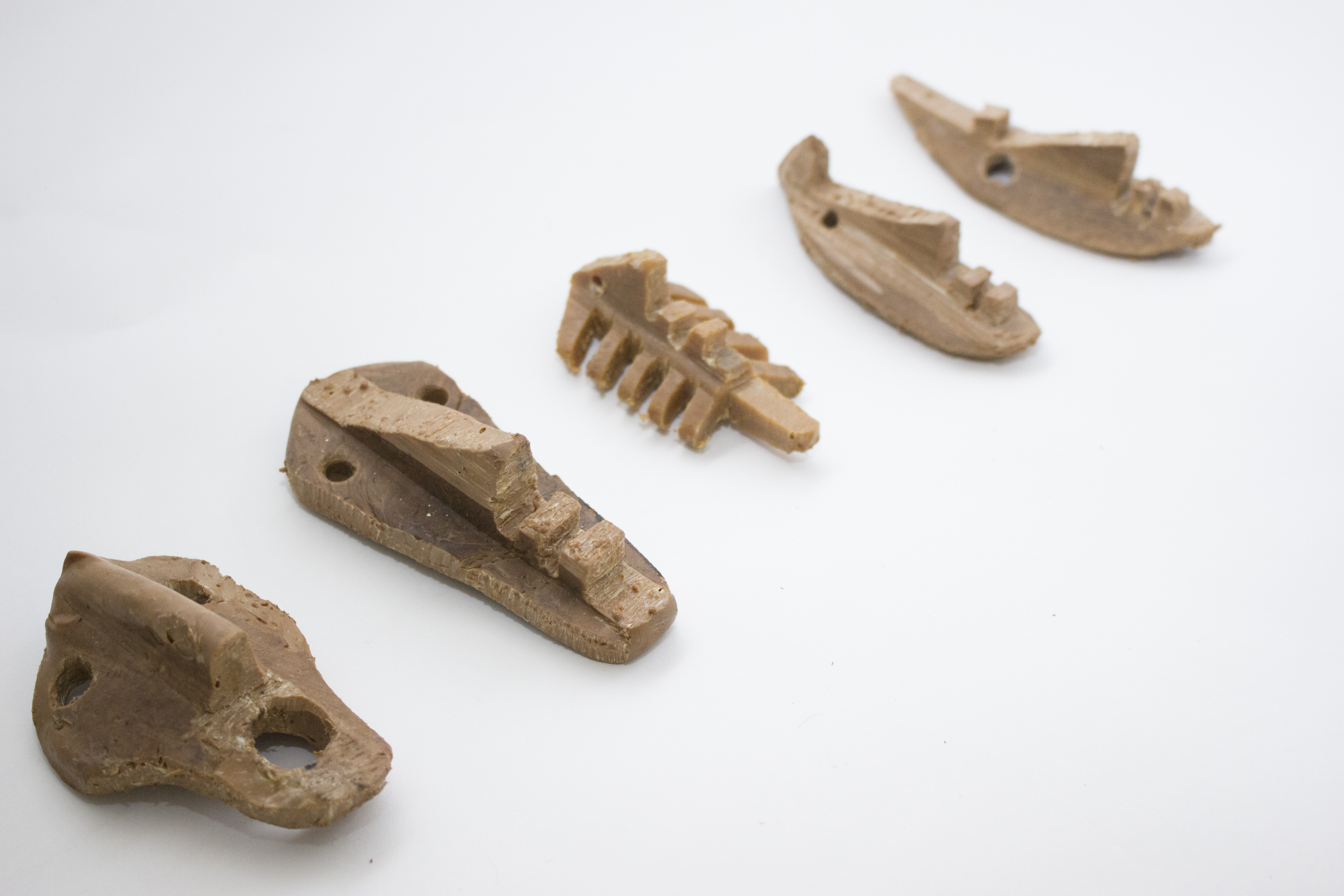 Ahead of Friedrich Nagler: A personal mythology opening at Hove Museum this month, his sons Martin and Mervyn share a personal insight to the life and work of the Jewish émigré and fascinating self-taught artist.

What is your lasting memory of Friedrich Nagler?

Mervyn: My lasting memory of Dad is mainly about him living for his artwork, it was everything to him. So much so, that we weren’t allowed to heat the house just in case it damaged any of it. He was a good dad who always provided for us and would give mum all his wages so she could pay all the bills etc.

Martin: I remember Dad as being an extremely creative person with a very kind heart, but very insecure and extremely moody. Catch him in a good mood and he was all smiles and optimism, but more often than not he would be prickly and down. He actually seemed at his most creative when he was down.

How would you describe his artwork?

Mervyn: Different. I don’t think many, if any, artists have a larger range; from the ironwork he created in a forge in our garden, animals made from biro lids, to faces made from bread – he used anything.

Martin: Dad’s artwork was eclectic; he would see art in everything that chanced his eye: be it a cloud, a tree, a piece of metal or wood or plastic – anything really. He must have had artistic influences, obviously, but I felt that he was also very original and what is more he had such a strong conviction about his artistic judgement, that contrasted with his great insecurity and shyness in other walks of life.

Can you tell us more about his use of materials and how he sourced them?

Mervyn: Dad would use whatever he could get his hands on; from rubber factory plastics, wood from sawmills and even bones from the abattoir that my wife would pick up for him. He’d also use materials from where he worked, which was a lot of places. He even took the ivory from mum’s piano. In his later years he would spend hours searching through local car boot sales, picking up things to ‘make them better’.

Martin: He was ALWAYS looking out for materials to use in his artwork; it was an obsession. Certainly waste materials from the various jobs that he had: wood from the sawmills, resin from the boat-builders, rubber from the shoe factory etc. But also he just loved searching junk shops and later boot sales for something that he could re-purpose

Do you have a favourite piece, if so, what and why?

Mervyn: Yes, I love his wood carvings. As a child I spent many evenings sat with him, helping him sand the wood. Over the past few years I have realised that different people like different types of Dad’s artwork and that’s why I think it makes it so unique and special.

Martin: Yes, I particularly like his woodcarvings as I think that this was his own favourite medium and I think that he probably expressed himself best in wood – particularly his early works that used simple lines. Later in life he revisited some of these and added a lot more detail and decoration, which personally I didn’t like so much.
My absolute favourite piece of artwork was one of his larger acrylic on board paintings that he gave to me when I told him how much I liked it. It is hanging-up in my sitting room now and I often look at it because to me it is depicting our family.

What was his approach to art and what do you think it meant to him?

Mervyn: It meant everything to him. It was his life. Dad was able to express himself through his art, especially his paintings. He had an extremely hard life getting out of Vienna and was luckily sent through a different border. As a lad he regularly played with a boy who later became a SS officer and Dad never quite got over it. That’s why a lot of his art has two sides/ two faces. He couldn’t believe his once friend was now working for the people that were killing his friends and family.

You could also tell what mood he was in by the colours he was using in his paintings.

Martin: His whole life evolved around art; it meant everything to him. It was his religion and he felt that he was just an instrument being guided by ‘God’

How do you think he would react to this exhibition?

Mervyn: He would have loved it. Dad was very proud of his work and wanted people to see and appreciate it He wanted to be a known as an artist that never sold anything when he was alive.

Martin: He would probably be very proud that he was receiving some recognition as an artist. However, had this been happening in his lifetime he would have been full of anxiety and misgivings; was this all a big mistake?/ he shouldn’t have been persuaded/ they have chosen all the wrong pieces etc. He was very adept at snatching defeat from the jaws of victory; his own worst enemy really.

What are your feelings towards/hopes for this exhibition?

Mervyn: I hope it gives people a taste of some of the art my Dad created and maybe even inspire them to create and use different materials themselves.

Martin: I am very pleased that Hove Museum has decided to exhibit Dad’s artwork and I hope that this helps build some recognition within the art world. He had some very strong messages that he was trying to express through his artwork, and I hope that these are finally being appreciated and understood.

Friedrich Nagler: A personal mythology runs from 13 June to 19 September at Hove Museum. Click here for full details on the exhibition.

Friedrich Nagler’s online Outside In gallery of artwork