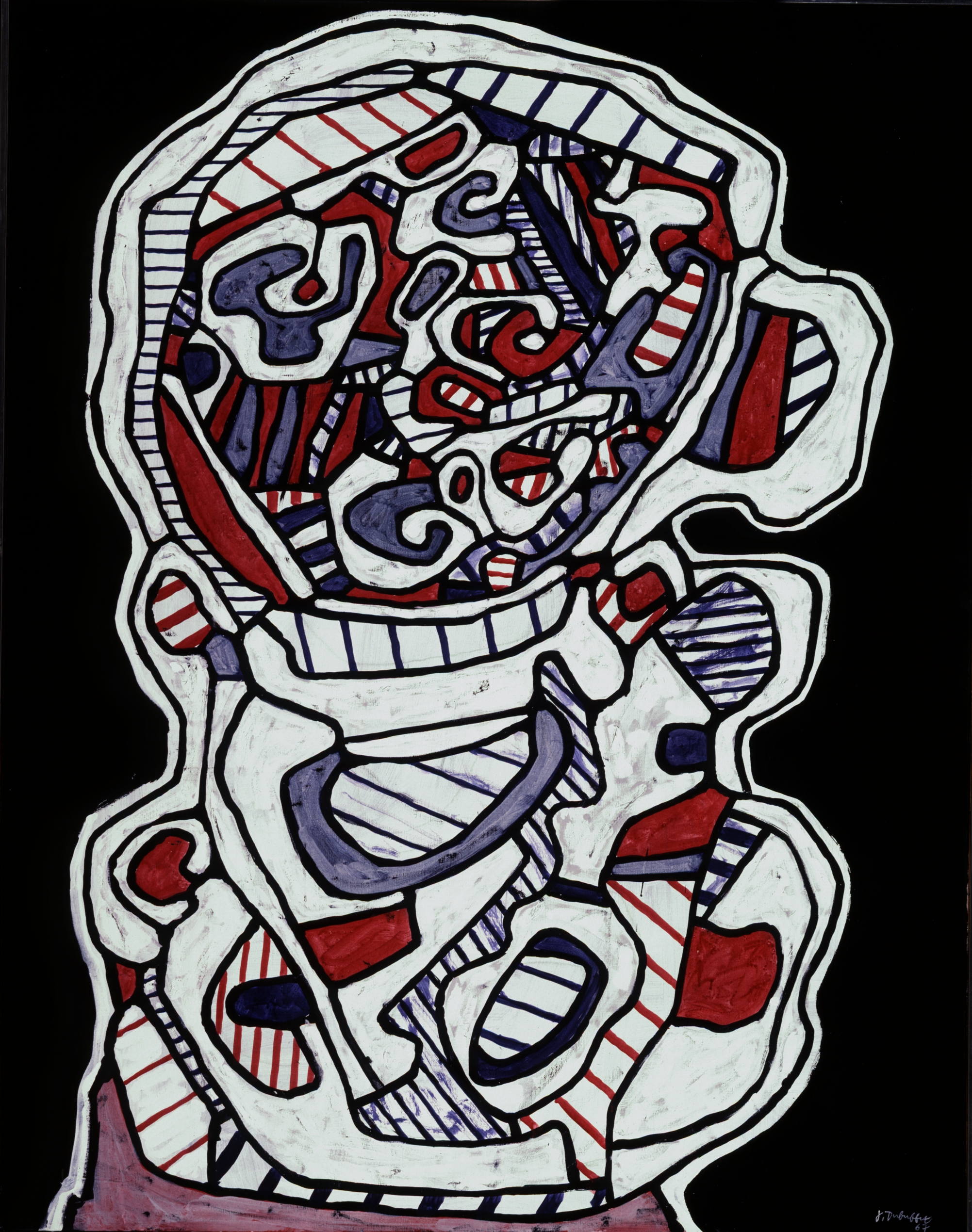 As previously mentioned, alongside the Outside In: National will be an exhibition by Jean Dubuffet. We thought we would provide you with further information about this and Dubuffet.

Dubuffet is best known as the father of Art Brut, coining the concept in 1945 and creating a celebrated Art Brut collection. Jean Dubuffet: Transitions focuses on a particular moment dating from the early 1960s when a radical change occurred in his art. Dubuffet completed Paris Circus, a cycle of paintings concerned with the sprawling city streets, and embarked on his longest and most original series of work L’Hourloupe. These new compositions were driven by an interest in representing the divergent thought patterns that occur in a person's mind, and were partly informed by the return of his Art Brut collection from a decade-long stay in the United States. The exhibition both charts the artist's transition towards a new way of working and explores the relationship between his experimentation with techniques such as automatic drawing and compulsive repetition with the renewed proximity of the Art Brut works.

The exhibition has been organised with the assistance of the Fondation Dubuffet, Paris and will feature key paintings, drawings and sculpture from collections across France and the UK.