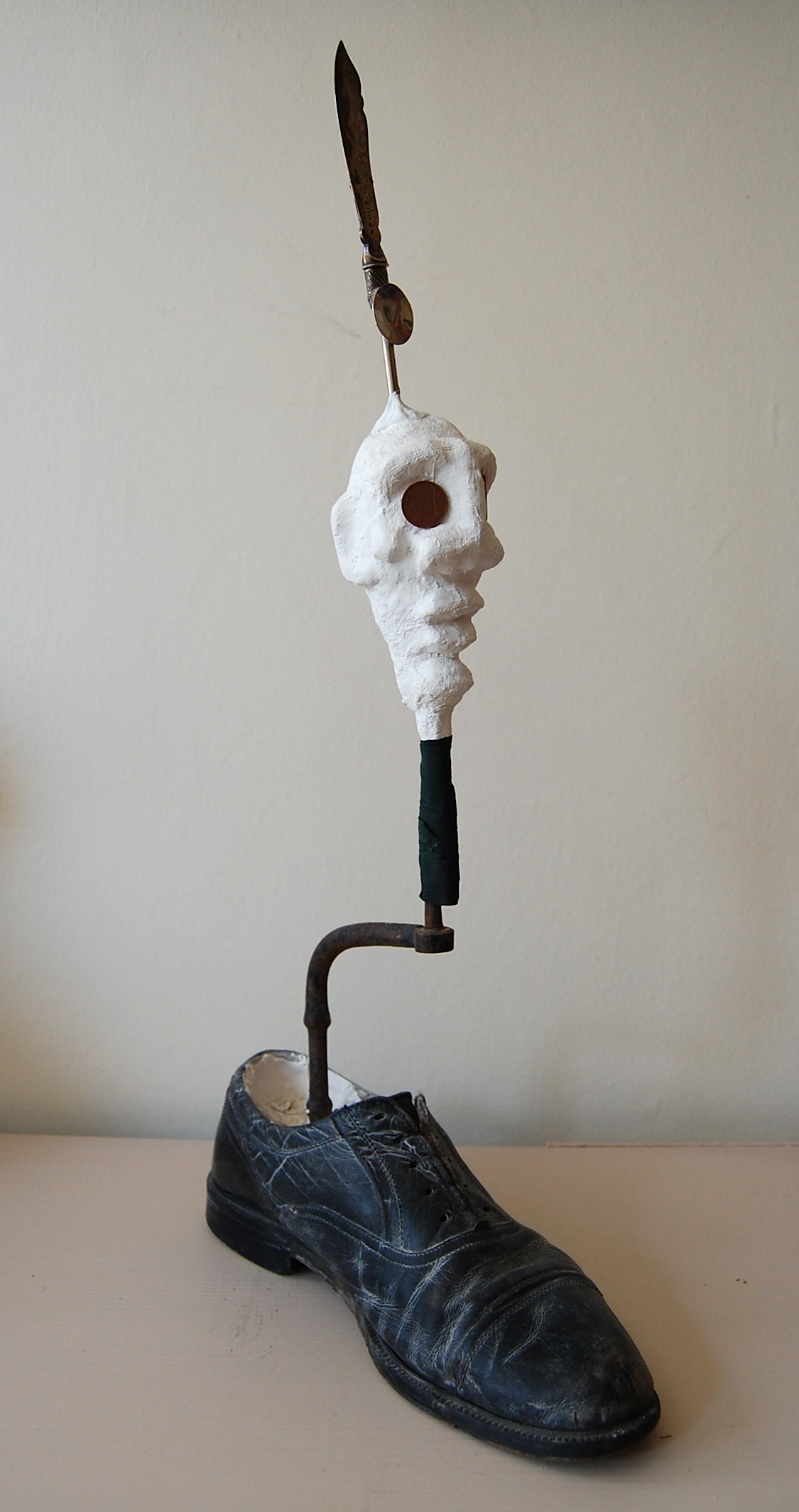 Outside In and Pallant House Gallery are delighted to present ‘Kate Bradbury: Squalls and Murmurations’; a solo exhibition showcasing the world of Outside In: National Award Winner Kate Bradbury from 5 November – 1 December 2013.

The exhibition is the second of the Award Winner's exhibitions in the Studio at Pallant House Gallery and admission is free.

Kate Bradbury was selected for both the Outside In: London and the Outside In: National exhibitions in 2012. She was chosen as a National Award Winner for her piece entitled ‘the ones I've been saving to make a feather bed.’

Some years ago ,whilst living in a tall,crumbly house in north London,I began intuitively making pictures and sculptures from the abandoned belongings of former,unknown tenants. Unearthing among the detritus a roll of thin Chinese paper and a well of black ink,an unforeseen tide of repetitive image and pattern-making promptly surged forth and since no-one was watching,was allowed to unravel at will. The simple act of making simple marks on paper became as engrossing as learning a new language,and the resulting images,as overwhelming as finding a new sense.

As an interruption to the long periods spent sitting and drawing,I also began making sculptures from the salvaged litter of remains that lay around the house and on the streets outside,being inspired by their intrinsic shape,texture,history and the possibilities of metamorphis.

Although I have no formal art education,I am interested in and inspired by artists known and unknown,archeology ,visions,inventions,by music and song.As one half of 'Diego Brown And The Good Fairy ',with my brother Adam we dress up and perform our self-penned show tunes ,and one day I would like to give up my job making sandwiches and spend every waking hour with a hammer,pen or ukulele in my hand.

I am extremely grateful to my family and friends who have always encouraged me to continue with my work , and to Outside In , who have more recently provided so much practical support and opportunity.

Image: Detail of a Dervish Figure