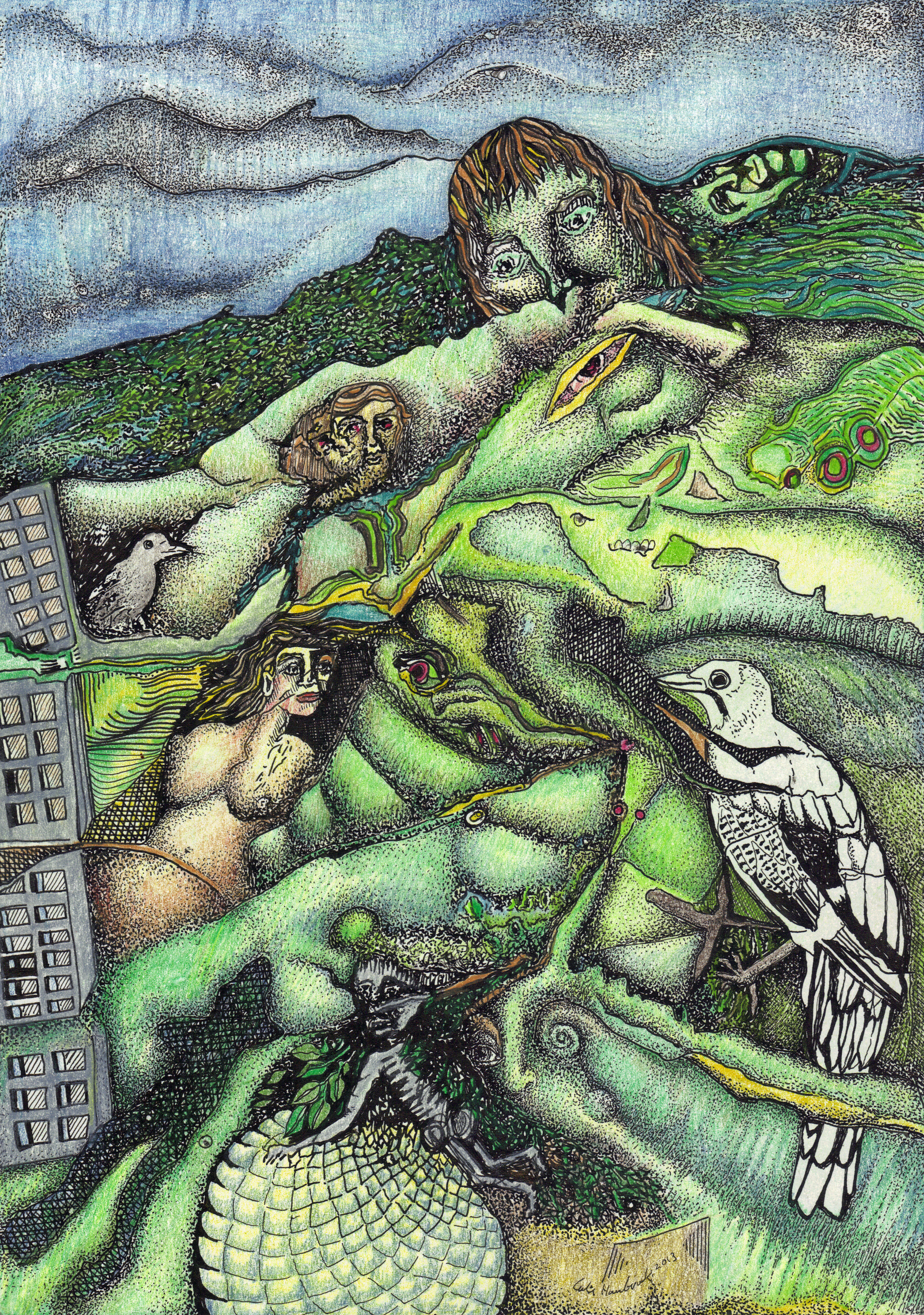 Pallant House Gallery is marking World Mental Health Day on 10 October with ‘Knitting Time: A Journey Through Loss’; an exhibition of work that reflects on loss and its impact on psychosis.

On display in the Studio from 8 October – 3 November, the exhibition is the culmination of an Arts Council Grants for the Arts supported project devised by artist, writer, and DisabilityArtsOnline Editor, Colin Hambrook. The exhibition includes paintings, drawings and prints by Hambrook as well as pieces by participants of a series of supporting Outside In: Step Up workshops in response to the theme of ‘loss’.

Driven by society’s resistance to talk about loss and grief, Hambrook was compelled to produce this powerful body of work which draws on the experiences of his formative years. Brought up as a Jehovah’s Witness, Hambrook was indoctrinated with the belief that the world would end in 1975. When the end of the world failed to arrive, Hambrook lost his devoutly Jehovah’s Witness mother to psychosis which resulted in her being sectioned by the psychiatric system.

Hambrook says of this experience: “I went through a form of bereavement after she had been sectioned by the psychiatric system and shot through with large doses of electricity affecting her ability to recognise her own children. I began experiencing hallucinations and at the age of 12 I began drawing and painting what this felt like, finding an outlet for learning to manage a host of emotional difficulties.”

The title of the exhibition refers to the use of knitting within old style asylums, and more specifically, Hambrook’s mother’s use of the activity as a way of dealing with her psychosis. Hambrook says: “She used to knit universes.” Hambrook’s drawing technique also has a textural quality that can be seen as a correlative of knitting.

Launched alongside the exhibition will be an illustrated poetry collection to be published by Waterloo Press which will be accompanied by an ‘open mic’ poetry event on 12 October.

Colin Hambrook, ‘In the wood Crow will blast our courage to tell you, you are not a tree’

Additionally, sound artist Joseph Young will provide an audio-descriptive interpretation of the narratives within the work, giving visually impaired visitors access to the work whilst adding another layer of interpretation that will be a stand-alone piece to be experienced through headphones.

Marc Steene, Head of Learning and Community and Deputy Director at Pallant House Gallery says of the project: “This project, with its strong personal context, has a purpose and vision rarely seen in the arts. Death and grieving are relatively taboo in our society and the resulting impact on people’s mental health goes uncharted. Colin’s project will act as a catalyst to further debate and research in this area of our lives so often avoided and ignored.”

Hambrook adds: “Despite the universality of the experience of grief and loss there are few cultural outlets for expression of these states of being. Hovering below the surface, emotions of grief and loss have dominated my life journey. Loss can impact on us in many ways. It can create a subtext for our lives that we have little or no control over. However, personal experience of loss can be a source of inspiration for creative expression.”