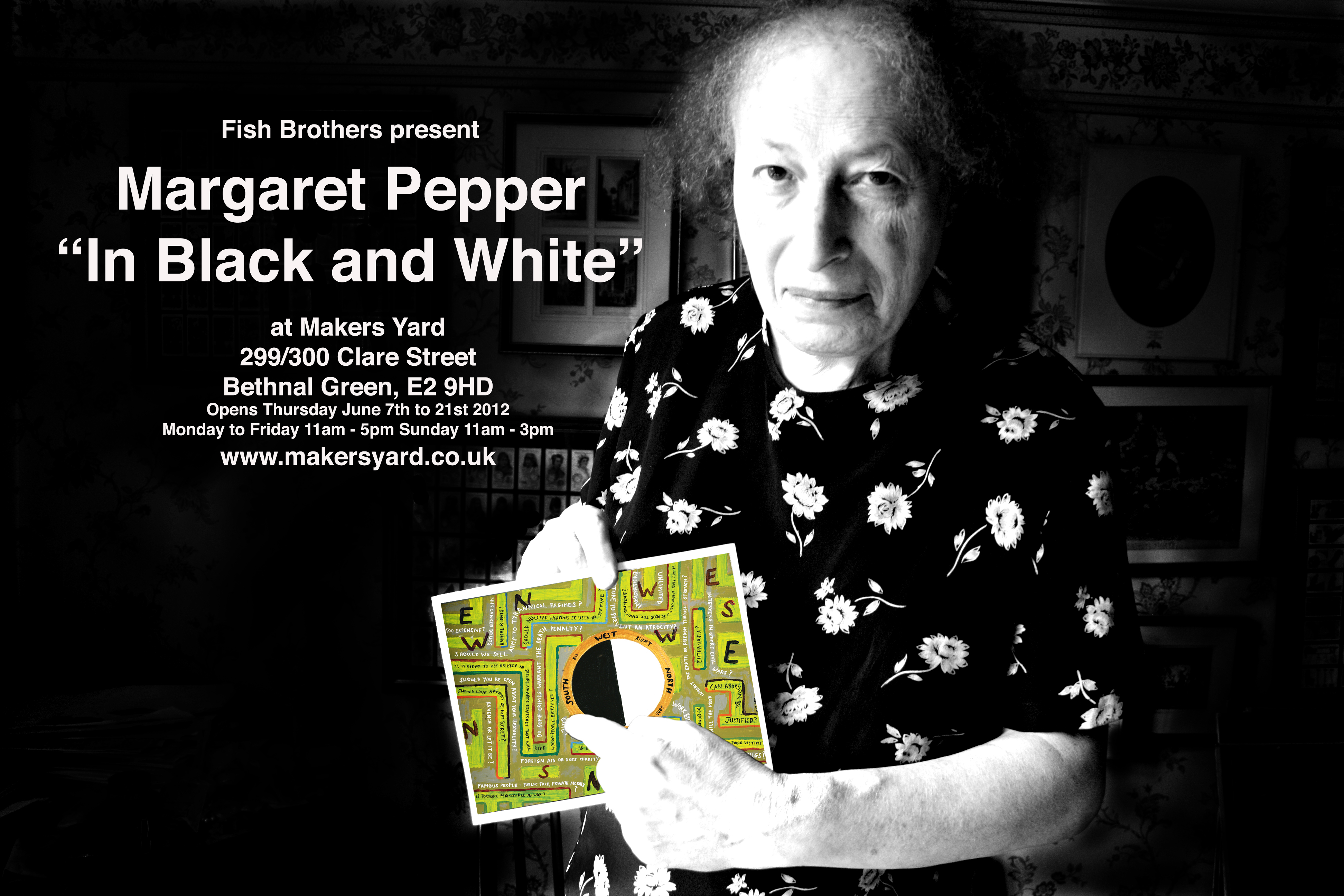 Fish Brothers (Creators of Dazed and Refused), an artistic collaboration between Peter Jessett and Adam Laurence have decided to open their new gallery "Makers Yard", with an exhibition of paintings by Margaret Pepper.The gallery is an unusual cupboard that is situated under the staircase of Cambridge Heath railway station and joined onto two arches of artist studio space.

Margaret is a transsexual . Her work is vibrant and could loosely be described as "outsider art" as she has had no formal training. Margaret is now 68 years old and started painting after surgery in March 2004. First one then another leading to an explosion of work powered by years of pent up anger and frustration.

28 paintings hav been selected and also on show is a documentary film called "Latecomers" that features Margaret Pepper talking about her transition.

Doors open at 6pm on Thursday 7th of June. The show is up for a further two weeks, opening Monday to Friday between the hours of 11am and 5pm. Closed on saturday and open Sunday between 11am and 3pm. Makers Yard is situated at Fish Brothers building ,299- 300 Clare Street, Bethnal Green, London E2 9HD

Please see www.makersyard.co.uk for a catalogue of works in the exhibition.