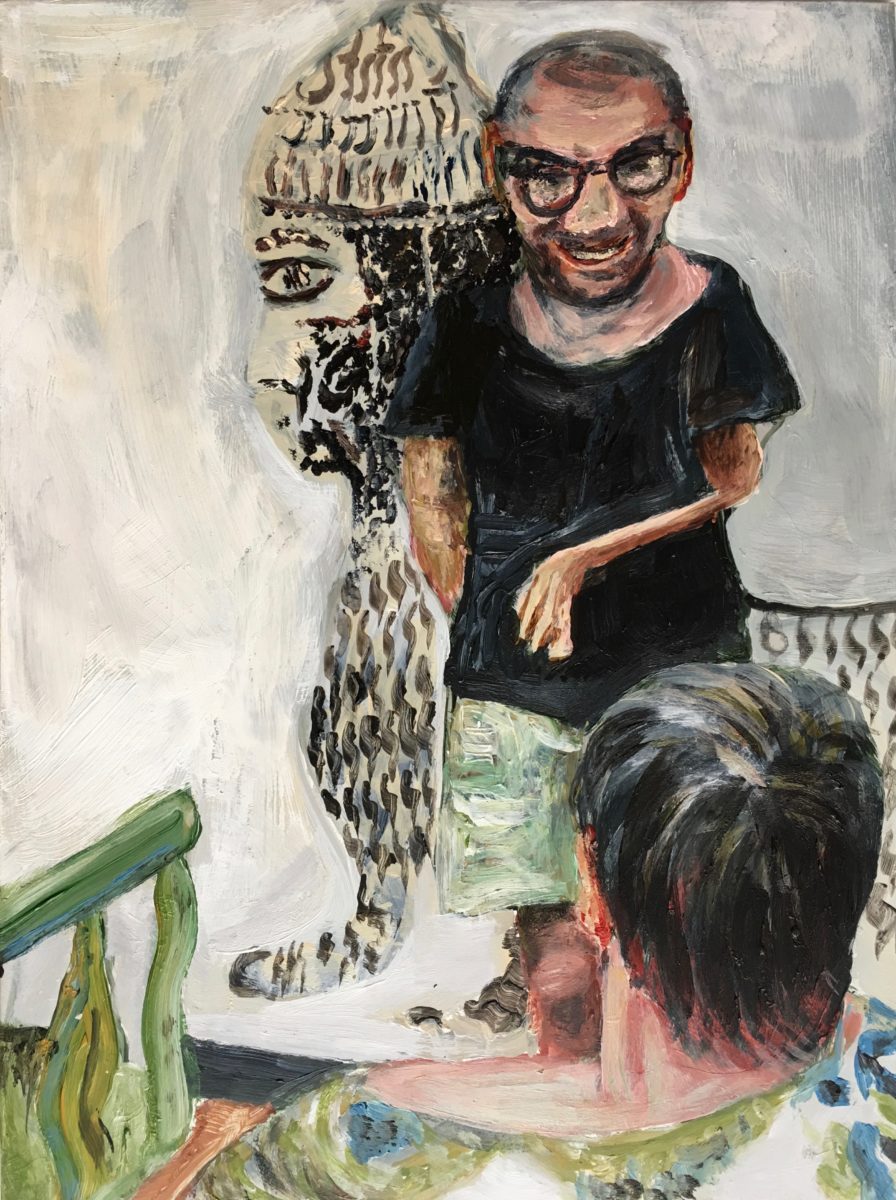 ‘Environments’, the 2019 exhibition by Outside In, is now open at Piano Nobile Kings Place in London’s Kings Cross and this year’s winners will be announced at a special event on 8th November by judges Grayson Perry, Cathy Pilkington and Robert Travers. It’s time now to meet the final ten artists from the 80 on show, whose work explores characters, human figures  and the natural world.

This week  we are meeting the following artists:

Roland Young’s drawings are full of character and full of characters – some seemingly almost identical whilst others are determined to stand out from the crowd, attracting attention by wearing vibrant colour. Sarah Harbott used to suffer from epilepsy but now no longer has seizures so enjoys getting out and producing distinctive and colourful artworks at ARTHOUSE Unlimited, such as her “Colourful Canopy”, a study of natural forms. Simon Hammond has also been attending ARTHOUSE Unlimited for many years and carves out bold figures which are bursting with life. Initially focusing on loose pencil line work, he has incorporated smudged graphite and painting into his process in recent years, bringing even more depth and richness to his work .

Steven Hardy presents an explosion of life force in Blue Brown and Yellow figures, which teems with small intricate figures, the brown and yellow figures clumping together and forming a sort of island or continent  whilst the blue figures burst out like an ocean of  bubbles around then. Tanya Raabe –Webber challenges the notion of contemporary portraiture in her work, often creating portraits of high profile disabled and diverse people during public sittings in gallery or studio spaces.  ’Mo and Me’ records her visit to meet disabled artist and paralympic runner Mohammad Barragi in his studio at the Art House in Wakefield, and a conversation about his studio practices.

Theresa Patterson’s ‘Hair Today Gone Tomorrow’ is about how long hair lasts without decomposing “Mummies discovered in Chile dating back to 5050 BC still had hair, “ she comments, and that the environment pays a strong role in deciding what lasts and what fades away. In Thomas Stimpson’s ‘Can You See It’ a woman, cold, lonely and homeless lies on the pavement in a seaside resort, whilst a sign in the shop behind her offers ‘Free Eye Tests’, perhaps commenting on her social invisibility The artist supplies a quote from Leonardo Da Vinci – “I awoke one day to find the world asleep.”

Victoria Bowman in her work ‘Untitled Six’ creates an extraordinary series of interlinked geometric patterns, bolder here, and fading there, which seem to tell stories in their intricately designed lines, rather like ancient hieroglyphics, maps or embroideries. ‘Daisyworld’ by Sew & Sew is a  textile depiction of a simple computer simulation of  Gaia theory,  as developed by  Lovelock and Margulis, which proposes that life forms work collaboratively to maintain a physical environment that is conducive to life. “Darker daisies absorb more heat and warm the earth,” she says, “whilst light daisies reflect heat and are cooling until a more stable mean can be achieved.”  Finally, in Wen Frank’s intense work ‘Wuthering’, what can be seen emerging from the darkness? Perhaps a single face twisted in torment, maybe natural forms such as roots observed in close-up or groups of figures coming out of the shadows into the light? “The artwork expresses what I see,” he says.