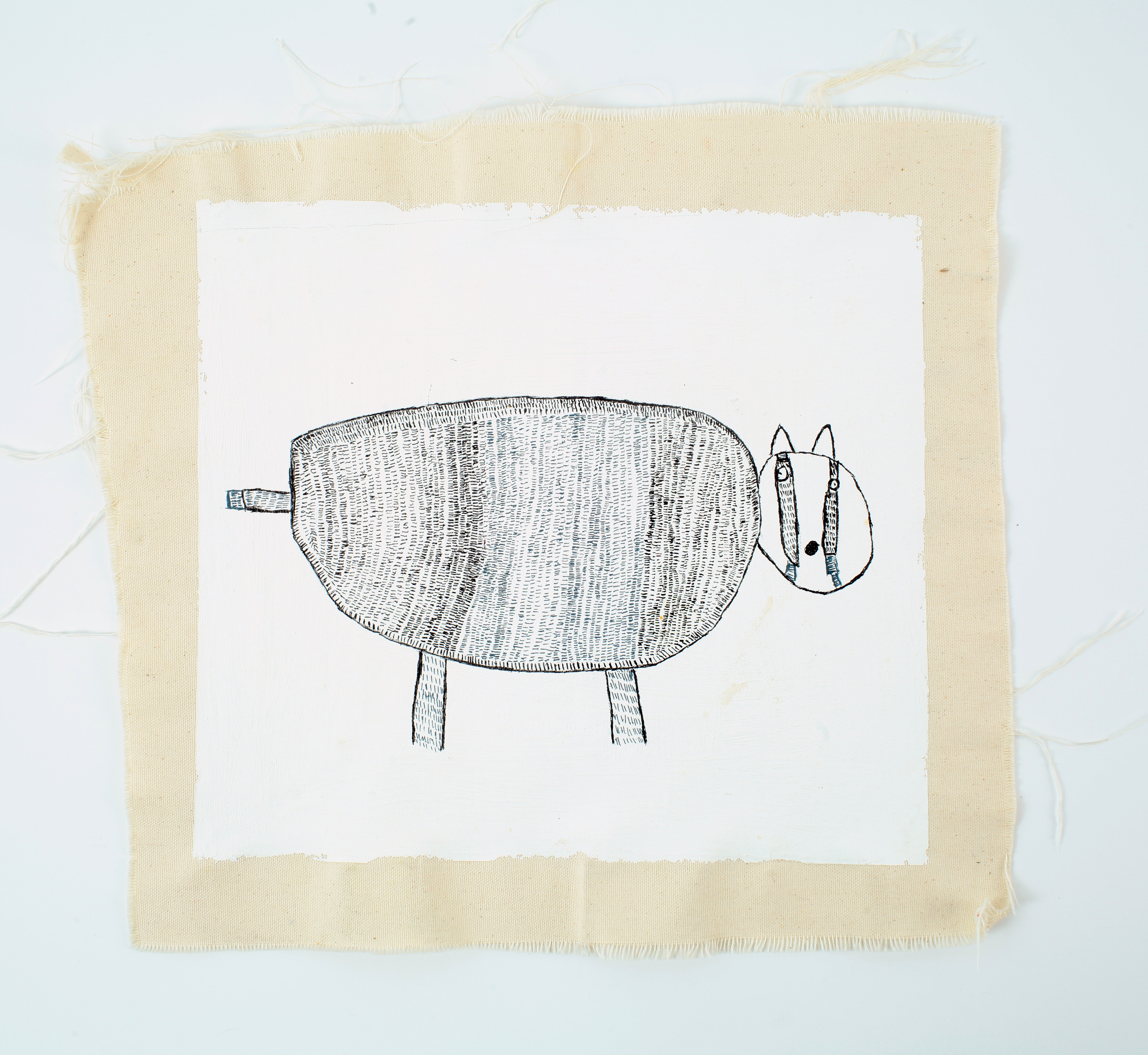 Tigers, fish and badgers all make an appearance as we discover more about the next ten artists whose work will be showcases in Outside In’s 2019 national exhibition ‘Environments’.

First up are three very different paintings, the first is by Beccaartist used her hands, fingers and palette knife to transmit raw emotion into this piece ‘Grief’ which is dedicated to her mother who passed away recently.

Carla Cannon’s ‘Environment 2019’ is also inspired by feelings, this time relating to being homeless within Digbeth, Birmingham. She said: “I have tried to feature the hopelessness felt alongside the idea of the stigma of homelessness; lack of empathy and understanding of the bigger picture of the individual.”

Meanwhile this installation of smaller paintings by Chandrakant Patel is described as the artist’s way of creating ‘new worlds populated by colour, shapes and forms.’

William Waiting is the work of longterm ARTHOUSE Unlimited member Danny O’Sullivan. He said: “I always loved art even before I came to ARTHOUSE Unlimited. Everything was always about art for me. I feel very proud of myself when someone buys my work. It’s mind over matter.”

Deborah Makinde is a practicing artist at Venture Arts, who have supported her in creation of her artwork and in her work at Manchester Museum, her inspiration comes from her workplace where she helps to educate people about animals and in particular the European Badger.

This digital print ‘Chocced on Plastic’ is the work of Casey Cooper, the artist explained how the medium allows them to illustrate ‘concern about the aesthetic nature of popular culture’. Talking about the approach, they added: “The digital domain, film, painting, drawing, poetry and the written medium. I mash it all up.”

Inspired by Millais’s ‘Ophelia’ and with a nod to Jacques Tati and Rene Magritte, The Modern Day Ophelia by Boon Yik Chung is intended as both ‘a love letter’ and ‘also a satire mocking the human condition in contemporary London’.

Chrissie Buckthorpe’s watercolour of Sunset over Birdwell is the result of a bus journey taken through the district of Birdwell, which is located between Sheffield and Barnsley, one evening. Chrissie said: “I just happened to see a beautiful sunset and a great view. I was lucky to take a good photo when I was on the upper deck of the moving bus and I used that photo to produce this painting.”

In My World With Epilepsy, David Spencer continues his efforts to ‘make my mark with art, and let people understand what it’s like to have epilepsy’.
He explained: “Before the seizure, it’s like a black hole in space where time stands still. I feel waves of incredibly high and low emotion. I feel like I am floating on air on a rollercoaster ride, then my brain is like an egg being tossed around and thrown into a blender while trying to think straight.”
David describes art as a means of making himself feel more relaxed and less stressed, adding: ” I feel appreciated when my work is out there in the world.”

While the last of this set, Light Spectrum, showcases Chris Cooper’s powerful perspectives on his immediate surroundings. Created from his photographs, which are then manipulated in Photoshop, this piece features materials within a box, which Chris saw as being restricted, ‘boxed in’ and forgotten about. Chris has added colour and focus to this area, drawing parallels with his support of the inclusion of people with learning disabilities and autism and his desire to see their abilities recognised.

Environments 2019: Week one of meet the artists