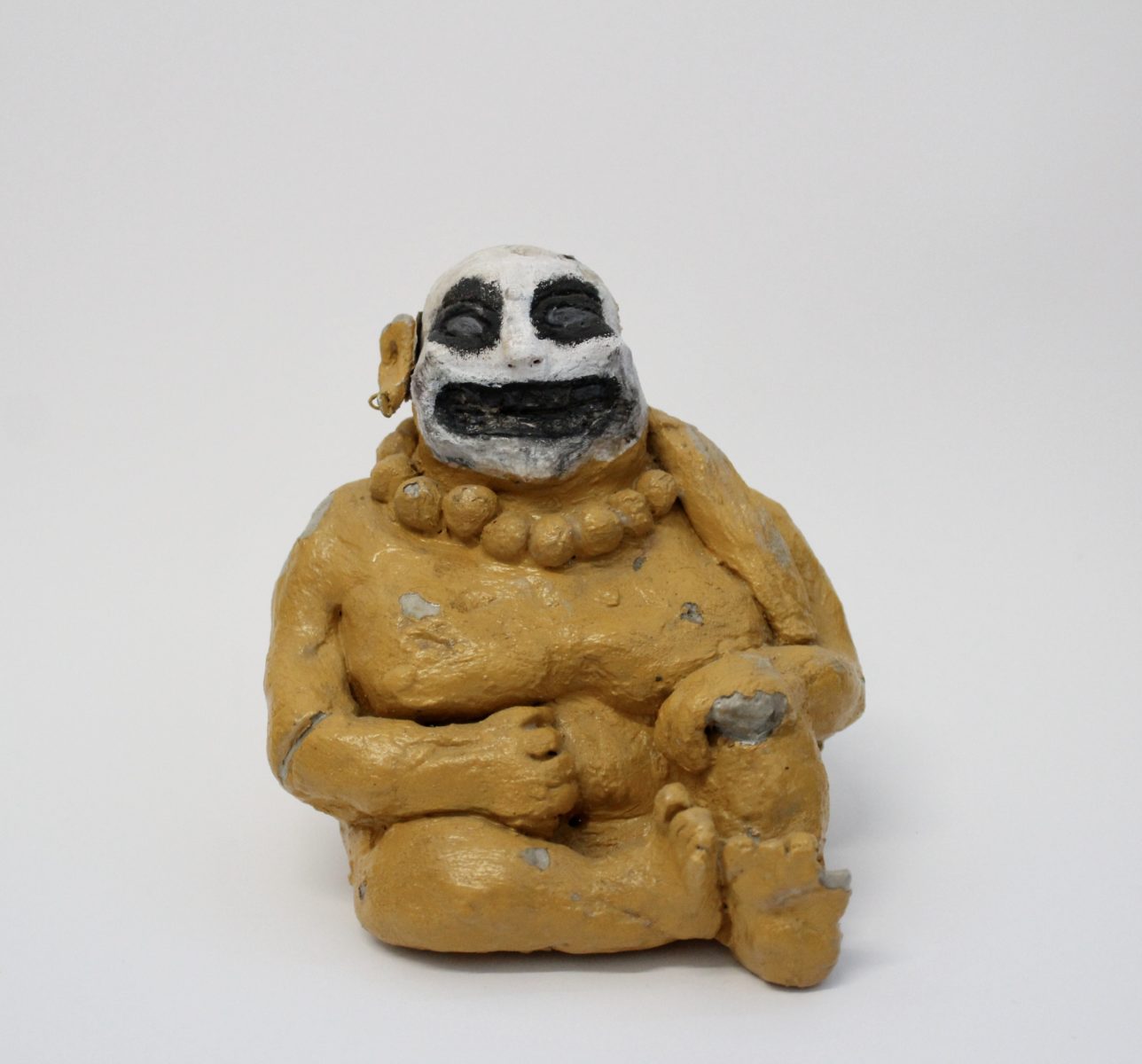 As the countdown to Outside In’s 2019 national continues, each week we will be taking a closer look at ten of the artists involved and discover more about the work which will be on show.

Outside In artist Alan reveals his clay sculpture ‘Buddha’ is inspired by “the erosion of the environment over time whether its man made or natural’. While Alan Payler’s felt tip on paper piece entitled ‘The Garden’ is said to be illustrative of his ‘gentle, delicate way of working where even large areas of colour are undertaken in small, careful steps.’

Also a fan of detail, is Babajide Brian who explains the Flat Iron Building is one of his favourites to sketch, he adds that he tends to like architecture which has ‘straight edges or looks really different somehow’.

“The idea is based on how bridges are important to the city helping people travel to other areas,” says Adrian Flaherty of his Wandsworth Bridge painting, he adds: “My intention is to sell these paintings and by doing that making connections to other people homes.”
Community care inspires Alex Horswood’s piece a ‘False Promise’ which was inspired by time in a hostel.

Andrew Murie’s ‘Untitled’ shows how, despite turning his hand to various different techniques and media, he always returns to large paintings. Working at an easel, building up layers of shapes, he is known to spend days on each piece.
Despite both using photography, the pieces by Alexandra Forshaw and Amy Bell have a stark contrast. The first, A Harmful Environment, is intended to show ‘lines of scars cut across man-made structures, indicative of the harm inflicted on our planet’ while Amy’s piece creates a new mystical world inside a glass bottle.

Aradne’s work also entertains the imagined, inspired by phantom islands – in this case ‘Hy-Brasil’ – that appeared on early medieval maps but have long disappeared. However it is underpinned with a poignant message; ‘it is about climate change and the distinct possibility that in the future we will also become a long lost and forgotten civilization and a phantom island that has disappeared beneath the waves’ explains Aradne.
While in their original pencil and ink work, a group of ARTHOUSE Unlimited artists captures the intricacies of life on a coral reef.