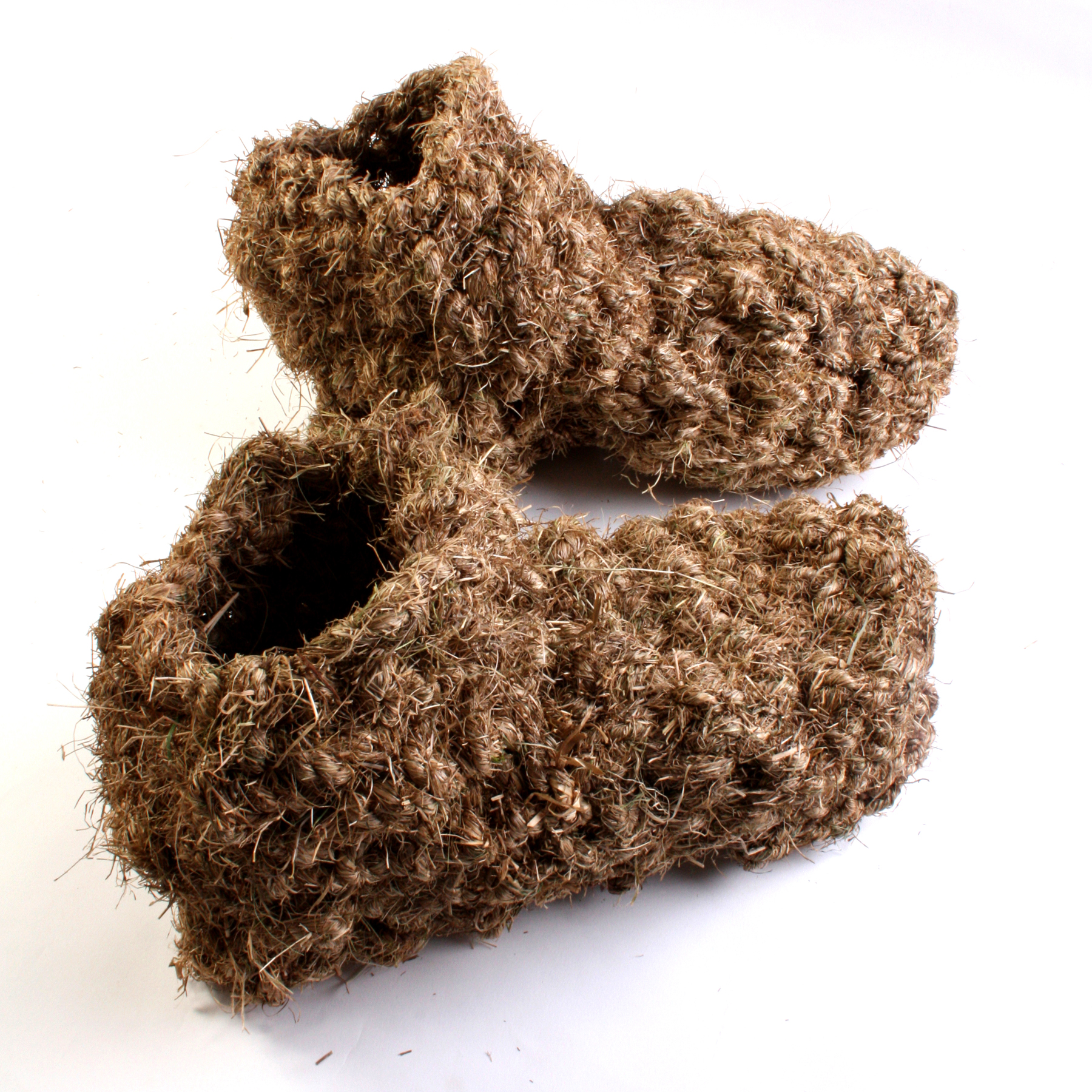 This week’s blog post sees Outside In Manager Jennifer Gilbert in discussion with Art Therapist Joyce Laing, who discovered the work of Angus McPhee. Replicas of Angus’ work are included in Radical Craft: Alternative Ways of Making at Pallant House Gallery until 12 June 2016.

Angus McPhee was born in 1916 and lived in the Outer Hebrides, Scotland in Uist. His mother died when he was eight years old, and this profound loss was said to have stayed with him for the rest of his life. He was the son of a crofter and helped his father on the land with the animals of the croft. After leaving school he became known for breeding sturdy working horses and this was a trait that stayed with him throughout his life. He was recruited to the Lovat Scouts army at the start of the Second World War. In 1941, after two years in post, he became ill and was diagnosed as a schizophrenic. His illness seemingly disappeared on his return to Scotland, but soon returned and his family were unable to cope. It was at this point that he was admitted to a psychiatric hospital in Inverness where he remained for fifty years, choosing to be a mute on arrival. It is not clear why he chose to do this, and several differing accounts have been made. With his crofting background Angus was considered a natural farm worker in the hospital where he was a resident and each day would spend some time working in the fields. He did make small conversations out on the field, but maintained his silence in the hospital. Each evening he turned his hand to grass weaving, but this was only really discovered when Art Therapist Joyce Laing visited the hospital with an Art Historian called Jim. The hospital workers at the time said that he worked discreetly, not secretively, but avoiding any unwanted attention. Joyce has re-told the story to me of when she found Angus’ work:

“Following a trip to Lausanne to see the Collection de L’Art Brut, Tom, a Glasgow Art Gallery Director, became passionate about this raw form of art. He contacted myself and sent me for a one week trip with an art historian to discover this form of art in Scotland. We went to Inverness via train, to the hospital where Angus was and only came across his work at the end of a very long day. We saw hundreds of paintings and craft objects across the day, many of which were extremely interesting and clinically significant, but they were not art extraordinary. Art extraordinary is extremely rare and possesses that powerful quality which impinges itself on the memory, for nothing quite like it will have been seen before. It is arresting, beautiful and without any hint of affectation. We walked out to the end of the hedgerow, and underneath the bushes we excitedly found boots, a coat, trousers etc. The hospital staff fetched Angus straight away from the fields so that we could meet him and tell him of our plans. We took several pieces to show at an exhibition at the Glasgow Print Studio Gallery in 1978, which also featured around 10 other artists. The poster for the exhibition had a red keyhole on it … The keyhole represented a means of glimpsing into the world of these artists. We cannot enter their world, nor can they leave it, the only mutual contact is their art. From their art, we are privileged to encounter the visual imagery from each artist’s unique universe.”

Angus was flown back to Uist following the closure of the hospital after 50 years stay. He was moved to a home for the elderly called Uist House, but passed away suddenly in 1997 aged 81. His works formed part of The Art Extraordinary Collection and this is now held at Glasgow Museums. Joyce also said the following of why her collection is called The Art Extraordinary Collection: “The term outsider can carry with it more derogatory meanings and can alienate rather than attract. In my own search for this form of art in Scotland, I soon felt handicapped by the use of the term outsider. Following the repeated utterances of viewers to whom I showed examples of this art. I began to call it ‘art extraordinary’. People would react with gasps of amazement, often they were particularly fascinated by these artists’ use of materials, not normally associated with art work. The exclamation ‘extraordinary’ seemed to belong to the works I had discovered and thus The Scottish Art Extraordinary Collection was established. Art Extraordinary, Outsider Art, L’Art Brut are timeless examples of an art which has existed since the beginning of time.”

As Angus McPhee’s work is now so delicate, replicas created by Joanna B Kaar will be on display in Radical Craft: Alternative Ways of Making alongside a film of the artist until 12 June 2016 at Pallant House Gallery before touring nationally. One of the pieces can be handled so that visitors can experience the texture.

Click here to find out more about the exhibition