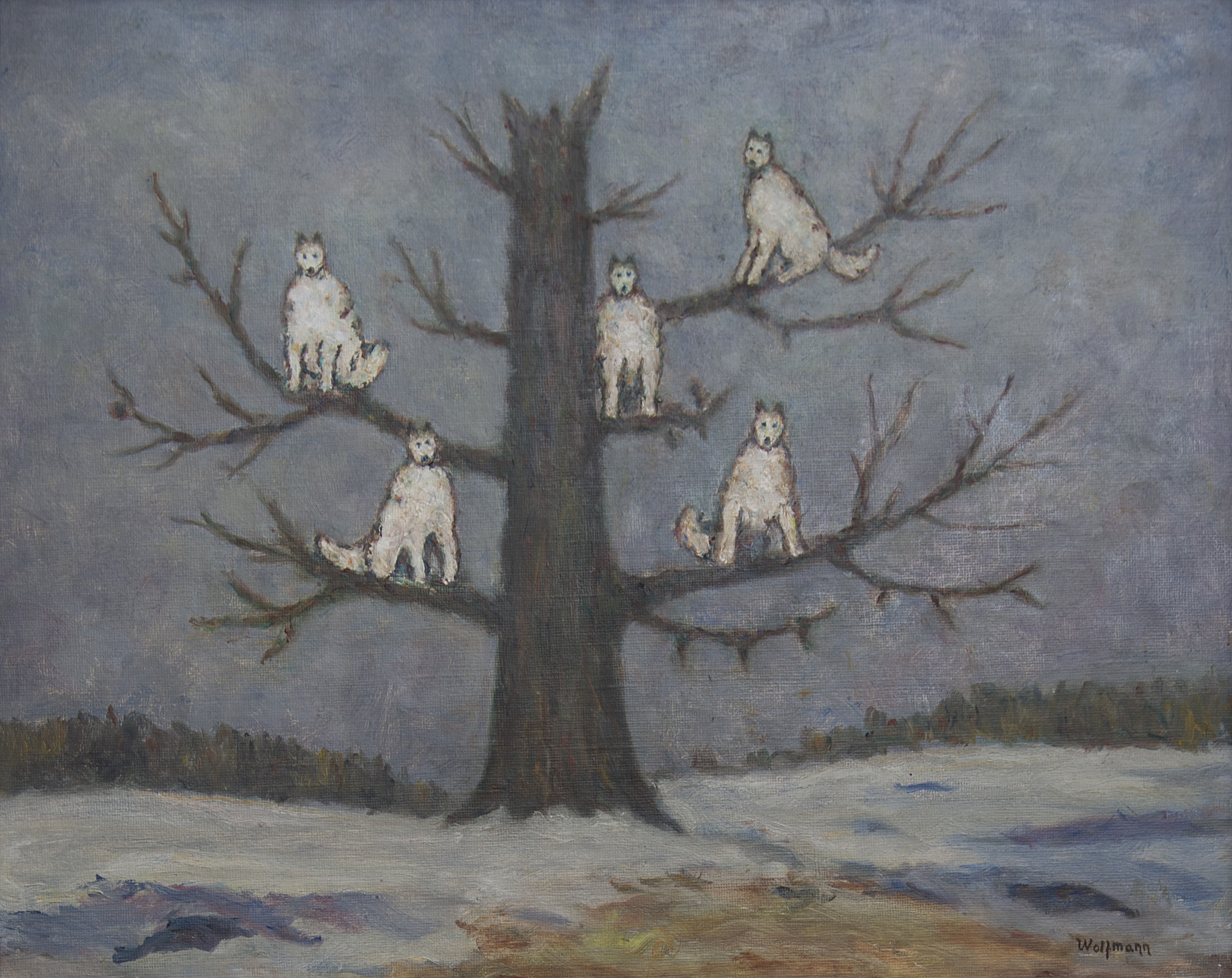 Wellcome Collection’s current exhibition Bedlam: Asylum and Beyond follows the rise and fall of the mental asylum and explores how it has shaped the complex landscape of mental health today. For this week’s blog we asked Outside In artist LWG to visit the exhibition and share her thoughts on the experience.

Housed at Wellcome Collection in Euston, this exhibition combines work by artists concerned with the experience and history of mental health care provision. From the inception of the earliest Bedlam site in the 13th century, the history of asylums is told right up until the present day. Engraving of exterior of Bethlem Hospital in Moorfields. Copyright Bethlem Museum of the Mind

The word ‘Bedlam’ became synonymous with any asylum and can be viewed as a term intended to belittle and stigmatise. It can be dismissive of the experience of mental ill health, which many sufferers, myself included, consider offensive. The word asylum, despite the negative connotations which it has acquired over the years, was originally conceived as a place of refuge and sanctuary. The site of the present day Bethlem Royal Hospital in Beckenham was once a rural site which, like Chichester’s Graylingwell Hospital, was intended to be a calming, gentle retreat that was largely self sufficient.

However, I think we are all aware that these places were in fact, nothing of the sort. They were places in which various treatments were tried as psychiatry evolved, which from a modern perspective could be viewed as at best misguided and at worst downright abusive. It is particularly notable that included in this exhibition is the eponymous Rakes Progress by Hogarth, contemporaneous with the fashion at the time for people to visit and view the inmates as entertainment, zoo of the mad, paraded for the entertainment of the genteel. There is much in this exhibition of note; a Van Gogh for example, and works by Salvador Dali,  both notoriously ‘mad’ artists. The space is doubtless beautiful under other circumstances, but in this case seems dark, claustrophobic and restrictive. Though this could be in part triggered by my own memories of what I still insist on referring to as my  ‘erroneous incarceration’. Sergei Pankejeff, Painting of Wolves Sitting in a Tree (1975). Courtesy of the Freud Museum London The range of work displayed is eclectic, both historical and contemporary, including records and objects beside sculpture and painting. As a retrospective of psychiatric methodology it is unsettling but informative, innovative and a valuable resource. Despite it’s dark subject matter, the works here are well worth a look for anyone interested in this topic, but be warned, you may come out the other side exhausted and more than a little disturbed!