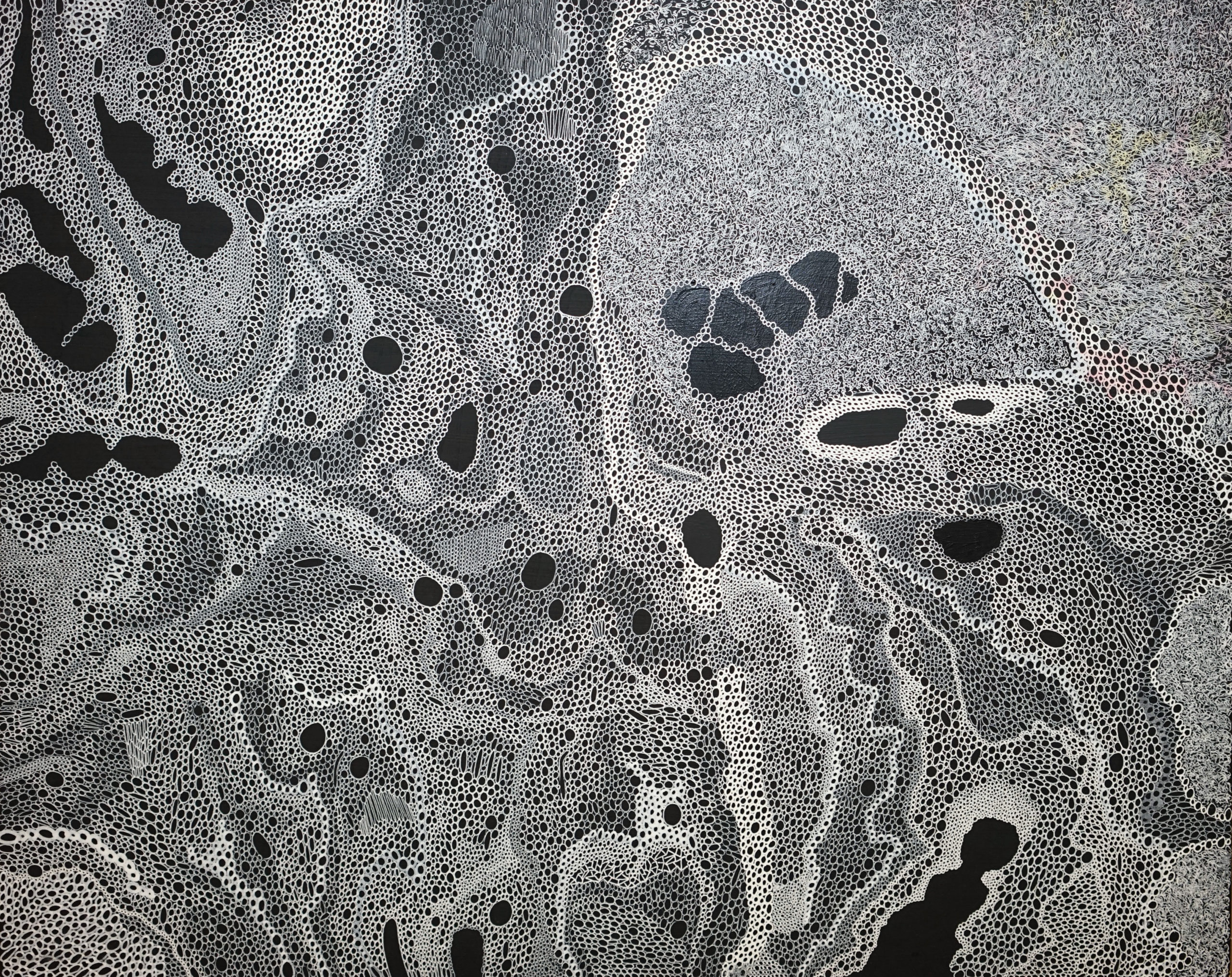 Yesterday a new exhibition opened at The College of Psychic Studies featuring artwork by four Outside In artists. Encounters with the Spirit World presents over 500 spirit photographs, mediumistic artworks and artefacts relating to seances from 1856 until the present day. The College are also exhibiting their new artwork acquisitions by Outside In artists Aradne, Chris Neate, Daniel and Jan Arden for the very first time, alongside works by two international artists.

In 1883 a new society named The London Spiritualist Alliance was formed. It was the first of its kind in the UK, set up to test the abilities of psychics and gather proof of consciousness beyond matter. The society has occupied its premises, a Victorian townhouse in South Kensington, since 1925, later becoming known as The College of Psychic Studies. Psychic studies have come a long way since the society first formed and the College now runs cutting edge courses using modern methods.

For just one week the College is opening its doors to the public with all six floors of the townhouse showcasing their intriguing collection of artefacts. The College’s rich history is told through objects including Victorian writing slates, spirit trumpets, planchettes, crystal balls and the visionary paintings of Ethel Le Rossignol. Visitors can enter the President’s office used by former College President Sir Arthur Conan Doyle and still in use today, and the rooms where psychic detective Harry Price built his laboratory.

This is also an opportunity to be among the first to see several of the College’s new acquisitions. Work by Outside In artists Aradne, Chris Neate, Daniel and Jan Arden are on display alongside international artists Zinnia Nishikawa and Damian Michaels. Their mediumistic, automatic and visionary artworks are an important addition to the College’s collection and will undoubtedly inspire future generations of psychic students.

The drawings of Chris Neate pass from his mind to the page; ‘I have no idea what image will appear on the page. I start to draw and the image is guided.’ The results are intricate constellation-like drawings, often made up of thousands of tiny circles or ethereal faces that stare back at the observer; ‘More recently I’ve worked only with circles, veering away from faces and more towards flows of what I would call “cells”. I don’t believe the spirit world is populated by beings who look like us. I think it’s more abstract, it’s about energy and movement and flow.’ Chris Neate, Through Oceans of Light A selection of drawings on display by Jan Arden

Jan Arden draws in a similarly intuitive way ‘I became fascinated with meditative art, intuitive art and, using a black biro pen, began my journey into the world of the cross-hatch, allowing my mind’s eye to perceive ever deeper realms of the sub-conscious.’ The images he produces draw influences from Native American and Shamanistic art ‘I am on a great artistic adventure, ever intrigued at what will manifest next.’

Aradne uses freehand machine embroidery to produce her intricate works, which take the form of small figures, birds, insects and flowers. ‘I like to work intuitively and see the way I work as a language or a tool to communicate how I see the world in my imagination not as a record of things seen. I don’t know where the images come from, but they do stem from my childhood.’ Daniel’s work is inspired by angels, ‘Archangel Metatron has been my guardian angel throughout my life. For the last 3 years whilst in and out of hospital I have been drawing and painting new incarnations of Metatron and mandala type drawings all associated with this great being.’ Daniel creates bold, abstract representations of his guardian angel, drawing complex compositions of shapes and symbols.

Encounters with the Spirit World gives a fascinating insight into the world of psychic research and of how the spirit world can manifest in the human mind. The exhibition is open for a strictly limited time between 14 ­and 20 August 2016 at The College of Psychic Studies,16 Queensberry Place, South Kensington, London, SW7 2EB. Admission is free and visitors will have the opportunity to purchase artworks by the exhibiting Outside In artists.