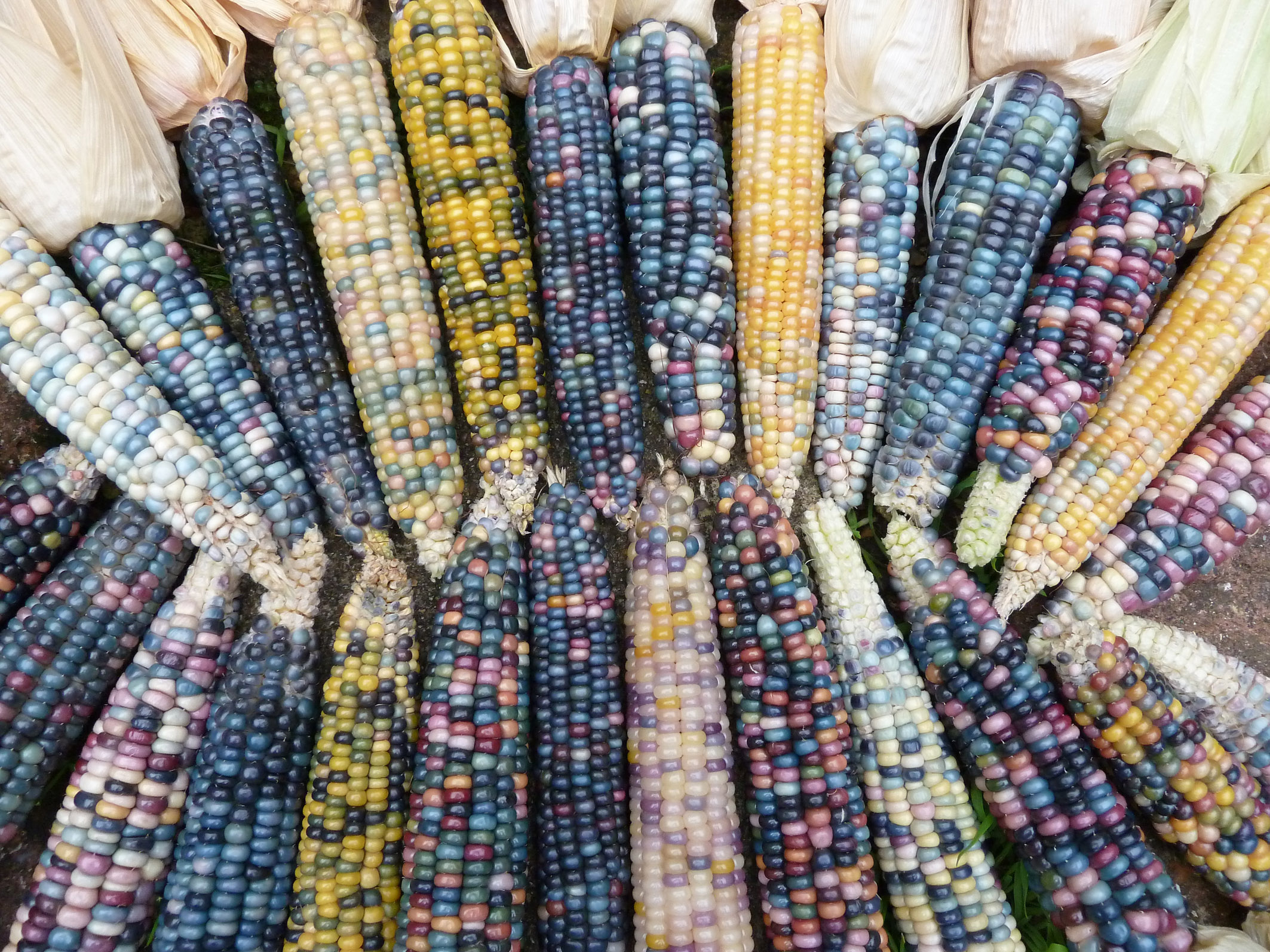 We recently asked artist Adrian Mundy to provide us with an update on his Arts Council England funded ‘Grow and Exhibition’. Here he tells us about his growing process, the exhibition that has just taken place and an upcoming exhibition.

“My name’s Adrian and I’m a perfectionist.

My practice was primarily based on painting. Very precise, geometric painting. I could control everything about it. I have a pile of pre-made canvases that I can’t use because they have one or more sides that curve slightly, no good for designs based on rigid grids.

Then in 2014, after a change in direction, I started my Grow An Exhibition project with the idea to grow plants that would then be harvested, processed and turned into artworks. The first year went well. Lovely straight lines of flax were sown in regularly spaced drills. Pesky weeds were quickly pulled out as soon as they grew, apart from a few poppies to leave for the bees. The plants grew big and strong, maturing into sturdy golden stems. These were harvested, dried and processed. The only slight problem was that they stayed a bit too long in a bath of water to release the fibres. A metal bath. In full sun. In the middle of summer. Ahhh, the country smells! I also grew Glass Gem corn, a multi-coloured variety from the Americas. Again, these were planted in a nice regular spaced block and they grew big and strong. Harvesting the cobs was exciting as the husks were gently pulled back to reveal a multitude of colours. Each cob contained a unique and vibrant spectrum. In 2015 I was awarded Arts Council England funding which meant that I could go forward with the project and work towards the final work and exhibitions. Again, lovely straight rows of flax were sown and what I had now nicknamed ‘Funky Corn’ had been planted at Tuppenny Barn. All was looking good for another perfect crop. The flax was harvested and drying in the field and the corn was growing big and strong. However, Mother Nature had other ideas. It rained and rained and the sun only made brief appearances. As a consequence my golden flax turned a dull grey while most of the corn barely made it to maturity. Rodents added to my despair as they munched their way through the few cobs that had managed to ripen. I harvested as much as possible and tried to dry it in my studio but some still rotted. I was devastated. Then the idea for a theme and title for the exhibitions slowly came to the surface. Natural Imperfections. Or better still, Natural Imperfections. This comes partly from the way the plants ‘do their own thing’ and grow how they want to, but also represents my desire for perfection in my work, something which is impossible when working with plants and handmade paper. Celebrate the imperfect and work with it. I collected all my crops in my studio so I knew what I was working with, but that only ended up turning my organised space into looking more like a barn. Checking over the cobs

After a documentary exhibition at Art Space Portsmouth in February 2016 it was on to making the work for the final exhibitions at Tuppenny Barn and Aspex Gallery. Although I started this project with the main thought of making paper and then turning it into artists books I got more enjoyment from the sculptural pieces. Two of these were yin and yang bowls made from moulded flax paper and the residue from separating perfect seed heads from the chaff. However, the work that I’m most proud of is my centrepiece. A five metre plank purchased from the Aladdin’s cave of wooden treasures that is the Southampton Wood Recycling Project, held up on legs with flax stems ‘growing’ through it. However, this is something that I couldn’t have made on my own in the time permitting and so I had to call on studio friends to help, something that makes a perfectionist a bit twitchy, to say the least. Nobody can do it as good as you can!

Mike constructed the bases and the legs at the studios while Julie and Natalie drilled and glued hundreds of stems into the plank on-site. Thanks to all their hard work it looked amazing and it received many great comments. I never had any doubts that it would!!! The exhibition at Tuppenny Barn was well-received and was visited by almost six hundred people over the course of eleven days. This figure includes a class of thirty five and six year old children. It turns out that small children can be quite scary – especially when they are situated near delicate artworks! However, the visit passed without injury or breakage! I am now making finishing touches to work for my final exhibition at Aspex Gallery in Portsmouth from 15 June – 14 August, which features as part of Portsmouth Festivities. The centrepiece is being re-worked to fit the space and new pieces made to go alongside those shown at Tuppenny Barn. So, what’s next for this perfectionist? I haven’t learnt my lesson and I’m going to be working in the hardest place to control – nature. As I said above, I got the most enjoyment from working with the sculptural pieces and I’m just taking it to the next step by making Land Art in the environment, à la Andy Goldsworthy. I already have connections with a couple of venues allowing me to experiment with their land. Watch this space.”