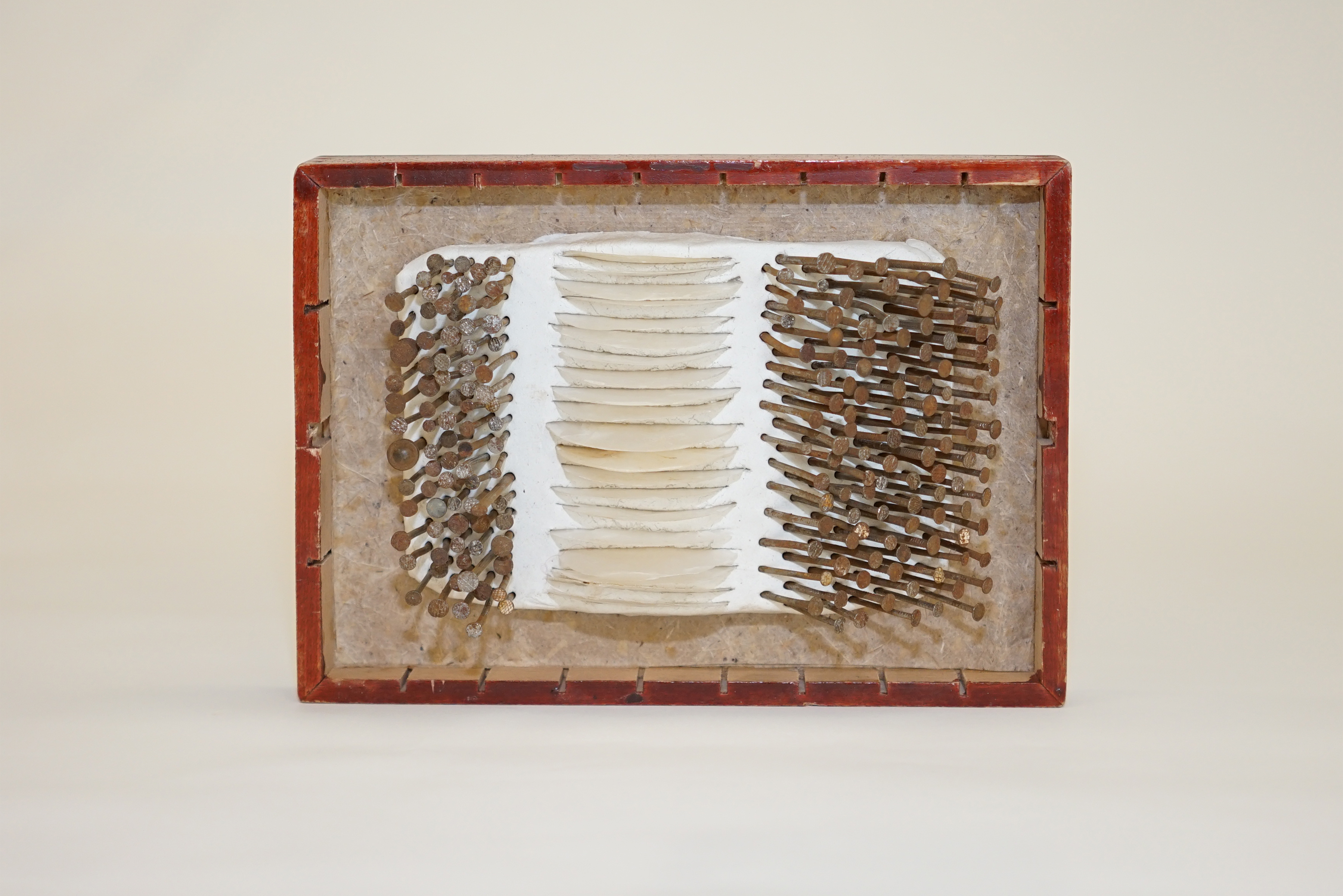 The exhibition opens on Thursday 1 September. To give you a taste of what’s in store, this week we are sharing a few highlights from the exhibition. Kwei Eden won an Outside In Award in 2009, which was an inspiring experience for her, ‘After receiving the award, and having my first solo exhibition, it has lead me into investigating how I could inspire children and the more vulnerable members of our society to engage in art as a way of connecting with themselves and boosting their self-confidence – as it has done for me.’ Kwei is also currently studying for a B.A. in Fine Art. Kate Bradbury, You don’t have to do the wrong thing to be on the losing side

Kate Bradbury was an Award Winner in 2012. She will be showing two works in the exhibition, including ‘You don’t have to do the wrong thing to be on the losing side’ (above). Since winning her award Kate has had work included in a number of exhibitions, including our current touring exhibition Radical Craft: Alternative Ways of Making, which opens at the Beecroft Art Gallery in Southend on 10 September. Kate also had work selected for inclusion in this year’s Royal Academy Summer Exhibition. Nigel Kingsbury also won an Outside In Award in 2012. His award win then led to a show at the CGP London gallery from which he won a solo exhibition at the Julian Hartnoll Gallery in 2014. He was also selected for the 2015/16 Jerwood Drawing Prize and was exhibited at the Paris Outsider Art Fair with Outside In. His art is now in key art collections around the world, including in London, Belgium and New York. Nigel passed away early in 2016, but his work continues to give pleasure to many people and will do for years to come. James Gladwell was our 2016 Award Winner. Along with Kate Bradbury, James currently has work on show in our touring exhibition Radical Craft: Alternative Ways of Making. At the moment he is also working on nine different drawings all on cloth, to which he will add his distinctive needlework.

Outside In: 10 Years of Award Winners will be in the Studio at Pallant House Gallery, Chichester. The exhibition will run 1 September – 30 October 2016. Entry is free.

To mark our 10 year anniversary Outside In are running the £10 for 10 Years fundraising campaign, collecting donations of £10 to support the continuing work of the project. Visit our Just Giving page if you would like to make a donation. Share using the hashtag #10for10years.