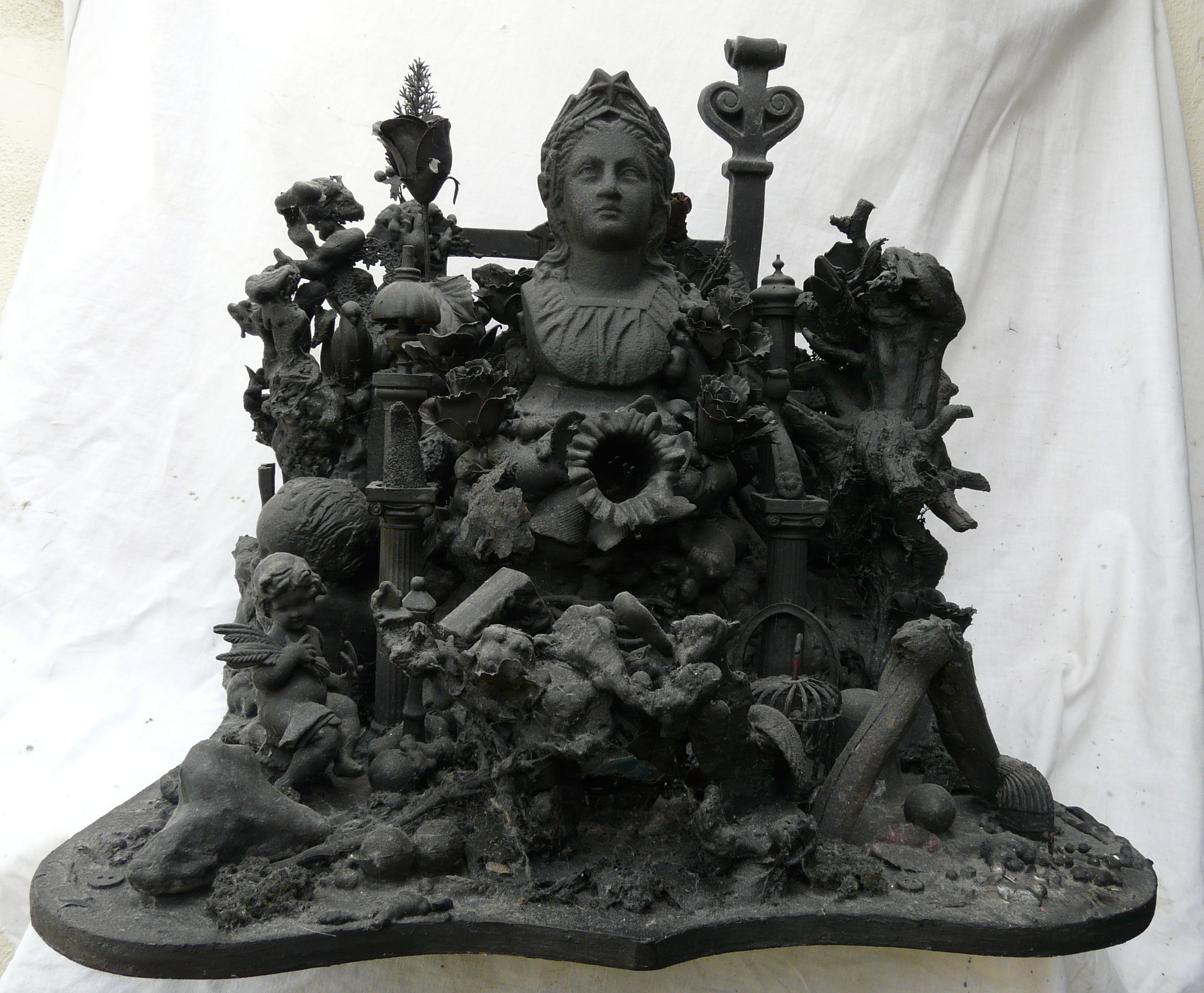 This week, Jennifer, Hannah and Harry from the Outside In team have been in Paris for the Outsider Art Fair 2016. This was the third year that Outside In have had a stand at the fair, which took place on 20-23 October at the Hôtel du Duc. As the newest member of the team, Harry, our Outside In Communications Officer, was attending the fair for the first time. In today’s blog post Harry shares his experiences of the last few days.

The Outsider Art Fair is a place for collectors, dealers and lovers of Outsider Art to view and buy artwork. The fair was made up of stands representing around 40 commercial galleries from across Europe and America. As a not-for-profit organisation, Outside In were among only a handful of anomalies; we’re not a commercial business, profits from our sales were going straight back to the artists themselves (with Outside In taking only a small commission to cover our costs). We were doing something different – and it was our ethos, as much as the art itself, that captured peoples imaginations this week.

We installed the work on Wednesday. It was the day before the fair opened and the Hôtel du Duc was abuzz with gallerists hanging their work. It was our first opportunity to see what all the other exhibitors were showing. The range of art work on display was breathtaking; from intricate drawings to enormous sculptures; from works by unknown artists to some of the great names in Outsider Art, like Edmund Monsiel and Henry Darger. It was great too for the Outside In team to catch up with other gallerists whom they had chatted with in years before.

Our stand showcased the work of eight Outside In artists; Chris Neate, Nnena Kalu, Chandrakant Patel, Martin Phillimore, Roy Collinson, John Salmons, Saffron Wright and Shafique Uddin. The three of us were on hand to answer questions from the public, and process any sales. People were always interested to know more about the artist; what their backstories were and what their creative process was like. My favourite pieces were Nnena Kalu’s Vortex paintings. Nnena is a studio artists at ActionSpace. She applies paint and pastel in a cyclical motion, building up layers to create these beautiful circles of colour.

Part of our stand at the fair, with Nnena Kalu’s ‘Vortex’ pieces in the centre.

The days were long. The fair opened at 11am each day and closed at 8pm or 10pm. This didn’t stop us seeing Paris though. We were able to take in the Michel Nedjar exhibition one morning in the wonderfully atmospheric vault-like spaces below the Musée d’art et d’histoire du Judaisme. Nedjar visited the Outsider Art Fair later in the week and it was great to chat with him about his show and about our artists. It was a great honour to meet him. He was very complimentray of the work we were showing and he particularly liked the bold, imaginative drawings of Roy Collinson.

One evening we also took in an exhibition and book launch presented by the french gallery La Fabuloserie. They created a fantastic street party atmosphere outside their gallery with music from a brass band and an unforgettable performance by a large dancing monster! The monster, called a ‘Turbulent’ was created by artist Alain Bourbonnais many years ago! We also got to meet the great artist Francis Marshall, who also had work in the La Fabuloserie exhibition.

Me with the ‘Turbulent’

The fair has been another success for Outside In. We’ve sold some fantastic pieces of work and, most importantly, we have continued to raise the profile of the project. It was with great pride that three of us were able to talk to the public about the work that we do. We’ve made some great friends over the last few days and the project has gained some many new supporters.