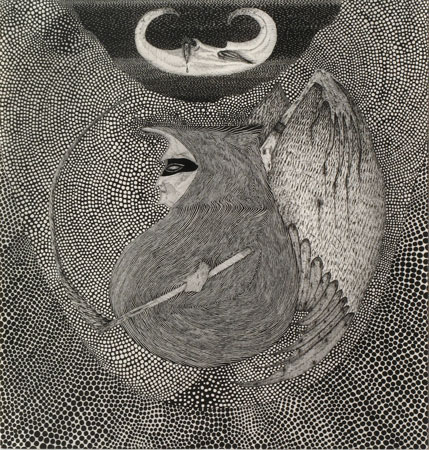 Nick Blinko has a strong underground following and status both because of his art and for being the lead singer of seminal early punk band Rudimentary Peni. His work has featured in Raw Vision and several outsider art exhibitions. He has also written several books, starting with Primal Screamer which was published in 1995. Primal Screamer is a semi autobiographical novel about a young man and his dealings with psychiatry set in an English village in the 1980’s. Nick Blinko has recently had a new book published entitled the Haunted Head.

This will be Nick Blinko’s first one man show and a unique opportunity to see his remarkable work of hyper intensity.

To see some more of Nick Blinko’s work click here:www.outsidein.org.uk/Nick%20Blinko