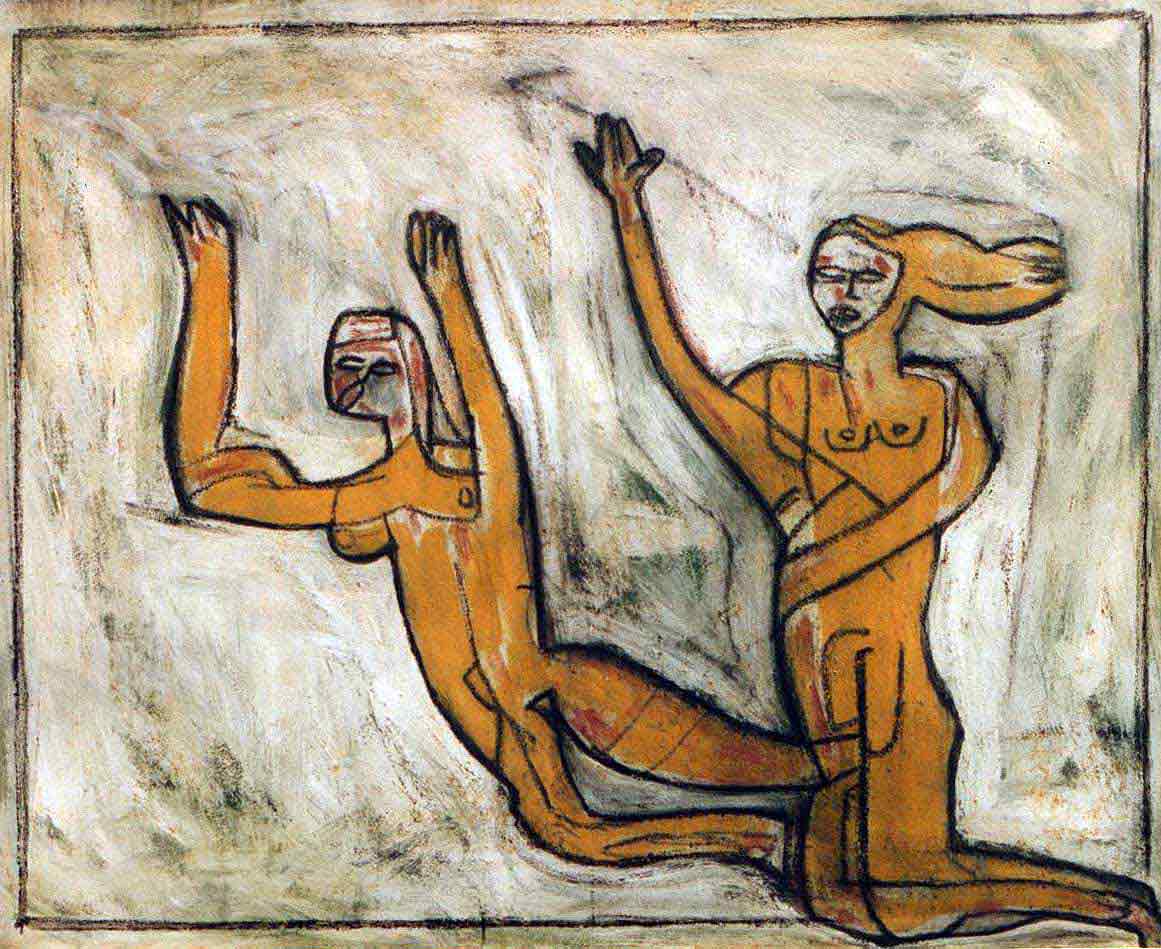 Roger Davison work 'Woman out of Woman', which appears in Outside In: National, is on www.thisiscornwall.co.uk.

Roger currently lives in Cornwall, but spent his former years in Asmara, West Africa. He freely admits to being influenced by Penwith's standing stones and stone circles, its rugged Atlantic coast, quiet bays and unspoilt morrland, while elements of these are to be found in his compositions, at the same time, as he says, they illustrate configurations of an inner life he experiences here.