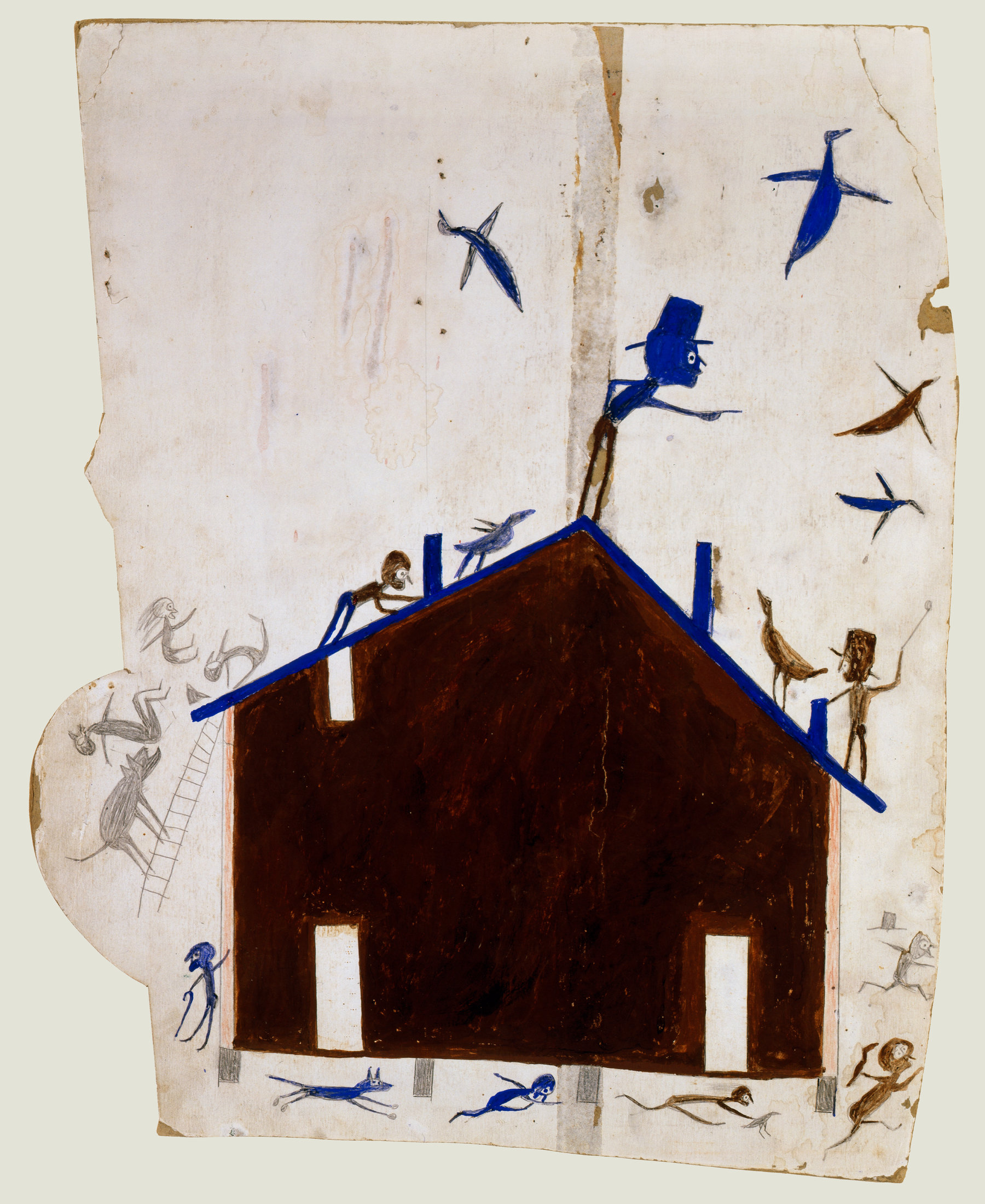 In the next in our series exploring the term ‘outsider art’, we hear from Outside In’s Training Programme Manager Kate Davey who explores the term and how it has been used in different contexts and looks to a future where all art can be seen simply as ‘art’. What do you think of the term? We would love to hear your views – and you can get in touch if you would like to contribute a viewpoint or a piece of work in any format by contacting Matt at matthew.forbes-dale@outsidein.org.uk or posting using the hashtag #outsiderartdebate.

“The term outsider art has for a long time been seen by those working in the area as ‘controversial,’ or a ‘label of labels.’ First coined in 1972 by British art historian Roger Cardinal, the term was a response to Jean Dubuffet’s Art Brut, or ‘Raw Art.’ Experiencing a golden age between 1880 and 1930, it was traditionally used to describe works created by individuals who were marginalised in some way from society – perhaps they had spent time in a psychiatric hospital, or maybe they lived their life in rural North America, unable to read or write. In its early years, and as a result of Dubuffet’s very strict manifesto outlining what could and couldn’t be considered Art Brut, the term described work that was free from the restraints and influence of society; work that was created with the absence of intention or preparation.

“Since its first use, the term has grown as other types of art that are ‘other’ to the mainstream norm have found a home under this seemingly all-encompassing umbrella. Today, many people will know outsider art in its looser, more muddled sense – work created by people experiencing mental health issues, those with a physical disability, self-taught artists who have not taken the traditional ‘art school’ route.

In various parts of the world, outsider art invariably refers to different things. In the US, for example, outsider art is perhaps better known as ‘folk art’ –Howard Finster, Grandma Moses, and Martin Ramirez. One of the most famous folk artists is Bill Traylor, an African-American self-taught artist born into slavery in Alabama in 1853. Traylor didn’t pick up a pencil until he was 85 years old, when he started working onto cardboard, documenting the memories and stories that made up his life. A theme in the work produced by American folk artists is spirituality; it is the result of a religious epiphany, or a calling from God. This is true in the case of Howard Finster, a Baptist minister whose works were ‘divine inspirations’ sent straight from God, and for Mr Imagination, who experienced a ‘peaceful spiritual vision’ after a shooting left him in a coma.

In Europe, much celebrated outsider art was discovered in the large imposing psychiatric asylums of the nineteenth and twentieth centuries– the intricate, all-consuming drawings of Adolf Wolfli or Aloise Corbaz’s bold depictions of fictional women. Much of this work was found and collected by forward-thinking psychiatrists in the hope these creative expressions would help with medical diagnoses. This, combined with the disillusioned modern art world’s need for something different, something raw and real at a time of serious political discontent, provided the perfect recipe for the rise in popularity of ‘psychotic,’ or ‘visionary’ art.

As you can see, work that falls under this umbrella is varied and diverse. As humans we categorise things to make sense of our world; we link new discoveries to past experiences, we group similar people or ideas. But there is an arbitrariness in the use of a term like ‘outsider art.’ We are, to put it crudely, grouping people diagnosed with mental health issues with prisoners, prisoners with those who have not attended art school, and those who have not been to art school with artists who paint or draw in a way that is not what we conventionally consider to be art. Unlike other twentieth century art movements, we are grouping people rather than art.

Outsider art defies the linear tradition of the art historical canon, stretching out over centuries in a decidedly non-linear way. However, it has had a huge influence on key figures in art history. Perhaps the best example being its influence on the Surrealists and the German Expressionists. It was the perfect new language for artists like Max Beckmann in the psychologically isolated and mechanical era of industrialisation in Germany. And then there are key examples of mainstream artists becoming patrons to their outsider peers: Ben Nicholson and Alfred Wallis, Charles Shannon and Bill Traylor.

Today we find ourselves asking: when does an outsider artist become a mainstream artist? This issue has become increasingly topical in the last few decades, particularly with the rise of a commercial market for outsider art. Who gets to decide who is in, and who is out? This quandary has never been more prominent than in ‘outsider artist’ Joe Coleman’s barring from the New York Outsider Art Fair in the early 2000s. The Fair, the first dedicated to showcasing and selling work made by outsider artists, said Coleman’s graduation from art school excluded him from this ‘outsider’ status. He had become, according to Fair organisers, too aware of the business of making and selling work.

The rise in popularity of outsider art across the world has led to more exhibitions in public institutions – for example, ‘Souzou: Outsider Art from Japan’ at the Wellcome Collection in 2013, or the Hayward Gallery’s ‘Alternative Guide to the Universe’ of the same year. This has led to calls for more consideration around the ethics of displaying outsider art to a wider public. For example, many outsider artists’ work only came to light after their death. Henry Darger, a janitor living in Chicago, worked in isolation for many years on his illustrated manuscript ‘The Story of the Vivian Girls, in What Is Known as the Realms of the Unreal.’ Arguably the most well-known outsider artist, Darger created his life’s work in secret, only for it to be found under his bed following his death in 1973. The unexpected emergence of his work has led to posthumous speculation about his gender identification and potential homosexuality. Did he want his work to be seen by a single other person, let alone exhibited as ‘art’ to a much wider public? If we are displaying this work, how do we do it, and how do (and can) curators and historians interpret and talk about it?

There is still some way to go, but things do seem to be progressing in many ways. The mainstream is continually being challenged, and artists are being better supported to navigate the complexities of the art world, putting their work, lives and stories back in their own hands. In 2018, the European Outsider Art Association’s annual conference focused on ‘the Artist’s Voice’; a sign that times are changing, and outsider artists are beginning to enjoy authority and ownership over their own work. As outsider art becomes internationally revered, ethically, we should continually be thinking critically about whether we are compromising or silencing an artist’s intention or expression; are we just writing them off as ‘other’? The first step on this journey is to cease using the term ‘outsider’ altogether, and instead, simply call this intuitive, raw and talented work ‘art.’”