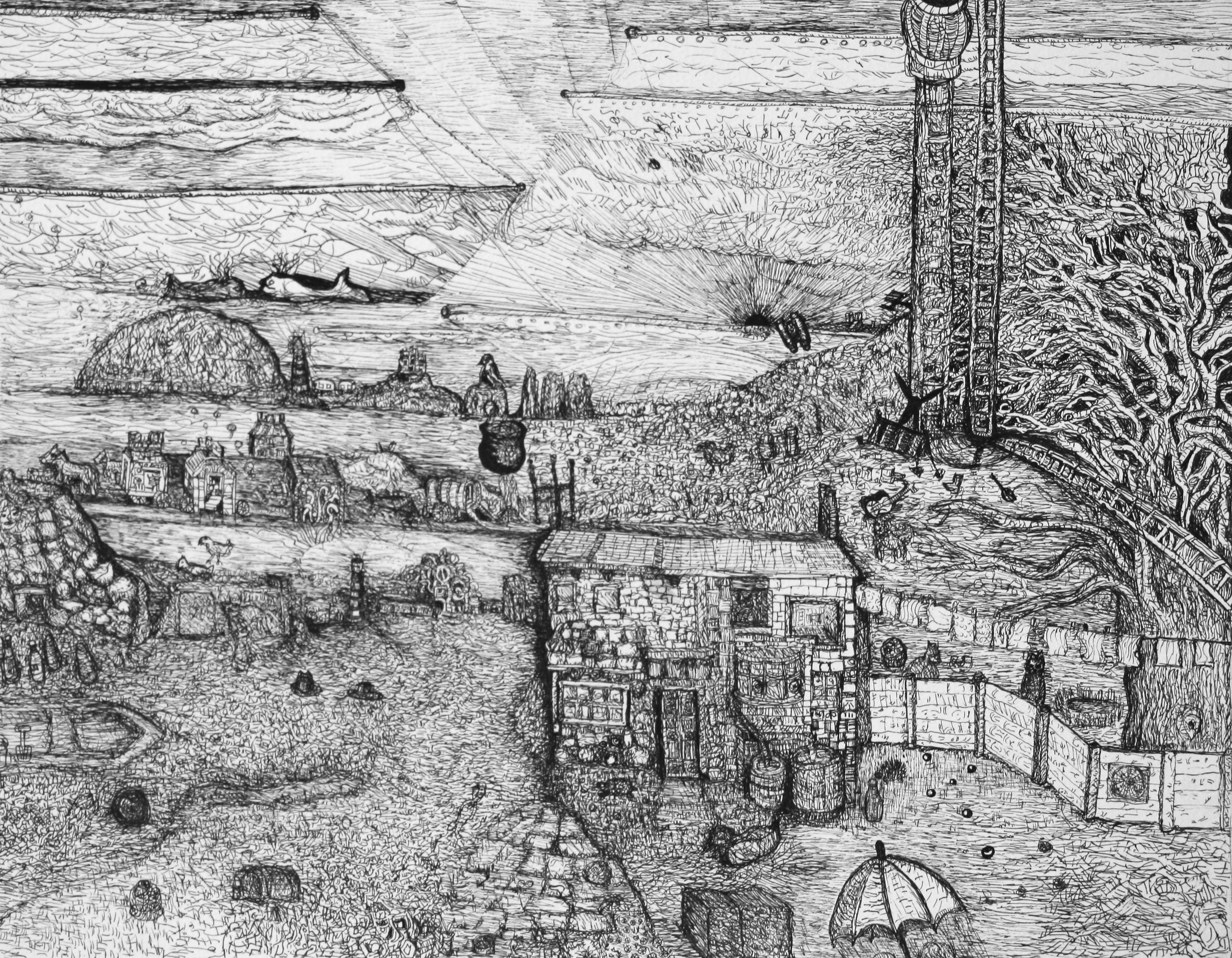 Outside In and Pallant House Gallery are delighted to present ‘Phil Baird: Simple Complex Drawings’; a solo exhibition of the intricate and imaginative drawings of Outside In: National Award Winner Phil Baird from 6 August – 8 September 2013.

The exhibition is in the Studio at Pallant House Gallery and admission is free.

Having been trained as an Outside In: Step Up workshop facilitator and then selected for both the Outside In: London and the Outside In: National exhibitions in 2012, Baird was chosen as a National Award Winner for his piece entitled ‘Cosmic Hat,’ with one of the prizes being a solo show at Pallant House Gallery.

Baird’s work combines imagination and observation, and he draws on a range of ideas and influences, including real life experiences and visual metaphors. ‘Simple Complex Drawings’ is a series of works that the artist began six years ago, which also formed the basis for his book of the same name. The series contains many of his visual metaphors, often with a nudge towards surrealist based landscape.

Baird describes his own work as: “the space where people can live in book houses, ships can sail across dry land and their sails hold up the sky.”