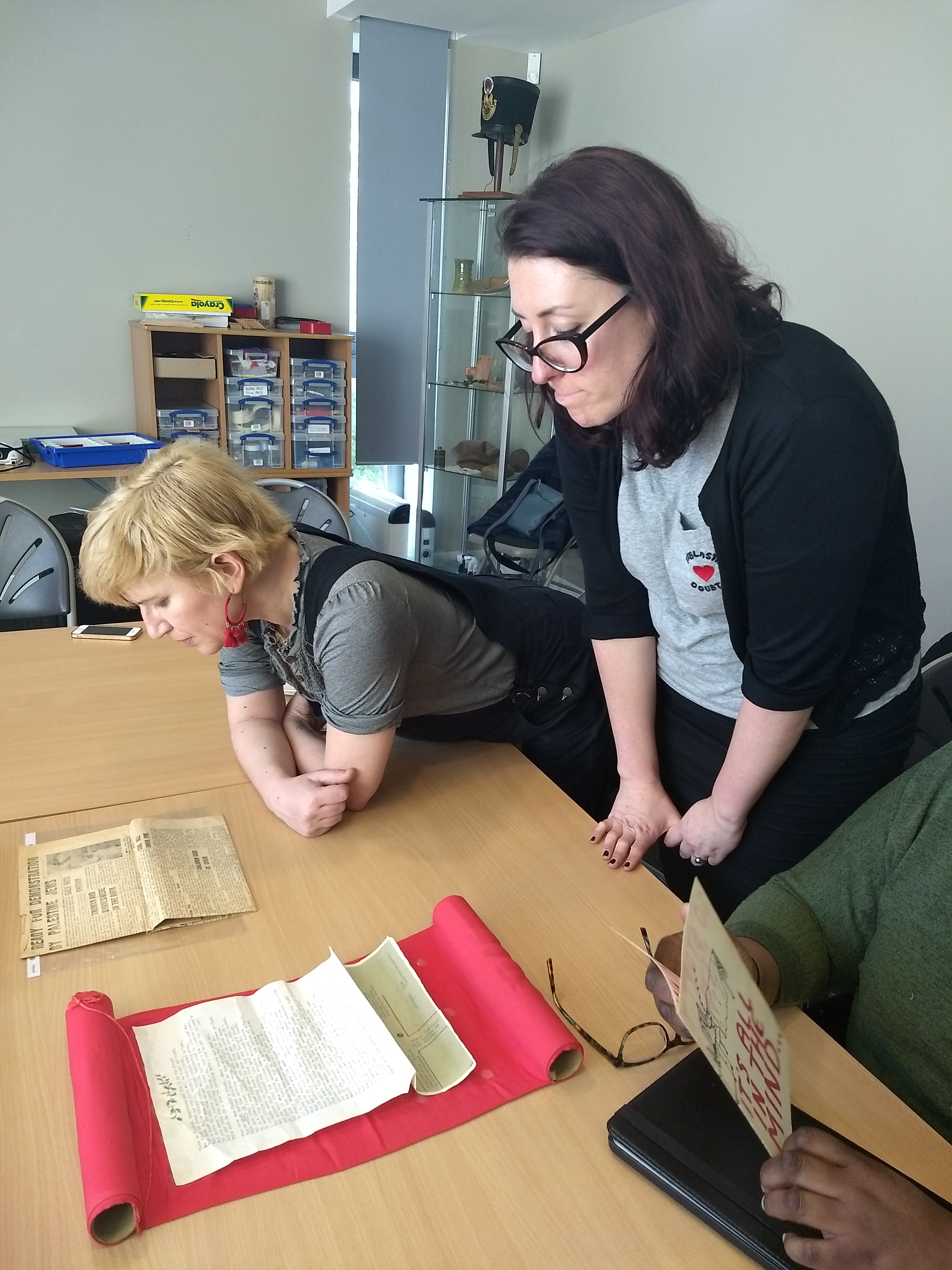 It’s hard to believe how fast the time has gone by, but on Monday 13 May we held the eleventh workshop of the Vawdrey Archive Project. We had a change of scene and returned to the Woolstaplers Room at the Novium museum for a further go at working on descriptions of some of the Vawdrey paintings, a process Jenny wrote about so vividly in her recent blog post ‘The indescribable descriptions’.

We were joined for the day by Toni Hardy of the Wellcome Trust (our esteemed project funders) who came to share her experience and knowledge with us, as well as to witness the ‘magic’ of our collaborative cataloguing approach.

Robust discussion, a fair amount of head-scratching and considerable hilarity ensued as we gathered in pairs to work on filling in a few more of the now familiar description forms. We also had time for a quick look at how some of our descriptions looked when transferred over to Calm, the database we use at West Sussex Record Office for our archive catalogue, looking how a typical entry appeared both at the ‘front end’ (as seen by the public on our Search Online facility) and the ‘back end’ (as seen by our staff) – my choice of terminology being the cue for further hilarity here.

There was a real treat in store for the afternoon session, with another visit from Alan Vawdrey, this time bearing a veritable box of delights in the form of a selection of material relating to his father all packed into a suitcase. All of us watched with avid interest as Alan produced treasure after treasure, lovingly wrapped in towels for protection, and laid them out for our perusal.

Framed black and white photographs, cards, letters, drawings and even a carved wooden owl quickly covered the table and the group were thoroughly absorbed as we pored over these precious and fascinating mementoes of the late Dr Vawdrey’s life and career. It was so interesting to get an insight into some of Dr Vawdrey’s activities prior to beginning his 30-year tenure at Graylingwell Hospital.

Photographs shed light on Vawdrey’s wartime experiences in the Royal Army Medical Corps (RAMC), with whom he served in the Far East and Port Said before his interest in psychiatry took him first to Edinburgh to study and then on to Graylingwell. One real highlight was a letter sent to Dr Vawdrey thanking him for his care for a patient he had treated in Japan – written on a length of toilet paper.

The number of cards, pictures and the like (notably including that beautifully carved owl) which were given to Vawdrey by his patients can be seen as a testament to how they valued and esteemed him; in turn the fact that he kept these creations for so long surely says something about his dedication to them in turn. It was a real privilege, and (without wishing to appropriate the voices of the group) I know that we are all so grateful to Alan for taking the time to bring these to show us and helping us to feel an ever greater sense of getting to know and appreciate his father.

Click here for more on the Vawdrey Archive Project