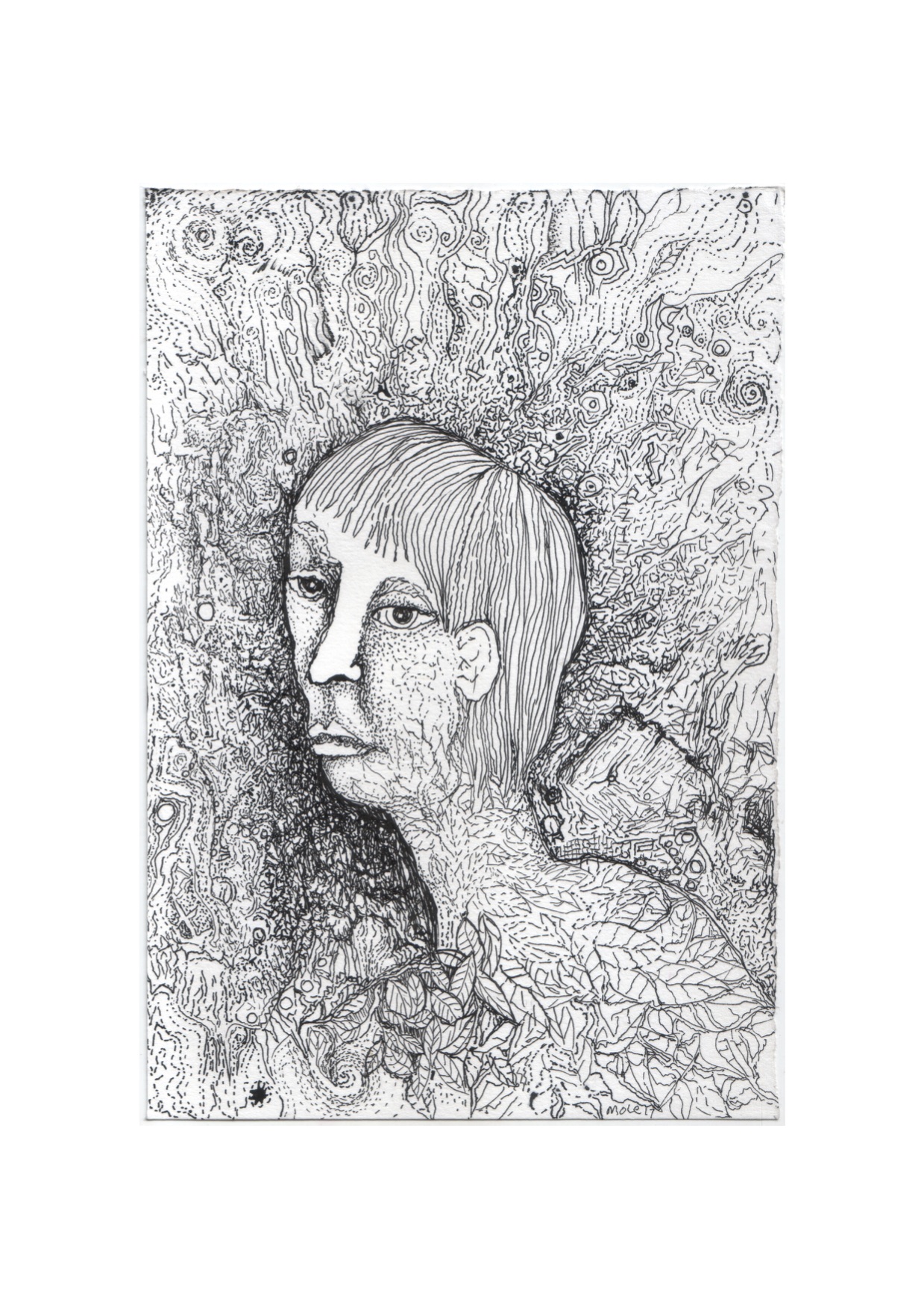 Editor of Disability Arts Online Colin Hambrook discusses both the ‘terrific opportunity’ and difficult questions the Vawdrey Archive Project offers. In this opinion piece he also reflects on his own experience of ‘old school asylums’ and concludes that there’s ‘a very important story to tell’.

I recently (18 February) visited a meet up with the artists working on the Vawdrey Archive project at the West Sussex Record office, having been invited by the project leader Rachel Johnston. The story of how the artwork from the Graylingwell Asylum came to be serendipitously deposited into the hands of Outside In is a mark of the respect that the organisation has accrued in its’ valuing of the creativity of artists who are marginalised by mainstream visual arts.

The place of what has historically been condescendingly referred to as ‘psychiatric’ art needs revision and here Outside In have a terrific opportunity to pay some respect to the individuals whose artwork is represented in this archive. There are clearly difficult questions about how to describe these unique pieces of work. How much of the image and mark-making do you include in your description without overdoing it? How much contextual information do you include?

Historically there has always been this thing about ‘objectivity’ in approaching this kind of work. But in reality I would question whether there is such a thing as an objective view. The history of writing about ‘Outsider Art’ is wrought with judgement of the individual artists, especially when it comes to artwork made from inside mental institutions.

The important thing, in my humble opinion, is to maintain a level of honesty; to lay the cupboard bare, so to speak, so that the voice of the writer is apparent. Some of the artworks talk to the viewer, especially those that depict direct messages to the psychiatrist Dr Vawdrey with images of an axe taking his head off. On learning that the artist had been subjected to an insulin coma, her anger at the doctor and the powerlessness of her situation becomes clear. The very fact that she is known as ‘Case 2’ says a lot about just how powerless she was in the face of this punishment dressed up as ‘care’.

Seeing a range of her work laid out in the Record Office, there is an immediate and obvious distinction in style between work made before and work made after the insulin induced coma. Traditionally this kind of context would have likely been left out or coloured by a sense of justification for subjecting someone to such cruel and barbaric treatment. The stereotype of the mentally ill person as dangerous comes from a history of society punishing individuals for being poor, homeless or in emotional distress.

Here there is an opportunity to give a more balanced record, perhaps. Insulin Coma Therapy was used extensively in the 1940s and 1950s, so when these artworks made by ‘Case 2’ were made, was at a time when the ‘treatment’ had mostly been replaced by the drug Chlorpomazine.

The history of psychiatric hospitals like Graylingwell and those individuals who lived in those institutions is a history that needs recording. As a society we can only learn from the mistakes we make by taking a view of what we have done in the past. And the history of Psychiatry is riddled with attitudes, beliefs and practices that are a complex mix of concern and ignorance; of good and evil.

Against the backdrop of using art as ‘therapy’ in these institutions you have to remember that at the basis of treatment of so-called mental illness, especially from the 1930s through to the 1950s were a number of treatments based on the idea of punishment as ‘cure.’

I had experience of the old school asylums from a young age through the 1970s and early 1980s. My mother was sectioned in 1969 and sent to Belmont Hospital. In my teens I volunteered in Netherne Hospital where I helped put paints out and talked to inmates in the Adamson Studio. Following that I went to Fairmile Hospital in Berkshire where I worked initially as a volunteer and then as an Occupational Therapy Helper in the early 1980s.

Although my responsibilities in the OT department were to put out materials, to look after the pottery wheel and kiln and to run ceramic sessions, the main object of this activity was to provide some humanity in an inhumane situation. As a mark of just how violent those places were it was not unusual for nursing staff to go through a ‘breakdown’ and to be sectioned for a time themselves.

I remember the ravaged toothless human beings who were the dregs of the aftermath of Victorian ‘charity’ in these institutions. The lie that their physical deterioration was the result of ‘mental illness’ not the torture they’d been subjected to, fuels my anger at Psychiatry to this day.

Although people subjected to Chlorpromazine (or Largactil as it was branded) were less at risk of being killed or brain damaged, than those given Insulin Coma Therapy, it was still a heavy duty treatment that severely impaired peoples’ motor skills and caused a condition of involuntary shaking known as Tardive Dyskinesia.

It has to be said that aside from the grim reality of sanctioned torture, there were also undoubtedly altruistic reasons for Adamson and Vawdrey to introduce art into the asylums they operated in. I’ve not read Dr Vawdrey’s paper on using art as a form of therapy, but it was clear he was looking for methods that went beyond the forms of punishment that had become institutionalised as acceptable treatment of the ‘mad’. It struck me as a mark of the validity in which he held his inmates artwork, that he kept the artwork that reflected back just how angry his patients were at the way they were being treated.

In documenting the Vawdrey archive my feeling is that the context in which the artists made the artwork and the intentions of the doctor and the institution itself have to be acknowledged with as wide a view as possible. The artwork that has been handed down to the archive is in a real sense a vindication of the human spirit to find creative avenues even in the most difficult of circumstances. And that is a very important story to tell.

More about the Vawdrey Archieve Project, including artist profiles and diaries from previous sessions, can be found HERE