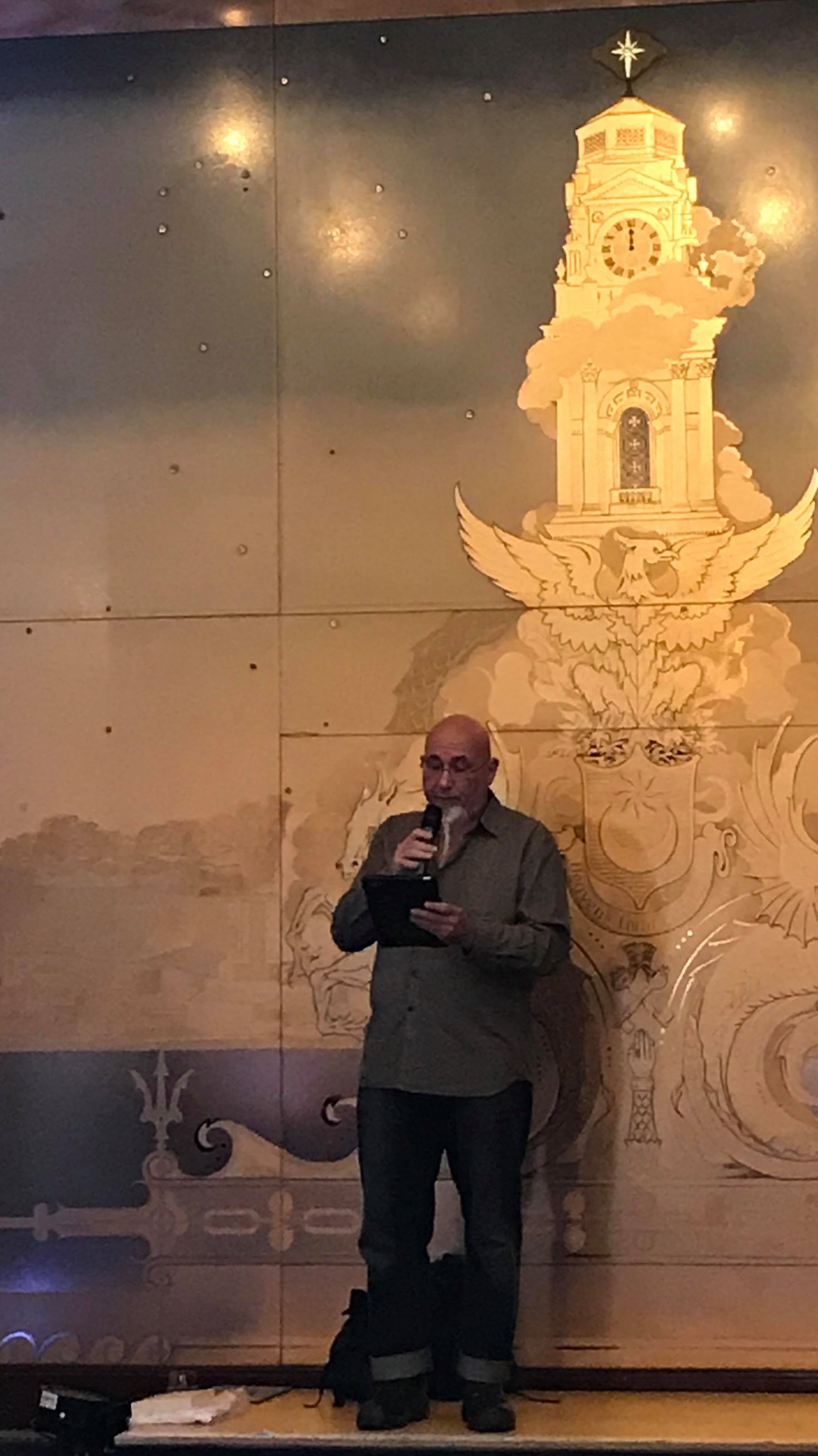 ‘If you wanted to know what it was like to stand on the Himalayas you would as someone who has stood on the Himalayas not their parents, friends or someone who’s seen it happen on TV’, those were the powerful words of artist Jon Adams at the official launch of The Flow Observatorium last week.
Outside In’s communications coordinator Laura Miles was in attendance and recalls the inspiring, uplifting and landmark event.

The charity describes itself as a ‘user-led hub campaigning for equality, respect, recognition and parity within the arts, culture and society for every Neurodivergent person’.

Or, as Jon (pictured left) put it another way: “Pants to awareness. Flow seeks more understanding and acceptance.

Held in the spectacular setting of Portsmouth’s Guildhall, the event seemed to combine being both a celebration of the work done so far, a call to action for more – highlighted by a powerful reading of the neurodivergent arts manifesto – and a positive glimpse of what the future could be like.

Acknowledging the journey which had brought ‘FlOb’, and his co-founder artist Donna Bish, to this point, Jon explained: “It’s not been an easy road to get to this point – Flow has been born out of pain and trauma – some very personal and some looking outwards and  seeing how neurodivergent artists have been traditionally treated and marginalised – sorry, myth busting warning; I’m showing empathy here.

“We don’t fight autism or dyslexia or any other neurodivergence – we fight prehistoric and stereotypical attitudes.”

He added: “I don’t live with autism or dyslexia – I live with my wife and two cats.”

To find out more about The Flow Observatorium, click HERE